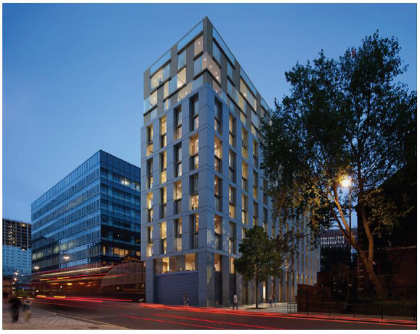 Asian hospitality company Dorsett Hospitality International, which owns and manages some 25 properties in Asia and is one of the largest hotel operators in Hong Kong, is opening two new hotels in London in 2014 and 2015.

The first property will be the Dorsett Shepherd’s Bush,, slated to open at the beginning of next year in the former Pavilion Cinema in Shepherd’s Bush. The 322-room four-star hotel will preserve the Grade-II listed façade of the cinema. The second hotel, the Dorsett London City is located at 9 Aldgate High Street, formerly known as The Matrix, an existing office building immediately east of the junction of Fenchurch Street and Leadenhall Street above the Aldgate tube station.

Dorsett is adding three storeys to make the building into a nine-storey hotel with approximately 260 guestrooms. The group says it is looking at a projected room rate of between £127 to £147.