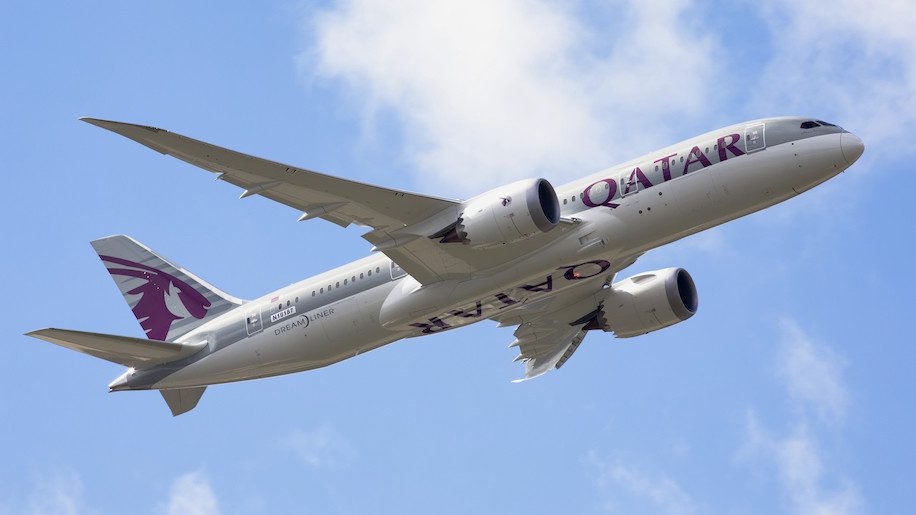 Qatar Airways has become the first carrier to offer scheduled Boeing 787 Dreamliner services to and from the UK, after the aircraft touched down at London Heathrow today (December 13).

“Today we inaugurate our 787 on the London Heathrow route, putting Qatar Airways firmly on the global aviation map as a carrier with a determination to continue its expansion drive and improve an already superior in-flight product.”

“The Doha – Heathrow route is one of our most popular international routes and it was only fitting that we deploy our new 787 to and from London.”

Qatar took delivery of the first of 60 Dreamliners last month with the third B787 joining the airline’s fleet just days ago. However the delivery process has been marred by delays and technical faults, with the recently delivered third aircraft encountering the same problem that has forced one of United’s Dreamliners to make an emergency landing, namely a faulty generator.

This aircraft is now grounded for the next few days and Al Baker was outspoken about the delays, saying “I am very disappointed with Boeing. I think they have to get their act together very fast because we as Qatar Airways will not accept any more defects with our aircrafts.”

“I am very disappointed with Boeing. I think they have to get their act together very fast because we as Qatar Airways will not accept any more defects with our aircrafts.”

When asked if Qatar will be seeking compensation from the aircraft manufacturer following the delays, Al Baker responded: “They will have to [pay compensation] if they deliver another plane that I cannot fly. We are not buying aeroplanes from them to put in a museum, we are buying aircrafts to use.”

The original delivery schedule had Qatar expecting 30 Dreamliner aircraft by the end of next year, but the carrier now expects to have just ten by that stage.

Qatar has recently announced it will deploy the Dreamliner between Doha and Perth (see online news December 12) becoming the first airline to launch regular Dreamliner flights to and from Australia.

Qatar Airways’ Dreamliners are equipped with wifi internet access, touchscreen Android IFE systems, and a two-class configuration with a brand new business class product in a 1-2-1 configuration and economy in a 3-3-3 layout.

To read a review of the business class product on board Qatar’s Dreamliner on a delivery flight between Seattle and Doha, see