Hyatt will open the first UK property under its select-service Hyatt Place brand on May 18.

The 170-room Hyatt Place London Heathrow Hayes is located on the Uxbridge Road in Hayes, about a 20-minute drive from the airport and 5km from the Bath Road.

Business Traveller had a tour last week as it was being fitted out. The 12-storey building once housed the Heathrow Gate hotel but was vacant for several years before being renovated by Hyatt.

Reception is located on the first floor and, in line with the Hyatt Place concept, is open plan with a lounge, Coffee to Cocktails bar and 24-hour Gallery Market containing pre-prepared snacks and dishes for heating up. “Gallery hosts” multitask to check in guests and work across these areas. There is also a bright Gallery Café serving breakfast (pastries, fruit, yoghurt, juice and hot drinks included in the room rate; hot buffet including eggs cooked to order £13.50) and dinner.

Rooms on upper floors offer good views of the surrounding areas, with some of London’s landmarks visible in the far distance. The property also has 192 sqm of meeting space and a 24-hour gym with Life Fitness equipment. General manager Sarru Swanni said that she expected the hotel to attract not only people using the airport but business travellers visiting offices in Stockley Park business estate (6km away) and leisure guests visiting Wembley Stadium and other attractions in the wider area.

The first European property opened near Amsterdam Schiphol airport in 2014, with the UK hotel being the second.

Guido Fredrich, Hyatt’s regional vice-president for acquisitions and development, said the group had further plans to expand in Europe.

He said: “The first ones in Europe just happen to be airport hotels or in locations surrounding airports. In complete honesty, though, that wasn’t so much a strategy. We think it worked out well because it increases [the visibility] but the next step now has to be to focus on city-centre locations in the UK and in Europe at large.

“We’re very ambitious, we have high expectations for the brand and we think there is a lot of potential throughout Europe, especially in the UK. We’ll be looking at cities such as Manchester, Glasgow and Birmingham. In Germany, most of the major cities could do with one. We think it’s a great brand and because of the quality and the flexibility it provides, we think Europe can support quite a number of properties.”

He added: “We’ve got a few strong projects in the pipeline. We’re very excited and I think you’ll see the brand grow exponentially in Europe over the next couple of years.” 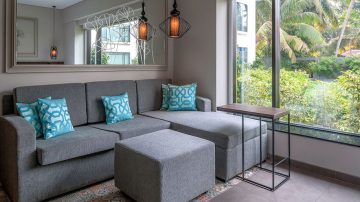