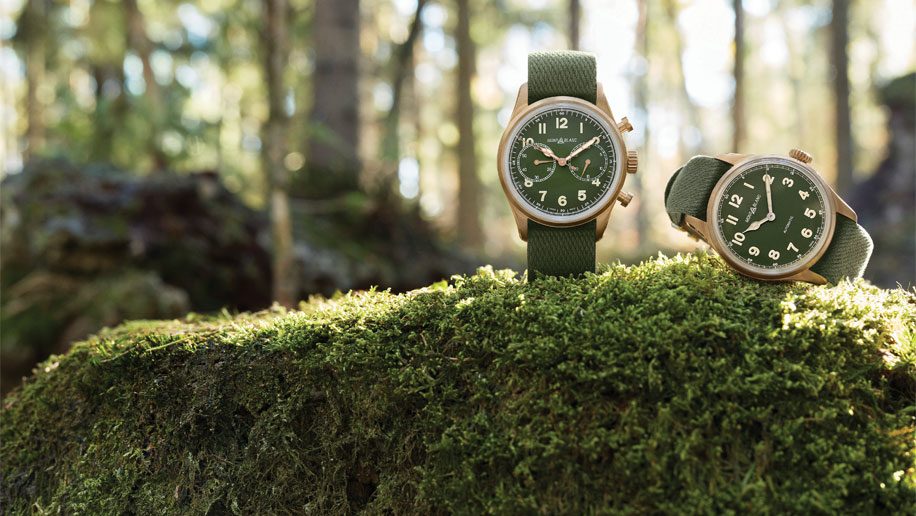 Long a niche material in watchmaking, bronze is entering the mainstream with the help of Montblanc’s 1858 collection, writes Chris Hall

A little less than 5,500 years ago, the Sumerian society in ancient Mesopotamia – modern-day Southern Iraq – developed the ability to smelt copper and alloy it with other metals, initially arsenic but later zinc and tin. The Bronze Age was born and, with it, the birth of civilisation as we know it: over the next 1,000 years the Sumerians – and those around them – would develop a written alphabet, central government, medicine, religion, laws, pottery, architecture and economic administration.

The Sumerians also laid down the basis of modern mathematics, and, although their sexagisimal system – based around the number 60 – was replaced relatively quickly by the decimal system, it lives on unquestioned in a system so ubiquitous that we rarely stop to think about it at all. The 60 minutes in our hours, the 12 hours in our days and 12 months in our years all trace back – despite the best attempts of various Roman emperors and French revolutionaries to mess with the system – to ancient Sumer.

Bronze, of course, has also survived – although its place as (literal) cutting-edge technology was never going to last. Today, it is most prominently used for musical instruments, coins and sculptures, although some industrial uses persist. And in recent years, we have been able to add watch cases to that list.

There have been bronze watches on the scene since the late 1980s, but they were vanishingly rare until the early 2000s, and remained a niche proposition until just a few years ago; bronze’s more recent history of maritime use meant that it was typically picked up by dive watch brands to add a little marketing sizzle.

Only in the past two years have we seen it become something offered as a straight-up alternative to stainless steel – something with a bit more lustre but without the price premium commanded by gold. And no brand has been as eager to embrace bronze in this way as Montblanc, via its 1858 collection of vintage-inspired chronographs, aviation watches and worldtimers. Since 2017 the brand has introduced six different bronze-cased watches, including an 1858 automatic and a dual-time model that combined steel and bronze. Now, for 2019, it has added a further four watches in the metal.

A side note for a minute about bronze, if you will permit me. Copper alloys have a tendency to discolour (think of the Statue of Liberty), and bronze in its simplest forms is no different. Exposure to air and water turns it a muddy green, and for years this was the appeal of a bronze watch – each would patinate in a slightly different way, depending on how careful you were with it, and after a few years you’d have a watch with a personality and maybe a few memories. (Watchmakers would typically use an inert metal such as titanium or steel in the caseback to avoid skin contact with the bronze.)

Tastes have changed, however, and with bronze broadening its appeal, manufacturers such as Montblanc have started to use what’s known as aluminium bronze, which has a much higher resistance to general corrosion, including seawater. So you won’t catch one of these looking like something an archaeologist fished out of the Mediterranean, although they will still discolour gently over time.

That’s probably good, for several reasons beyond personal taste. The first is that Montblanc’s hero piece, a split-second monopusher chronograph with a gorgeous black dial marked with telemetric and tachymetric scales (gauges for calculating speed and distance) is not the kind of watch you would want to see muddied up. A limited edition of only 100 pieces, it may be big, at 44mm across, but it’s graceful. Turn it over and you’ll see a swirl of silver levers and springs that have been polished to perfection. These chronograph movements are direct descendants of some of Switzerland’s absolute finest, made by a firm called Minerva (now owned by and incorporated into Montblanc), and command the undying respect of watch purists, regardless of their occasional tendency to view Montblanc as a penmaker with aspirations. For me, this watch is a bargain, even at £29,000.

The second reason you’re not going to want your new bronze-cased Montblanc 1858 to be slowly turning green is that this year most of them are green already, and emphatically so. For those of us unable to sell a kidney for the limited edition, Montblanc has released an automatic watch (£2,565), a simple chronograph (sans Minerva movement; £4,200), and a “Geosphere” (equipped with a compass-point bezel and two hemispherical representations of the Earth, intended to capture the spirit of exploration; £5,200), all in a rich shade of forest green. Green dials, green straps and, on the Geosphere, a green ceramic bezel.

The watches are handsome, although at times the green is a bit much – I would swap the strap for black, brown or grey. However, you have to admire Montblanc’s efforts to bring bronze into the mainstream, giving us watch addicts yet another choice to agonise over into the bargain. 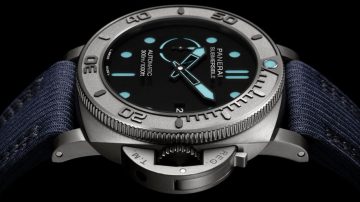 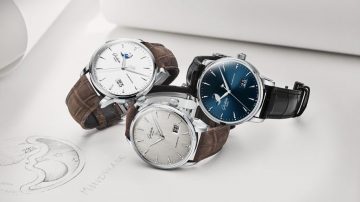 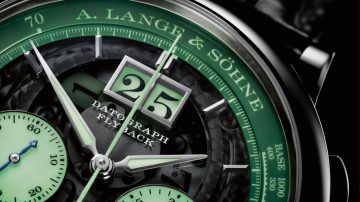 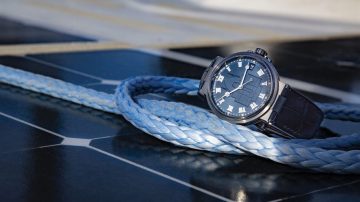 Features
Watches: The longitude and the short of it
28 Sep 2018
Loading...