These airlines are social distancing 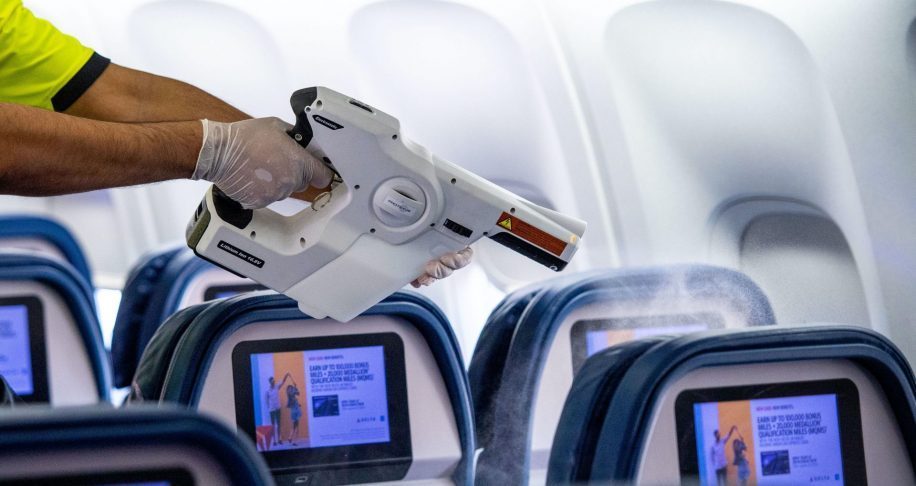 A number of airlines around the world are bringing social distancing to the skies in an effort to minimise contact between passengers and cabin crew amid the coronavirus pandemic. This often involves creating distance between passengers by leaving the middle seat empty and limiting inflight trolley services to curb the spread of the virus.

Below is a running list of some of the carriers practising social distancing onboard:

Air Asia said it will sell a limited number of seats on domestic flights in Thailand, and guests will be distanced on these flights with alternate seating and “appropriate controls right from booking”. Social distancing will also be enforced on shuttle buses, the carrier said.

Allegiant says that “Customers are encouraged not to book the middle seat, unless it’s to ensure families can sit together.”

CEO Doug Parker in a recent webcast said that American Airlines was “blocking 50 per cent of standard middle class seats onboard.”

Delta is blocking the middle seat on all flights in Main Cabin, Delta Comfort + and Delta Premium Select cabins until at least the end of June.

It is also pausing automatic, advance Medallion Complimentary Upgrades and instead processing any available upgrades at the gate and modifying the boarding process so customers will now be boarded by row, starting from the rear of the aircraft toward the front.

The airline has grounded its fleet, but when it starts flying again, is looking at keeping the middle seat free, according to its CEO, Johan Lundgren.

“Our assumption is that load factors will not be back to normal early on, which means that we will have the opportunity for a middle-seat option, but I’m talking about this as an initial phase and nobody knows how long that phase will be,” Lundgren said. “We’re also looking at various disinfection programmes on the aircraft.”

Japan Airlines is practising social distancing on domestic flights by blocking its middle seats until June 30.

A seat map of its Boeing 737 aircraft posted on the airline’s website shows that the carrier has blocked all middle seats in its economy class cabin from being booked and only eight out of 20 seats in Class J (the airline’s business class product) are available for booking. This means customers will not be able to book seats next to each other.

KLM says that it has “initiated clear social distancing measures at Schiphol and our international airports and – whenever possible – during flights (passenger seating patterns).”

Qatar Airways is encouraging social distancing where possible, especially on flights with lighter loads. Distancing is also implemented during the check-in process, ensuring passengers are allocated seats far apart from each other.

The airline is not looking at keeping the middle seat free. CEO Michael O’Leary said the idea was ‘mad’, ‘hopelessly ineffective’ and also unaffordable. Instead O’Leary thinks face masks and temperature checks at the airport would be more effective.

United says that by the end of April it will have implemented new seating policy changes, which will remain in place until May 31. These include:

Previously…. passengers travelling with Virgin Australia on domestic flights will be seated next to an empty seat as part of a new social distancing policy announced by the airline.

The Australian carrier said the new policy, which will be in place “until further notice”, will also include a simplified onboard menu offering to reduce contact between passengers and the airline’s crew. Complimentary water and a snack will be served to all passengers, and food and beverages will no longer be available for purchase onboard.

Virgin Australia said the new seating arrangements will be applied through the airline’s reservation system which can block seats between travelling parties.

“We would basically be blocking a third of the airplanes,” Varadi told Reuters in a telephone interview. “A 180-seater would become a 120-seater.”

Loading comments...
Read Next
The world of serviced apartments during lockdown – London
Read Previous
Easyjet: how to cancel and get a refund on your flight

News
Here are the steps Qatar Airways is taking amid the coronavirus pandemic
2 Apr 2020
Loading...