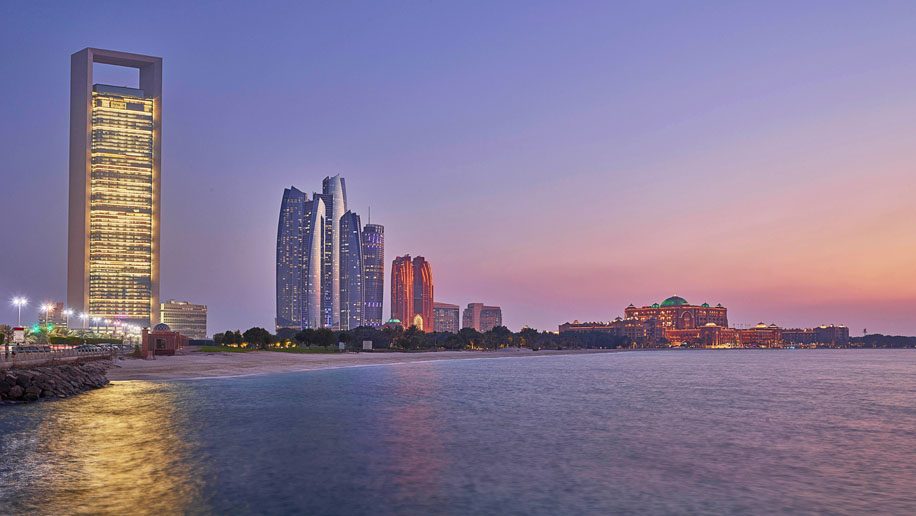 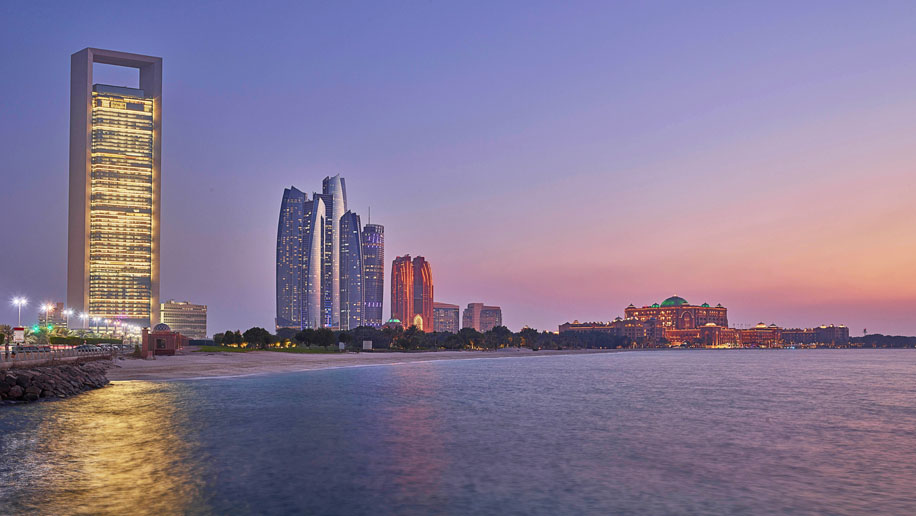 Towering skyscrapers, a turquoise sea, bustling markets and a ray of positivity — welcome to Abu Dhabi. The capital and second most populous city of the United Arab Emirates, Abu Dhabi’s rapid urbanisation in the past few decades has given it the stature of one of the most powerful and futuristic metropolises of the world. Sitting in the centre of the globe, Abu Dhabi is easily accessible from almost all key hubs — European, Asian, African, American or Australian. And now that the UAE is open to all vaccinated travellers without quarantine, the emirate has become the “go to” destination for families, leisure and business travellers alike. Credit goes to Abu Dhabi’s Go Safe certification programme that was announced back in 2020. A strategy to revive the tourism sector post the pandemic, the Go Safe Certification enforces global standards of safety and cleanliness at hotels, attractions, and venues across the emirate.

“Abu Dhabi is setting a new standard for best practices in tourism, following the high praise that the UAE has received for the proactive approach through which the government has addressed the current situation. As we look forward to reviving tourism in the capital, we aim to not only meet, but to exceed all existing international benchmarks through a strategy that promotes consumer safety in every step of the way; from the moment they land at our airports to their eventual departure. The launch of Go Safe goes hand-in-hand with the efforts of the Abu Dhabi government to combat the spread of diseases, which include widespread testing, city-wide sanitation, social distancing, and enhancing healthcare services,” said Ali Hassan Al Shaiba, executive director of tourism and marketing, Abu Dhabi Department of Culture and Tourism, during the launch of the initiative.

W Abu Dhabi – Yas Island became the first hotel to be certified under the emirate’s Go Safe certification programme. Today, most of the city’s establishments including hotels, malls, museums, theme parks, entertainment spots, family attractions and restaurants have received this label. With 90 per cent of Abu Dhabi’s population being vaccinated and rigorous hygiene standards being followed across the city, the emirate is not only safe but also an exciting destination to visit right now.

Even though the city has metamorphosed into a modern hub, its ancient roots and history are well preserved in its character and tourism. Abu Dhabi will surely mesmerise you with its architecture and draw you in with its antiquity. Its entertainment venues, nature-oriented destinations and luxurious beaches will spoil you for choice. 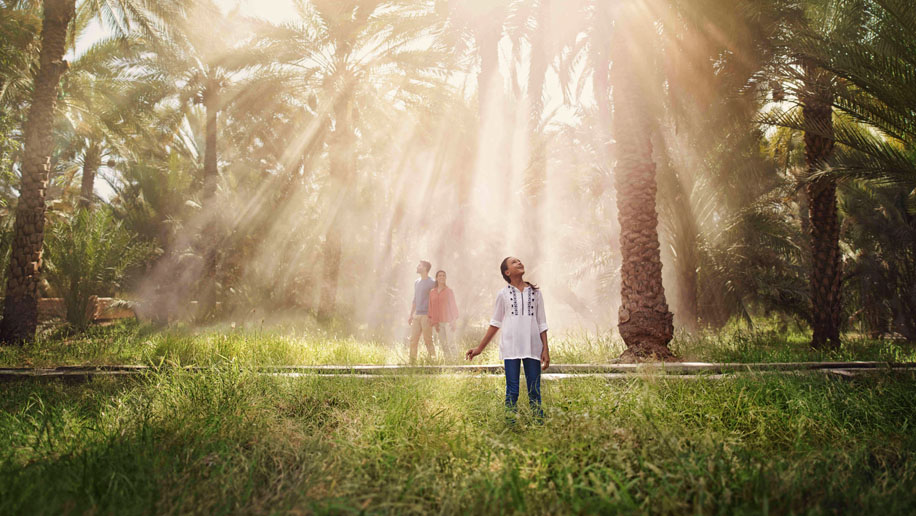 Whether you’re interested in history, looking for that adrenaline rush or just wanting to kick back and relax in a luxurious hotel, chances are that you’ll find what you’re looking for in Abu Dhabi.

To delve into past, drive about an hour and a half away from the city and visit the ancient tombs in Al Ain which have been qualified as UNESCO World Heritage Sites. The capital’s garden city and one of the world’s oldest permanently inhabited settlements, Al Ain is sequestered with old-world forts, archaeological parks with artefacts, quaint camel markets, historic palaces, an equestrian, shooting and golf club, and bustling souks (markets) that retail traditional Emirati products. The Al Ain Oasis is a must-see for nature lovers. Families can also visit the Al Ain Zoo that’s home to 4,000 animals for a fun-filled day. Here you can enjoy giraffe feeding, camel riding and also let your inner child out at an inviting petting zoo.

Opened in November, Abu Dhabi’s newest attraction — the National Aquarium — is home to 46,000 species of 300 different species across ten zones. The aquarium presents a range of dynamic experiences for the visitors, featuring awe-inspiring biodiversity. Vibrant and rare fish, along with hammerhead sharks, bull sharks, birds and reptiles entice visitors. The main attraction of the aquarium is the reticulated snake, which is considered to be the largest living snake in the world. 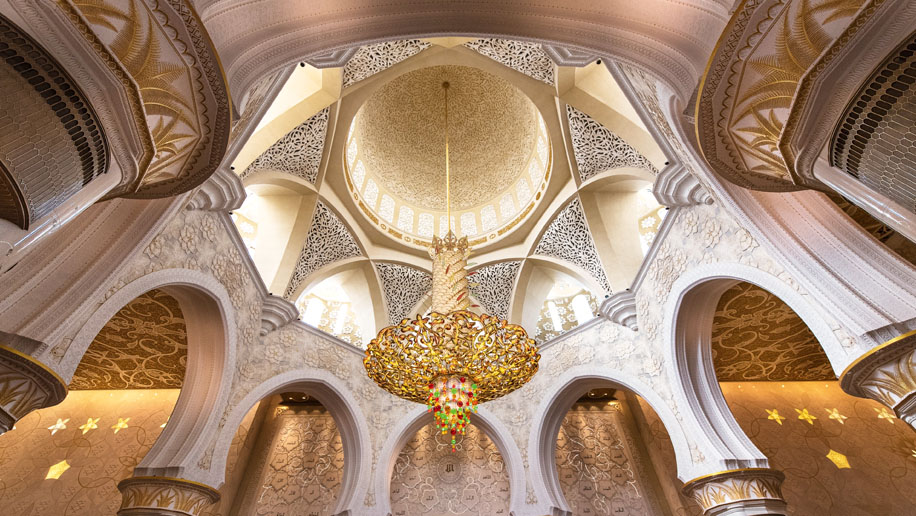 Spread across a magnanimous 30 acres, with the space to welcome over 40,000 people, the Sheikh Zayed Grand Mosque was built with design ideas inspired from parts of Turkey, Morocco, Pakistan and Egypt, among other Islamic countries. Entering the mosque, you are bedazzled by its 1,096 amethyst-and-jasper-embedded columns, gold-plated Swarovski chandeliers, reflective pools, 82 white marble domes and iconic prayer hall. A courtyard featuring one of the largest marble mosaic artworks in the world and a Guinness World Record for the largest hand-woven carpet are its other highlights. 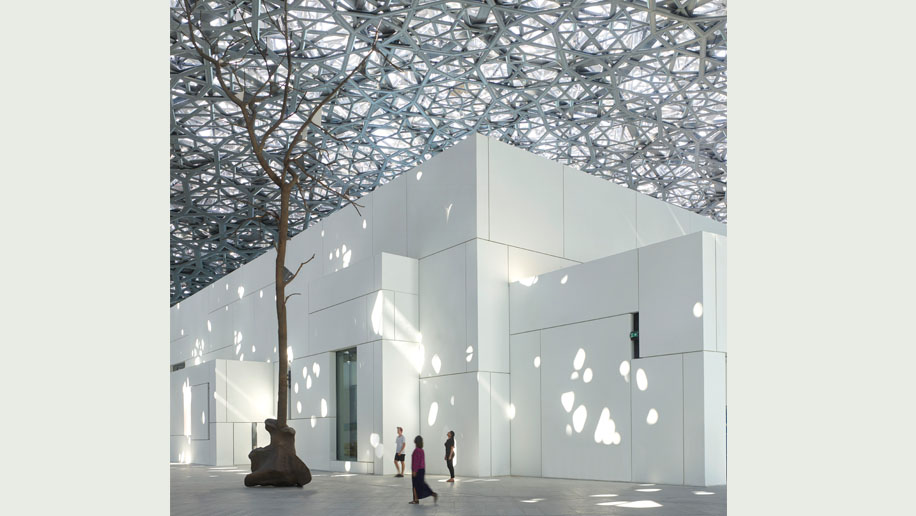 To satiate your love for art, visit the magnificent Louvre Abu Dhabi on Saadiyat Island  that has been designed by Pritzker Prize-winning architect Jean Nouvel. With a permanent gallery of local, regional, international artefacts and artwork on display, the Louvre is “France’s largest cultural project abroad”. The Louvre Abu Dhabi had already attracted two million visitors in 2019, making it the most visited museum in the Arab world. 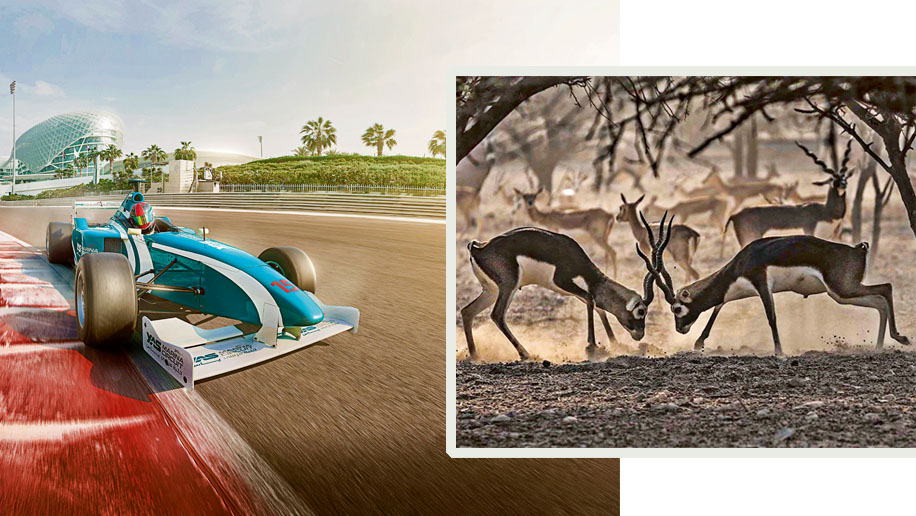 Without a doubt, the country’s most finest sporting and business venue, Yas Marina Circuit uplifts Abu Dhabi’s status as a global entertainment and sporting destination. This world-renowned circuit plays host to several host events throughout the year, including Formula 1 Etihad Airways Abu Dhabi Grand Prix. Yas Marina Circuit also prides itself on walking, running and cycling tracks as part of the TrainYAS programme.

Sir Bani Yas Island is one of eight islands that make up the desert islands of Al Dhafra. A nature oriented destination, this island is home to an array of wildlife and houses a range of family-friendly adventure based activities. Five-star boutique hotels, luxury villas, purpose-built stables and historical sites encompass this gorgeous isle. Head to the Arabian Wildlife Park for safari-kind wildlife spotting where you can get up close with 7-000 free-roaming animals, including Arabian oryx, gazelles, hyenas and cheetahs. 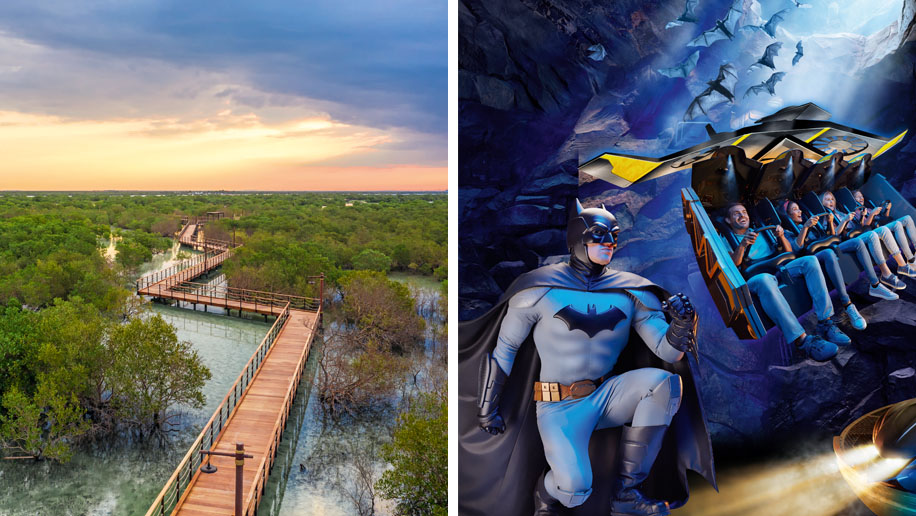 If nature experiences are on your mind, bookmark Jubail Mangrove Park — the first self-contained educational, nature and leisure destination of its kind in the Emirate of Abu Dhabi. Here, you can explore bird and marine species that call Abu Dhabi their home. But firstly, this is a mangrove sanctuary.

Lined with the above touristic offerings, it is no surprise that Abu Dhabi is home to some of the globe’s finest hospitality names. Being a hub for business and leisure travel, international hotel brands find the UAE capital as an obvious choice. Only recently, Abu Dhabi saw the opening of the 257-key Warner Bros. World Abu Dhabi. Making waves with its launch, the hotel welcomes families who want to live their big-screen dreams in reality. Spread over eight levels with modern decor, the property celebrates Warner Bros.’ extensive film and television history. The W Dubai – Mina Seyahi is also in the pipeline. The 31-storey hotel will feature 318 guest rooms, including 26 suites and an Extreme Wow Suite (W’s take on a Presidential suite). Overlooking the Mina Seyahi bay area, a new poolside sunset experience will be a highlight. Next on the cards, Yas Bay will get another Hilton hotel. Branded as DoubleTree by Hilton, the 156-key hotel (including three bedroom apartments) is deemed to house multiple and undisclosed recreation facilities. The well known Marriott hotel Sheraton Abu Dhabi Hotel & Resort has also reopened with a fresh and modern look. With sleek, airy interiors and the latest technologies, Sheraton’s 279 rooms and suites have been refurbished with a contemporary design. 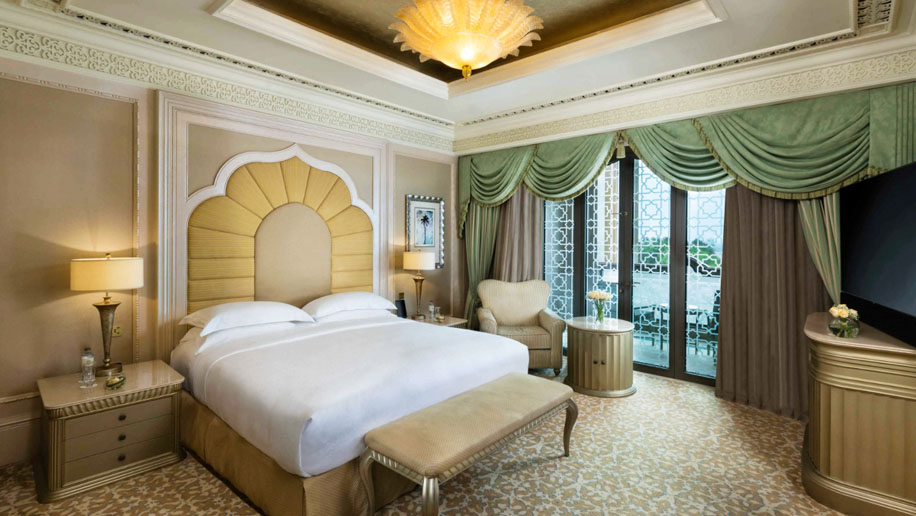 An epitome of luxury, the Emirates Palace cost almost $3 billion to construct. The Palace first opened its doors to guests in November 2005 and has 394 luxury rooms and suites. It is now operated by the Mandarin Oriental Hotel Group. Their world-famous signature Le Café has a delicious variety of delicacies. Next on the list of known names is Hakkasan and the serene beach side restaurant-BBQ Al Qasr. For guests that want to indulge in a decadent Indian meal, they can book a table at Martabaan by Hemant Oberoi. The hotel is home a luxury spa that is spread out over 1,500 sqm and has 7,000 sqm of meeting space. mandarinoriental.com 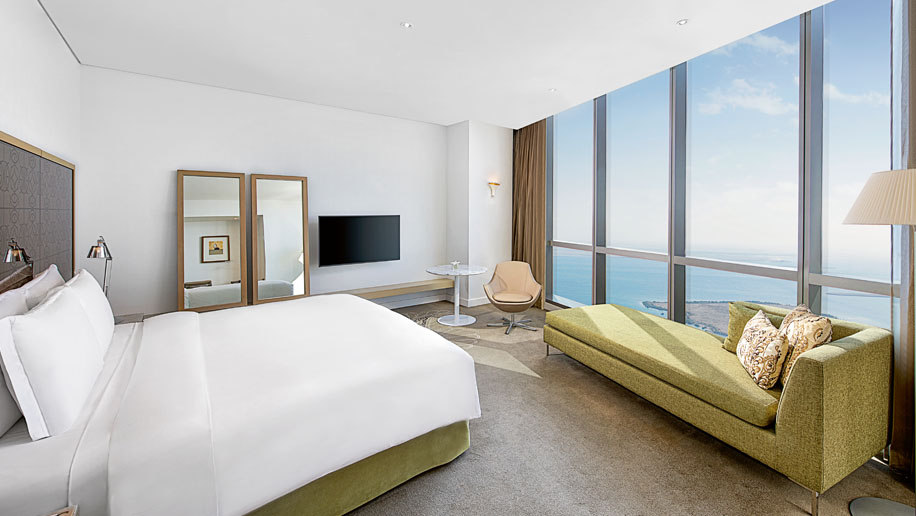 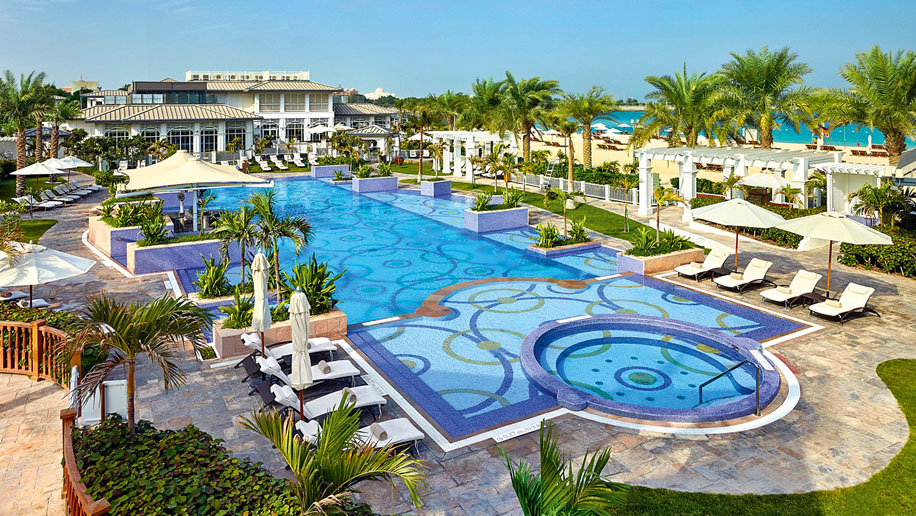 The St. Regis Abu Dhabi blends authentic Arabian hospitality with classic St. Regis sophistication. It is located at the vibrant heart of Abu Dhabi’s Corniche and features 283 rooms and suites. Each of the hotel’s accommodation overlooks beautiful vistas of the Abu Dhabi Corniche. The Terrace on the Corniche is ideal for fine flavours of the region and a modern perspective on international cuisine. The St. Regis Bar is perfect to relax at after a busy day. Head to Villa Toscana for rustic and authentic Italian cuisine from Tuscany. The Nation Riviera Beach Club features a private beach, secluded cabanas, a spacious infinity pool complete with gardens and a swim-up pool bar as well as exclusive fitness facilities. stregisabudhabi.com 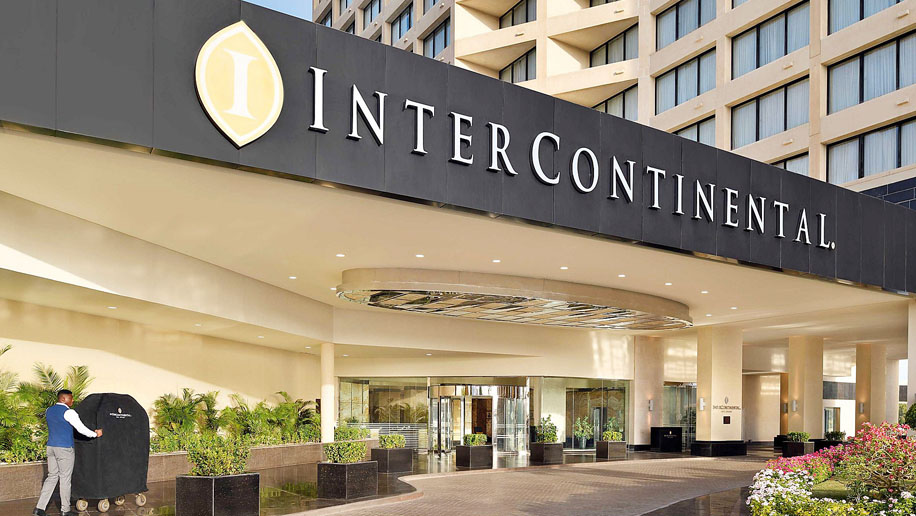 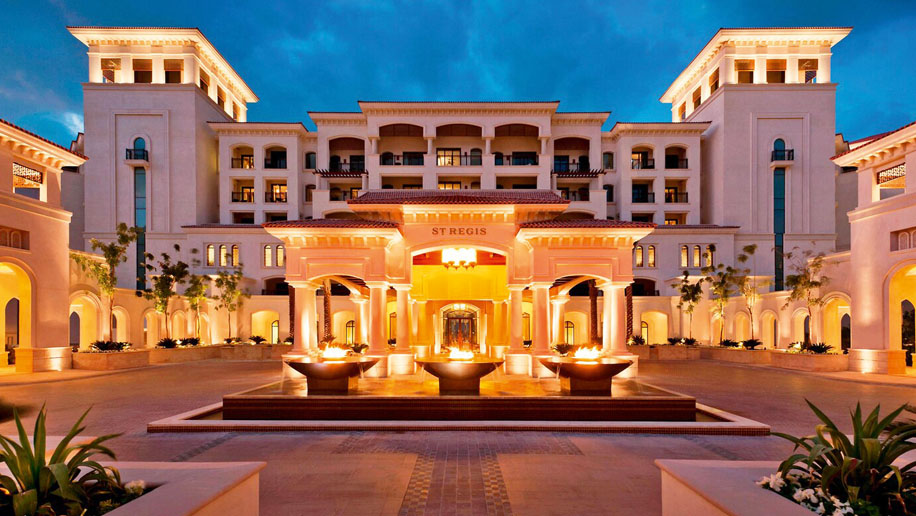 Overlooking a pristine beach and the Arabian Gulf, this five-star destination houses 376 rooms and suites which come with private balconies that offer stunning views. Mediterranean-inspired architecture amalgamates with contemporary interiors in the accommodation. Rejuvenate at Iridium Spa, swim in its luxurious indoor lap pool or three outdoor pools, or soak in the sun on the private Abu Dhabi beach. Dine at one of six destination restaurants and bars. These include Sontaya for southeast Asian fare complemented by signature cocktails and the Mediterranean-influenced Olea restaurant. stregissaadiyat.com 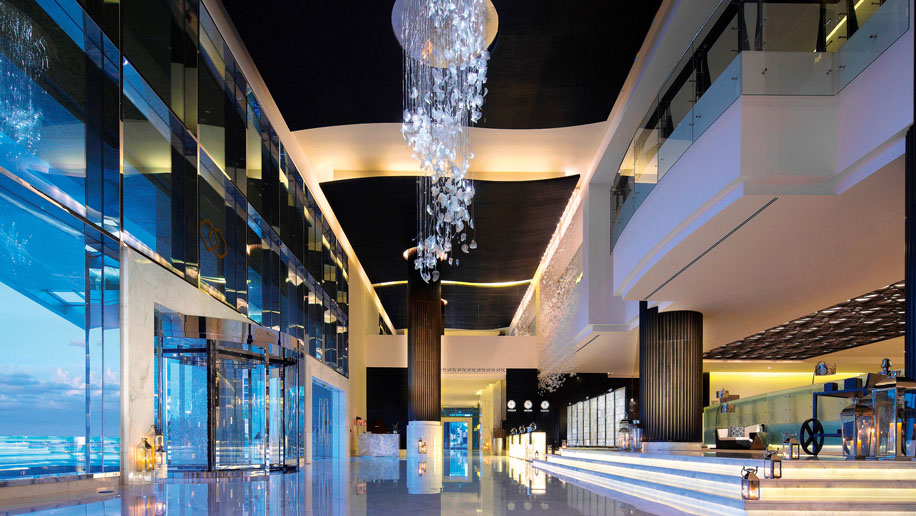 Located on the Corniche, this luxury 280-key hotel sits on the sea coast. Enjoy live music at chic Jazz & Fizz bar or relax by the pool at outdoor [email protected]’O restaurant. Head to Sofitel SPA for a treatment post meetings. Silk & Spice for Thai flavours and Corniche All Day Dining for French, Arabic and international dishes are on offer as well. The hotel’s elegant rooms and suites have Sofitel MyBedTM and overlook views over the harbour. Art Deco–inspired rooms and suites are equipped with modern furnishings and amenities. sofitelabudhabicorniche.com 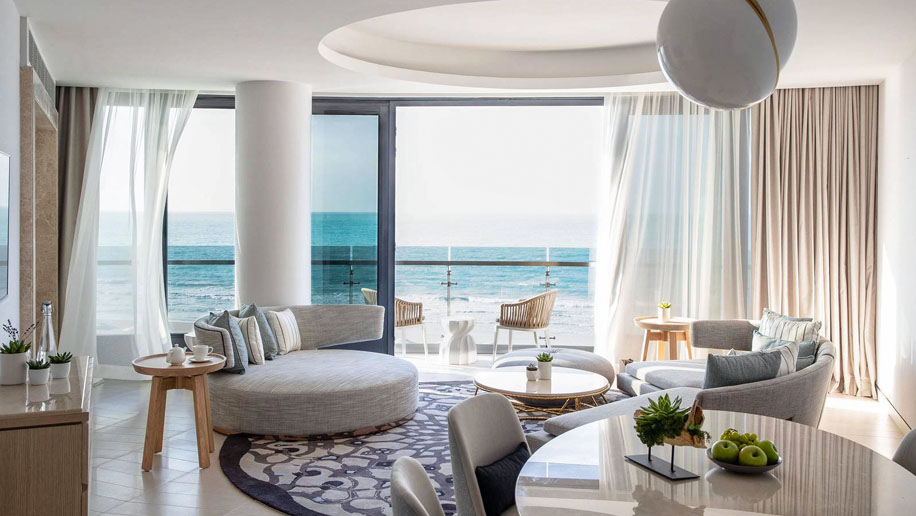 Located at a distance of 20 minutes from Abu Dhabi International Airport, this luxury beach resort is in close proximity to the cultural and artistic spots like Guggenheim Abu Dhabi, Zayed National Museum and Louvre Abu Dhabi. The 293-key hotel will feature eight villas with private pools, and 70 suites, offering a picturesque view of the sea. Jumeirah at Saadiyat Island Resort includes F&B outlets like White for buffets and live cooking stations, Mare Mare for Italian cuisines, Tean for meze and grills, and Al Majilis for refreshments. The Lounge, Offside, and the Pool Bar serve snacks and a fine range of spirits. jumeirah.com 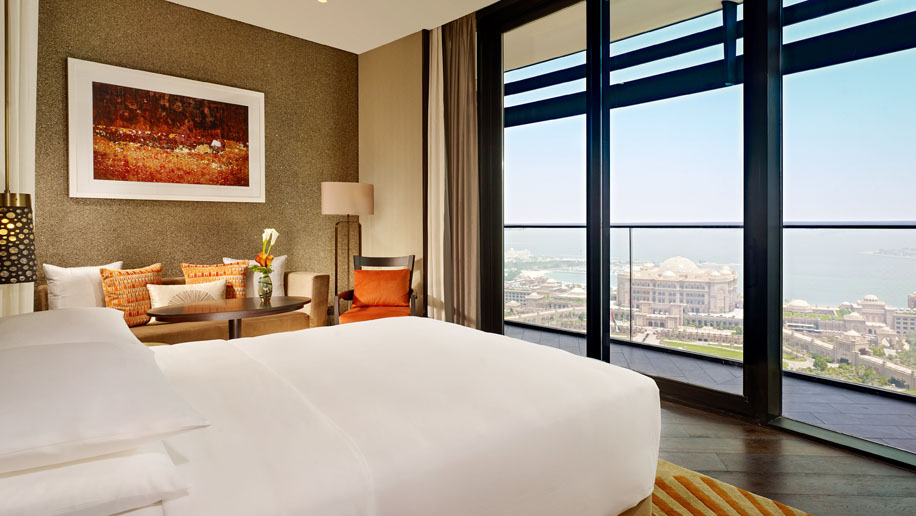 The property is extremely well situated in the West Corniche area. With 428 rooms, including 332 spacious King and Twin rooms, 36 luxury suites including a Presidential suite and a Royal suite, its accommodation features private balconies and stunning furnishings. Make a stop at Luma Fitness Centre and Spa for a range of relaxing treatments as well as a dip in the infinity pool. Sundowners are best enjoyed at the retro-chic Lexx bar, which features a stellar inventory of high-end wines and cigars. Don’t forget to check out the humidors that are packed with cheese and charcuterie options for your gourmet indulgence. hyatt.com

Loading comments...
Read Next
What is CORSIA?
Read Previous
Rare and boutique hospitality 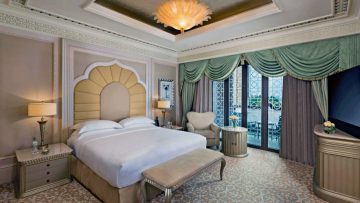 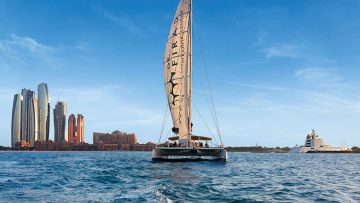 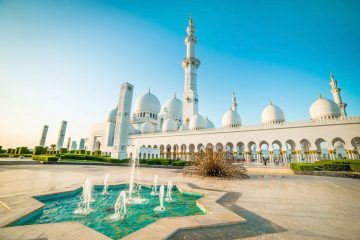 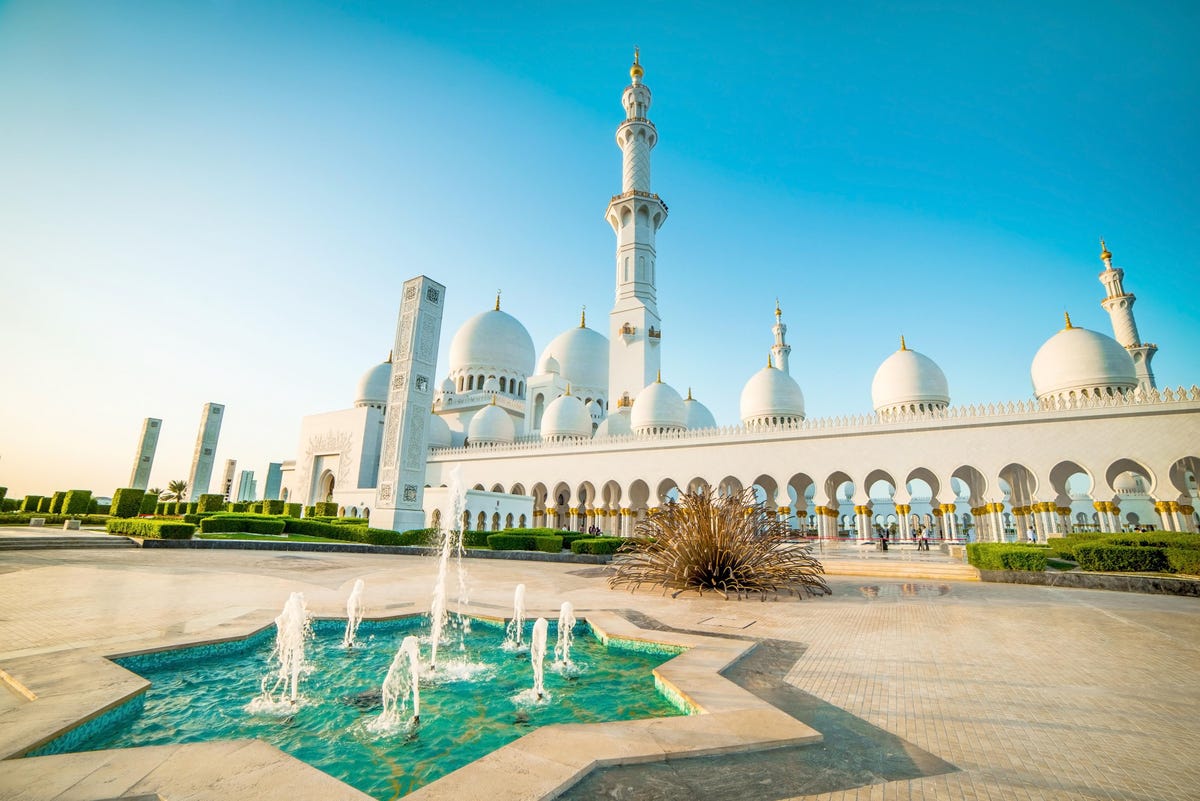 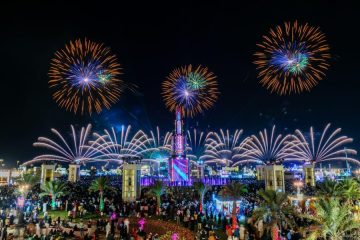 Promotion
End your year on a delightful note in Abu Dhabi!
13 Dec 2021
Loading...