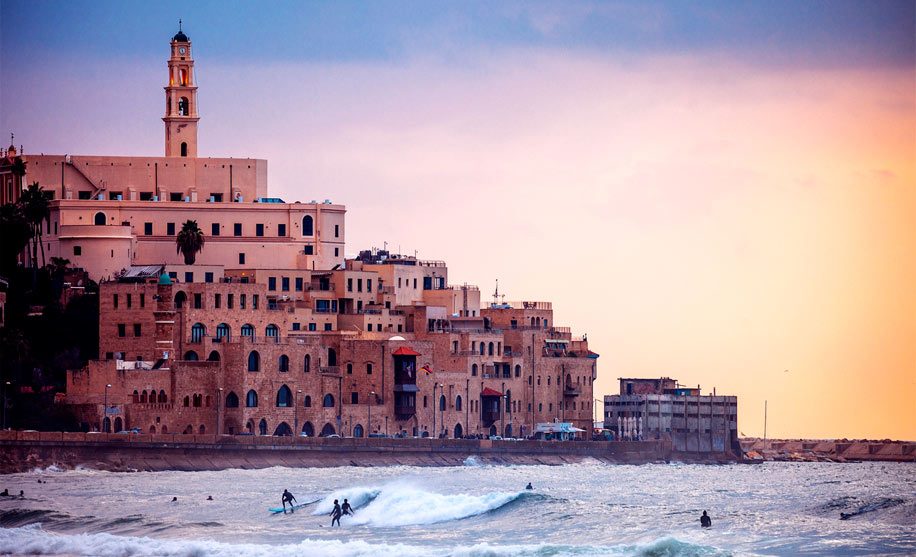 By turns a business hub, beach destination and foodie paradise, bustling Tel Aviv shows no signs of slowing down.

With Virgin Atlantic now flying daily from London Heathrow, there’s never been a better time to visit this vibrant city with an infectious lust for life. Shelley Rubenstein explores

Israel’s second largest city has come a long way since it was founded in 1909, populated by just 60 families. One year later, its name was changed from Ahuzat Bayit to Tel Aviv, (“hill of spring”).

In the decades since, it has become a major player in today’s global business environment. Behind only China and the US, Israel has the third largest number of NASDAQ-listed companies. Apple favoured Tel Aviv over Silicon Valley for its first R&D centre, as did Booking.com, recognising the expertise of Israel’s engineers and technological minds.

The country has the largest number of start ups per capita, with more than a quarter of its workforce employed in high-tech manufacturing. Globally successful companies originating here include the traffic-beating app Waze, which was bought by Google for $966 million in 2013. Last year, a record $6.47 billion was invested in Israeli tech start ups, more than double the investment five years previously. Not bad for a country the size of Wales.

At the same time, Tel Aviv continues to grow in stature as a leisure destination, offering a mix of beautiful beaches, busy markets and picturesque cobbled streets, as well as world-class restaurants and 24-hour nightlife.

Here are some of the best ways to fill two days. 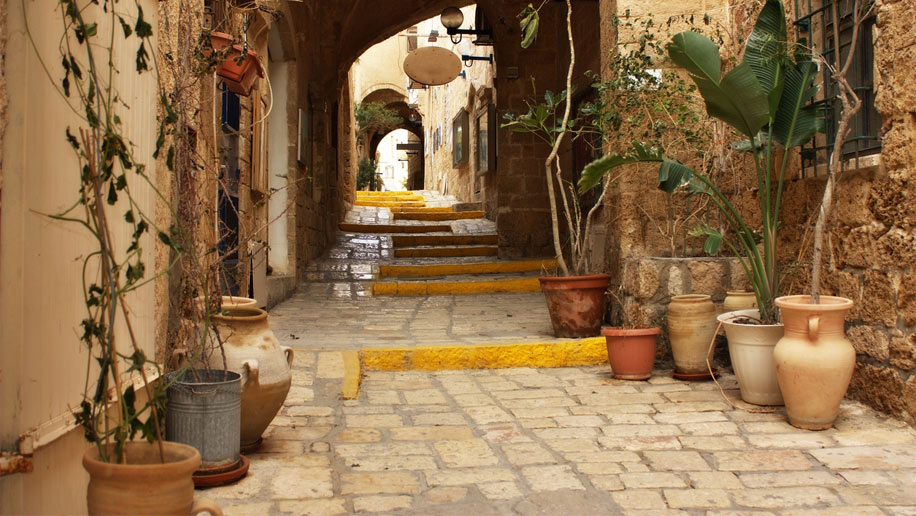 Start the day at the ancient port of Jaffa, wandering through the myriad of cobbled alleyways. Happen upon small galleries, finding treasure amongst the tat at the famous flea market and learning about local history at the Old Jaffa Visitor Centre, a fascinating archaeological excavation site.

Then walk the coastal path along Tel Aviv’s many beaches. The most popular ones – Bograshav, Frishman and Gordon, tend to be the busiest at weekends and holidays. The Hilton’s craggy beach attracts surfers and a more stylish crowd. If you’re missing the family pet, there’s even a dog beach, plus one for families. The gay beach is adorned by welcoming rainbow flags. 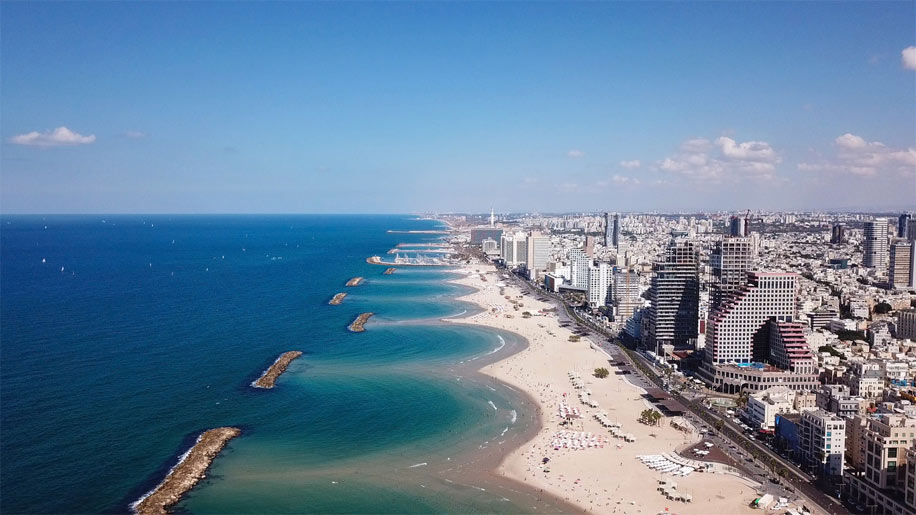 No doubt you’ve built up an appetite from the bracing sea air, so head to lunch at Segev Express, owned by the Prime Minister’s official chef, Moshe Segev. Most restaurants offer a business lunch menu and the one here is superb value for money.

Stepping inside, the beautiful tree-lined ‘avenue’ is as much a part of the experience as the food. One of their most popular dishes is the chicken liver pâté, whipped up with aplomb by chef Segev. 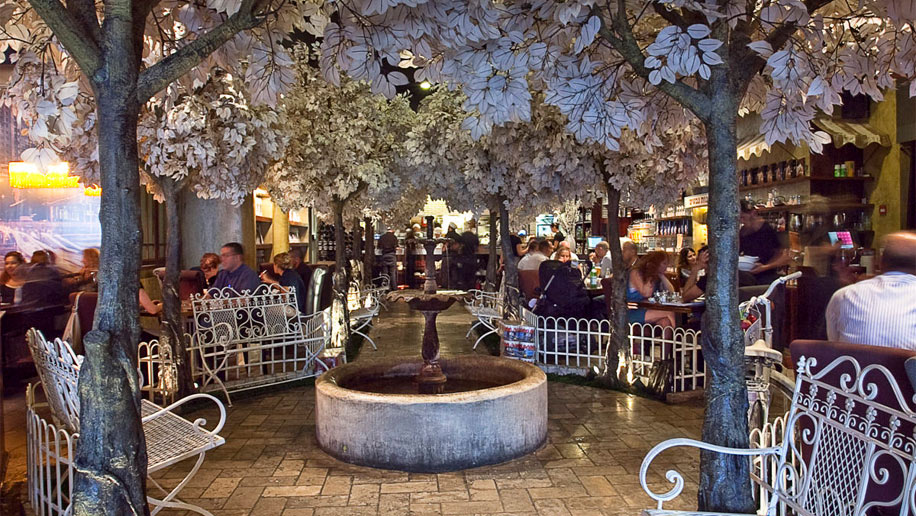 Time for a spot of culture at the Design Museum Holon. The award-winning building is designed by lauded architect, Ron Arad. Acclaimed for its exterior comprised of five sinuous bands of rust coloured corten steel, this showcases an artist at the top of his game. Check the website for information on current exhibitions.

Return to the Mediterranean seascape by the ‘Namal’ – Tel Aviv Port. Derelict since 1965, the port was given a radical transformation in 2001. Since its regeneration it has become a much-loved attraction, populated by shops housing international brands, restaurants, cinemas and Segway tours. Large ships are prohibited from the area, so settle in for spectacular middle eastern sunsets. 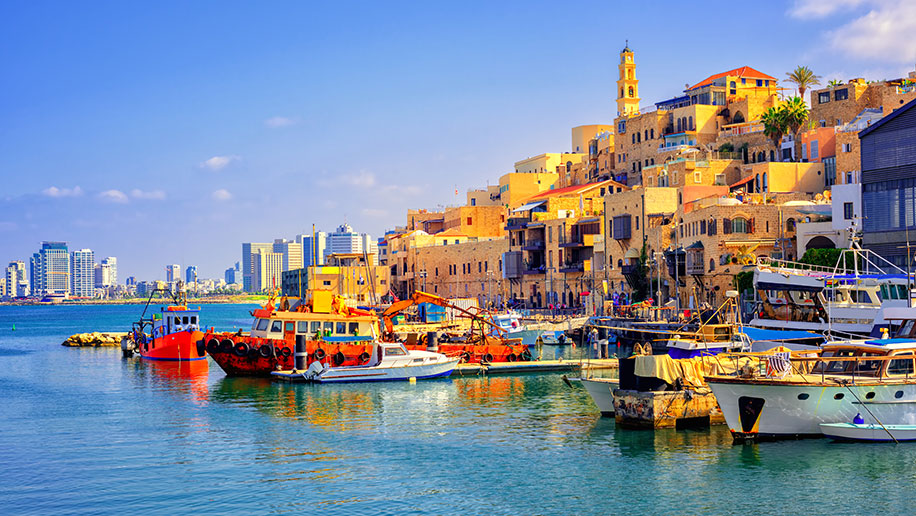 Arouse the senses with a meander through the rambunctious Carmel Market, the beating heart of Tel Aviv. Many chefs visit here, selecting the best produce to inspire that days’ menu. Stock up on the myriad of herbs and spices on display, and taste the local hummus, tahini and halva flavours from the various stalls. 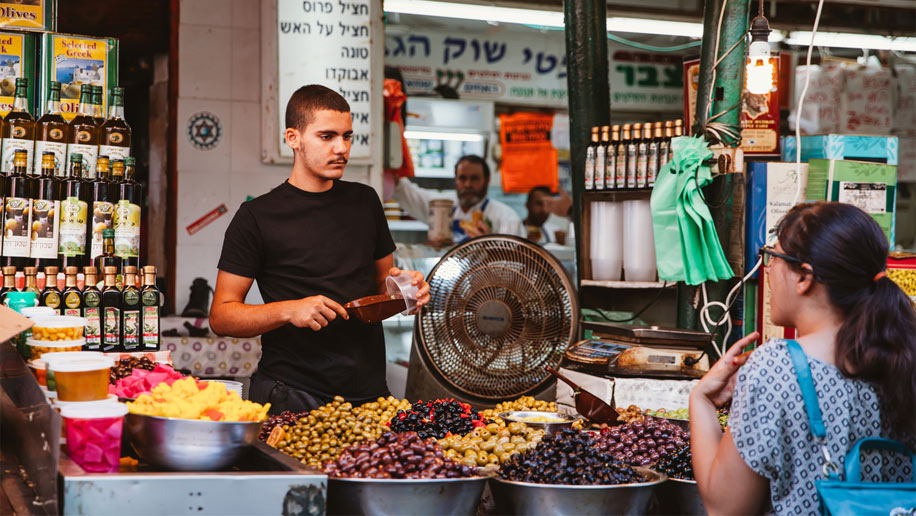 Exit King George Street side, parallel to the gentrified Nachlat Binyamin, a pedestrianised street flanked with arts and craft stalls. This is also an ideal starting point to embark on a White City tour. Tel Aviv earned this moniker in tribute to its 4,000 Bauhaus-designed buildings. Recognising the need to preserve these architectural gems, UNESCO declared the area a world cultural heritage site in 2003.

When in Tel Aviv, dine like a local, and that means finding the best falafel. For this, Hakosem won’t let you down. Meat eaters are satiated with the slow roasted turkey shawarma, and they make a fantastic sabich – a sandwich bursting with fried aubergine, hard boiled egg, salad & tahina.

For a more gentrified market experience, Sarona showcases an array of the finest fruit and vegetables alongside other mouthwatering produce. Eminent chef Yonatan Roshfeld, opened Captain Curry, inspired by a visit to India. The complex also houses a diverse selection of shops and restaurants. 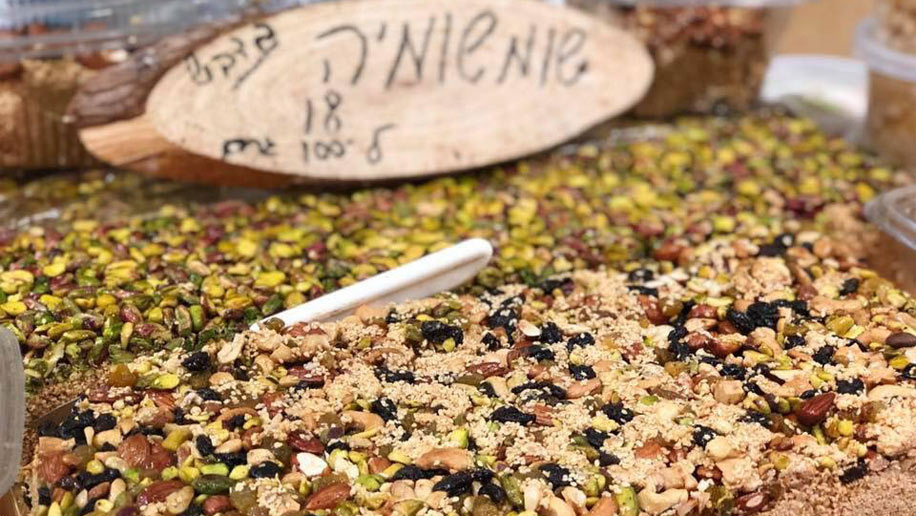 Work off lunch by strolling the charming streets of the iconic Rothschild Boulevard and upmarket Neve Tzedek area, which billionaire Roman Abromovich now calls home. Here you’ll find stylish shops, cafes and there’s always something worth seeing at the Suzanne Dellal centre for Dance and Theatre.

Dine at Malka to sample the first kosher restaurant opened by world-renowned chef Eyal Shani. Following Jewish dietary laws, no dairy is served alongside meat and they close on the Sabbath. The restaurant operates as a social enterprise, mentoring disadvantaged youths. Who better to learn from than Shani, whose transformation of the humble tomato into exquisite carpaccio is profound.

For a final digestif, the bistros of Paris’s arrondissements meet urban Tel Aviv at Hôtel de Ville, an intimate gastro-bar. Run by Ariel Leizgold, pioneer of the city’s cocktail scene, he’s created a menu of Francophile drinks “designed to inspire and enchant guests along with a refreshing list of French and Israeli wines.” 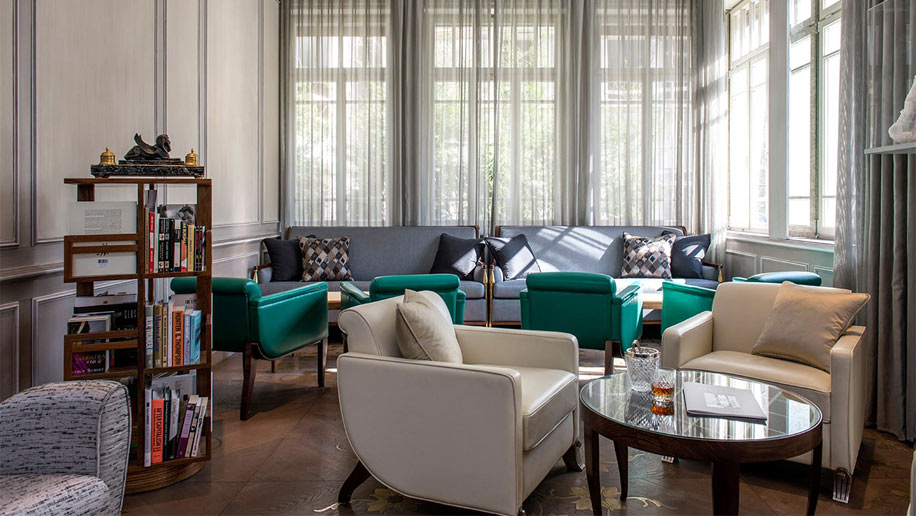 Since opening five years ago, this luxury boutique hotel heralded a new dawn for standards of hospitality in Israel. The Norman is structured around two restored classic buildings and silently argues the case for needing to stray beyond its sublimely renovated environs. Featuring two destination restaurants, elegant art deco Library Bar, infinity rooftop pool, spa, and – crucially for business travellers – a choice of meeting areas. Rooms from $680, thenorman.com 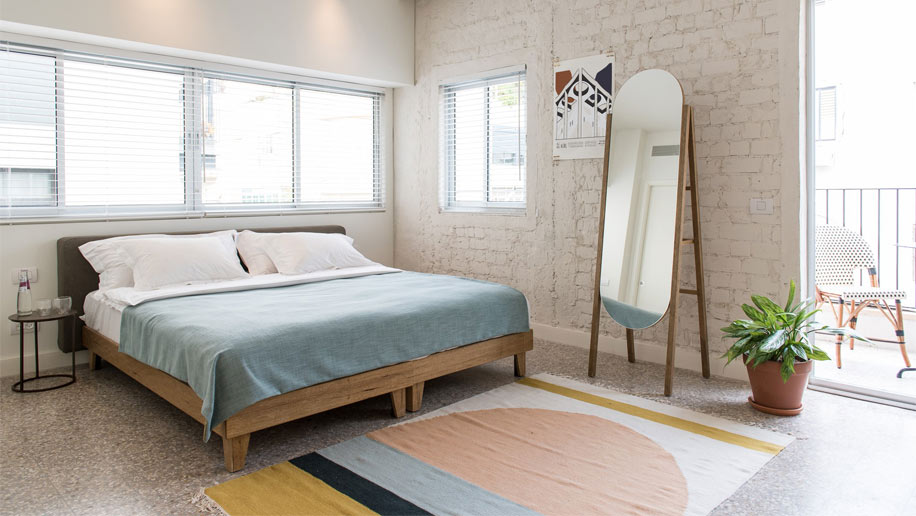 Offering the ultimate urban experience, this cosy boutique hotel provides an oasis in the centre of town. Bedrooms are modern and practical and the Patio Room with wraparound garden terrace comes highly recommended. Raz Rahav, one of Israel’s most exciting chefs, created the gourmet sandwich breakfast. Rooms from $170, hotelsaul.com 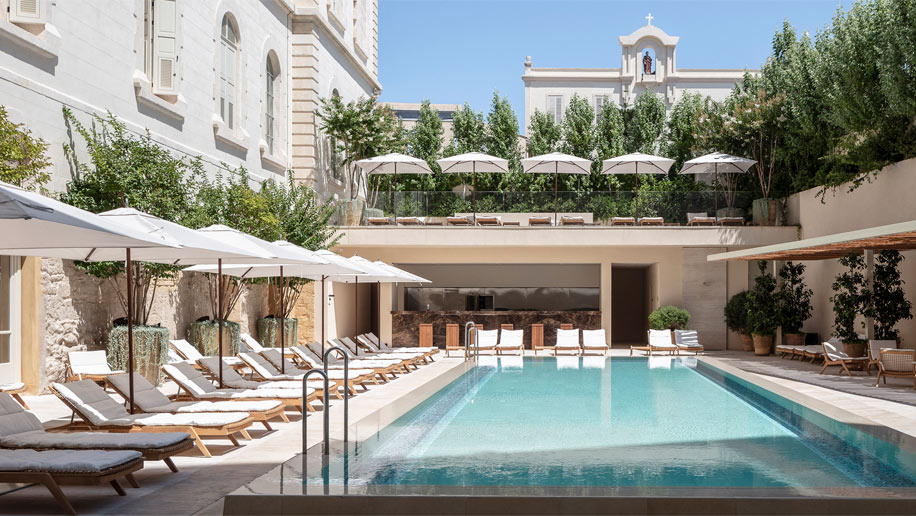 Virgin Atlantic is now flying daily from London Heathrow to Tel Aviv. Flights are operated by an A330-300 with seats in Upper Class, Premium and Economy. Find out more.