Taste Munich: Another round? 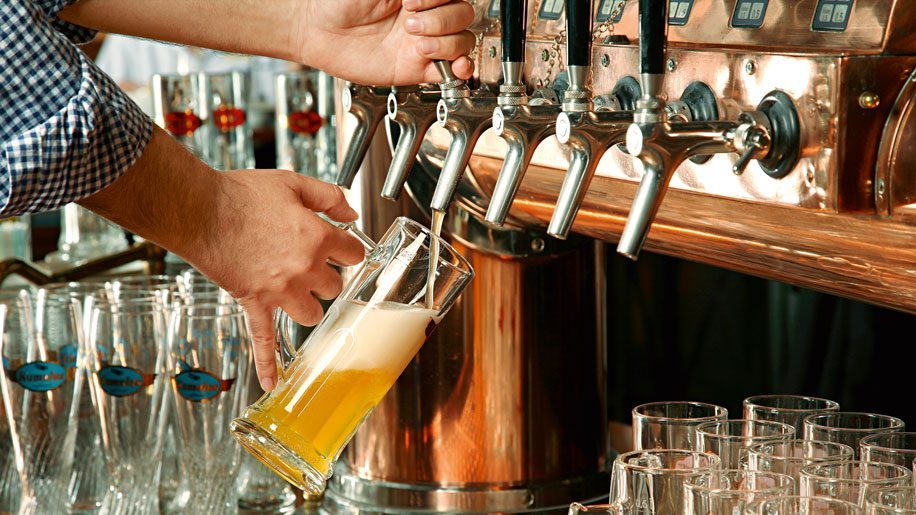 Oktoberfest is known the world over, but Munich’s legendary beer scene can be enjoyed throughout the year, says Andrew Eames.

There’s no doubting the refreshment of choice in Munich. Even as you step off the plane, there it is in the terminal – the Airbrau, the only airport brewery in Europe, with its gleaming vats and mash tuns in situ at the back.

Inside, an appreciative public will be settling down to that essential Bavarian pre-flight pick-me-up – white sausages, pretzels and a freshly brewed half-litre of Mayday, Jetstream or Kumulus. Or all three.

The airport’s showcasing of beer culture is no surprise to anyone who knows Munich. This is, after all, the home of the Reinheitsgebot – the purity law that insists German beer should contain only malted grains, hops and water (yeast was added later), a principle that still governs domestic production 501 years after it was first enacted. It is also the city with the most famous beer festival in the world, Oktoberfest, where seven million litres of the stuff are consumed in the course of a very merry fortnight.

But you don’t have to be here in October (actually the festival starts in late September) to get the full, convivial experience. This is a city that takes great pride in its traditions, and to ignore its beer gardens and beer halls is to miss out on an important part of urban life.