Vaccine passports - arguments for and against 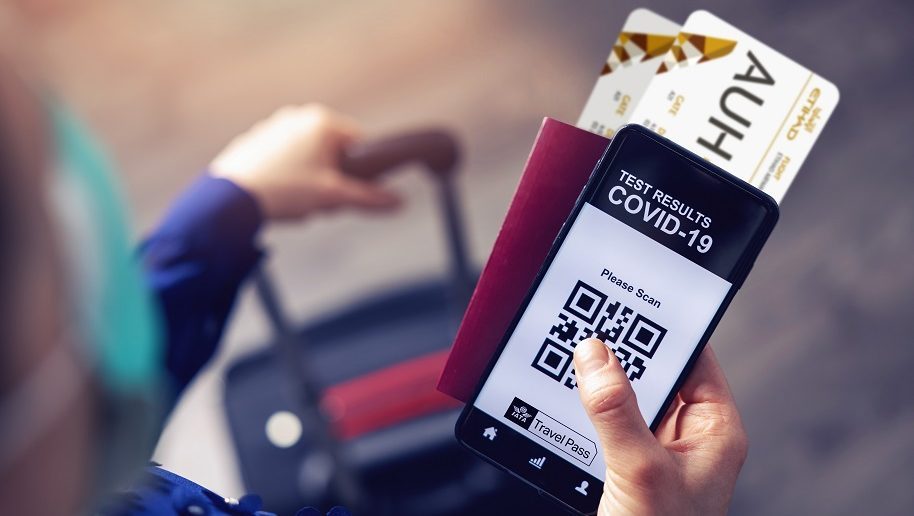 As vaccinations are rolled out in many parts of the world, discussions continue about the possibility of having some kind of digital document to prove that travellers are protected against Covid-19.

It’s important to note that although often referred to as ‘passports’ none of these apps are a passport, and in any case a passport or identity card would need to be presented alongside whatever information is contained in the app. A passport is an official document issued by a government to identify a person as a citizen of that country.

These digital apps are ‘passes’ and simply hold information regarding the Covid-19 health status of travellers such as test results and, eventually, vaccinations. The passes are likely to appear as apps on smartphones, and would have to be recognised by individual governments to allow international travel.

Here, we explore how these passes would work, the problems with introducing them, and also some of the arguments against adopting them as a method of getting the world travelling. We will keep this updated as new developments appear.

Several different companies and international bodies are suggesting a variety of technological solutions and standards at the moment to document and verify travellers’ health status. These include:

Countries including Sweden and Denmark are also beginning to develop digital vaccine passes to allow citizens to travel abroad.

You can read more about these various options in our feature

Does it matter which ‘vaccine passport’ you have?

This might not be a problem if there is interoperability between the systems, and certainly that is what is being devised by IATA with its Travel Pass, which has launched in partnership with carriers including Etihad Airways, Emirates, Qatar Airways and Singapore Airlines. The pass is designed for airlines to embed it into their own apps. During a webinar as part of the World Aviation Festival in February, IATA revealed that it is working with 20 different airlines over the next month or two, with another 30-40 airlines having got in contact regarding the travel pass. Read all about that here.

What about those who cannot / will not be vaccinated?

It will take time to vaccinate the global population, with some countries having better access to vaccines than others while members of the younger population are unlikely to be protected against Covid-19 before the autumn. Additionally, the passports do not recognise those who cannot be vaccinated for health reasons, such as allergies or pregnancy. If the passports include details of Covid-19 test results, however, then people may still be able to travel without having been vaccinated (depending on entry restrictions in individual countries).

‘Freedom passports’ won’t be held by everyone

The equity behind these passes is a real problem. Already international travel is the preserve of the relatively wealthy. These passes will be available only to those who have either been vaccinated or can afford to be tested. Qantas has already suggested that passengers will need to be vaccinated to board an international flight, while the CEO of Air Asia remarked that countries in Asia are likely to demand vaccinations as a requirement for inbound travel. Are these passes going to cause even more inequality in the world?

“Segregating or limiting rights and freedoms on the basis of health status has unforeseen or harmful consequences to society, such as exacerbating inequalities, even creating or reinforcing disenfranchisement and minority group discrimination (at a national and global level), shifting risk and compounding the already disproportionate effect of COVID-19 on marginalised communities.”

Pass providers are looking to make it easier for people to access such technology, with paper confirmation codes (rather than QR ones) available for people who do not have smartphones.

What does the tourism industry think?

Speaking at a Reuters Next panel discussion in January, the head of the World Travel and Tourism Council (WTTC), Gloria Guevara, stated that “we should never require the vaccination to get a job or to travel”, later adding that the requirement for vaccination before travel “takes us to discrimination”.

The World Health Organisation (WHO) is currently looking into how it can work with member states to create an e-vaccination and states:

“Any framework that comes into place will need to be harmonised, when it comes to standards and use cases, by a normative body – such as the WHO – to ensure that it is ethical and fair”.

Arnaud Bernaert, Head of Shaping the Future of Health and Healthcare at the World Economic Forum, added:

“By establishing in a truly ethical fashion harmonised standards, we can avoid a scenario whereby you create two classes of citizens – those who have been vaccinated and those who have not”.

The WHO aims to deploy standards and recommendations on this by mid-March 2021.

Similarly, IATA aims to use its Travel Pass to provide all passengers with equal access to travel. During a webinar at the World Aviation Festival in February, IATA’s Alan Murray Hayden stated that “this technology is an enabler but it should never, ever, ever become mandatory”.

What is the UK’s stance on vaccine passports?

Initially, the UK’s vaccine minister Nadhim Zahawi said that the UK has “no plan of introducing a vaccine passport”, stating the technology would be “discriminatory”.

Nevertheless, the UK is currently in talks to introduce vaccine passports for international travel, with Transport Secretary Grant Shapps confirming that he is speaking to counterparts in the Singaporean and US governments regarding the initiative. IATA’s CEO Alexandre de Juniac also revealed that he is in discussions with the British government regarding such passports but that there is no planned date for the UK’s adoption of the Travel Pass.

While the government has repeatedly ruled out the use of vaccine passports on a domestic basis, foreign secretary Dominic Raab suggested that they might be used within supermarkets and restaurants when speaking to LBC Radio:

“It’s something that hasn’t been ruled out and it’s under consideration, but of course you’ve got to make it workable.

“Whether it’s at an international, domestic or local level, you’ve got to know that the document being presented is something that you can rely on and that it’s an accurate reflection of the status of the individual.

“I’m not sure there’s a foolproof answer in the way that it’s sometimes presented but of course we’ll look at all the options.”

The Telegraph also recently reported that British people vaccinated against Covid could receive scannable QR codes from companies Logifect, iProove and Mvine, which would allow them to travel abroad.

Boris Johnson also suggested that vaccine passports might be used to ease restrictions in England when he set out the roadmap to lift lockdown on February 21, stating that stage 3 of the plan would “consider the potential role of Covid status certification”. Within the government’s ‘Covid-19 response – Spring 2021‘ document, the government states that it is working with other countries and that “once more is known about the evidence of vaccines on transmission and their efficacy against new variants, the government can look to introduce a system to allow vaccinated individuals to travel more freely internationally”. It adds that the “system also needs to be fair and not unduly disadvantage people who have yet to be offered – or gain access to – a vaccine”.

Will my data be secure?

Given the widespread hacks of data in recent years, there are concerns regarding the security of personal information and medical records stored within such apps. And even if we think our data is secure, what other purposes may it be used for by governments or commercial entities? As Ada Lovelace Institute puts it:

“There is a further indirect risk arising from the creation of a digital infrastructure of personal risk profiling that, once used, may be a core part of our social and global fabric: the pandemic is creating the conditions for an acceleration of individualised risk scoring. Any digital vaccination certificate that is linked to the identity of an individual, particularly if it operates at a supranational level, delivers significant power to the controllers of that infrastructure that will be hard to dissolve or dismantle post-crisis.”

The passes being trialled at the moment have stated that data will be protected and that individuals will have control over their health records. For more information on the policies of each pass, see our feature “Vaccine passports – a guide to the different options”.

What about countries whose health systems present problems?

It’s definitely an issue. The United States, for instance, has an almost uniquely fragmented health system, with patient data held in thousands of health care businesses. As the MIT Technology review puts it:

So finding a way of integrating data into a common data set will not be easy. For countries with less sophisticated health systems, citizens may well find it difficult to have the data sent from that health system to whichever technology is being used for the health passports.

Perhaps the most important point of all. At present, the various vaccines promise only to stop the vaccinated person from becoming unwell from Covid-19, not from contracting it in the first place (and some of the vaccines only offer something more than 55 per cent efficacy). This means it is possible that vaccinated travellers may still be able to transmit the virus.

Additionally, there are concerns regarding the ability of vaccines to immunise people against variants of the Covid-19 which are emerging around the world. While proof of vaccination is worth knowing, it seems likely that travellers will also need to show a negative test result in the passport. The prices of these vary according to the exact test taken, and this will add delay and expense to travel.

Will the vaccine passports be of any use after Covid-19?

Much like how contactless technologies have been accelerated by the onset of the pandemic, these digital health passports will make travel more seamless in the future, with all documents for travel stored in one digital wallet. In the future, passengers might be able to store visa requirements on the app, for instance, to enter a country.

There are also ongoing discussions regarding the use of vaccine passports domestically to enable people to resume normal activities such as shopping, dining out or attending an event. 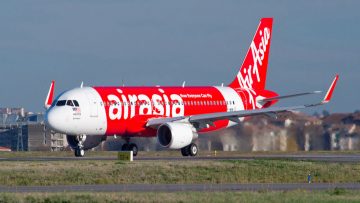