In 2011 a man called Jon Cousins carefully collected his beard trimmings and weighed them every day to see whether his facial hair growth correlated with his happiness. The results, based on a sample size of one, were positive: more growth tended to equal a better mood.

Cousins was an early adopter of what we now know as the Quantified Self movement, which involves tracking aspects of your life and seeking meaning in the data. Fitness trackers – traditionally in the form of wristbands – and smartphones have since made this movement accessible to the masses. Want to know how many times you stirred in your sleep? How fast your heart was going at 2.30pm? How many calories you burnt watching the latest season of Better Call Saul? There’s an app for that.

Activity trackers are giving people an unprecedented insight into their fitness: the ability to monitor accurately the number of calories burnt or fluctuations in heart rate would once have been the preserve of professional athletes. Now it is big business: Apple Health, a pre-installed iPhone app allowing you to track the number of steps you take, was one of the biggest selling points of the company’s most recent iOS update.

The smartwatch is giving the sector a further boost. Compared with traditional wearables, they tend to be more powerful, more stylish and allow third-party developers to program apps. So are they about to render the humble fitness band obsolete? Not quite. While smartwatch sales are booming – growing by more than 300 per cent in the past year, with 8.1 million sold in the final quarter of 2015 – fitness trackers are growing quicker than ever, too.

The surge in smartwatches is, predictably, driven by the Apple Watch, which controls an estimated 63 per cent of the market (research company Slice Intelligence forecasts that Apple is selling about 20,000 units a day, down from a peak of 200,000 in the week after launch).

So are fitness trackers actually useful? Personal trainer Harry Thomas, who runs London-based No 1 Fitness, says they can be if used correctly. “The real benefit of this kind of technology is helping to maintain your motivation – it’s about making fitness a part of your everyday routine. If you can get into a regime where you’re inputting your food into a tracker and it helps you to stay on top of what you’re eating then that’s great. But you need to make sure you’re not mistaking spending a lot of time using the tech with spending time working out or eating better. Technology is great as a supplement to a healthy lifestyle, but it’s not going to do you any good without the hard work.”

Here is our guide to the best fitness trackers, smartwatches and apps on the market to help you reach your health goals.

Microsoft’s second stab at a fitness tracker is a marked improvement on its previous, chunky iteration. It features a curved OLED touchscreen and a comfortable, flexible strap (the last one was practically unwearable). As with the previous one, it comes with a wealth of fitness features, including a heart-rate monitor, galvanic skin response sensor (which tells the band whether you’re wearing it), accelerometer and altitude monitor, as well as the usual pedometer and calorie counter. It will also ping you notifications from your phone and, if you’re one of the handful of people with a Windows Phone, you can interact with virtual PA, Cortana, through it.

The Vivoactive is a sports-oriented device, and whether you’re into running, swimming or golf, there are a host of features to take advantage of. One of the biggest selling points is built-in GPS, which means you can properly track your runs against a map to see how you’re improving (most fitness trackers use data from an accelerometer to guess how far you’ve run by the movement in your wrist).

It also has the standard step tracking and sleep monitoring functions, and you can buy a chest-strap if you really need heart-rate monitoring too. On the downside, the design is what you might charitably call “rugged” – large and ugly – and the screen is rather dull.

As a health tracker, the Apple Watch is one of the better smartwatches, with a built-in heart-rate monitor (although not one of the more accurate) and Apple’s own Activity app, which monitors calories burnt, movement and how long you’ve been sitting down. All of your data can be synced with the Health app, which becomes a fitness profile gathering data from a variety of enabled apps.

The watch is beautifully built, with a variety of straps and finishes, although prices get high if you stray above the basic options. But its real strengths lie in the apps – from weight-lifting regimes to software that simulates a zombie apocalypse to make you run faster.

Polar is the wearable of choice for health fanatics. Its A360 fitness band features a robust, reliable heart-rate monitor, sleek design and colour touchscreen display. It will chart your activity and sync the results with your phone and laptop through the PolarFlow app, which gives you some rather beautiful – and also useful – graphical breakdowns of your achievements.

Other things the A360 has going for it are that it’s comfortable (not all fitness trackers are) and waterproof – you can even use it for swimming, albeit with decreased heart-monitor accuracy. Still, it loses points for not having GPS, meaning run data can be inaccurate.

Sony’s new Android Wear-powered device is one of the best smartwatches out there, with built-in GPS (which the Apple Watch is lacking), a bright screen and strong battery life (two days if you’re not poking at it the whole time).

It’s also waterproof and dust-proof, which means peace of mind for frequent travellers. It comes in various guises and, if you shop around, you can get it for cheaper than the RRP. It also does all of the things you would expect from an Android Wear device, like pinging you messages and telling you when your phone is ringing.

Get golfing data direct to your wrist with this great app. Whether there’s a bunker over the hill or you want to know how far it is to the next hole, Golfshot has you covered. Perfect for playing a few holes on a business trip.

This excellent personal training app not only allows you to create custom workouts but it will also suggest ways to make your gym routine more rounded and to increase the intensity as you start to improve. A must-have gym buddy.

Chart your snooze time more accurately by sleeping with your smartphone on your wrist all night. It features snoring detection and sleep-talk recording as well as whale noises to help you nod off. The downside is that your phone might be out of battery come morning.

This clever little app is useful for those starting out on their fitness journey. Pick six things you would like to do more often (go for a run, eat more veg) and it will remind you to do them. Simple but effective for the forgetful among us.

The smartphone versions of this app have already become a cult hit – now you can do your morning workout through your watch, with handy animations to illustrate how to do star jumps properly. It will also record your pulse to show you how much work you’re doing. 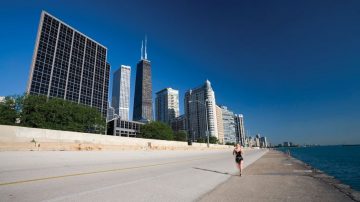 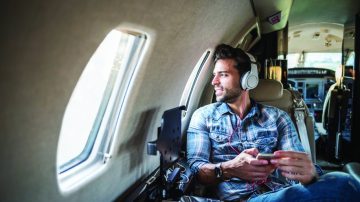 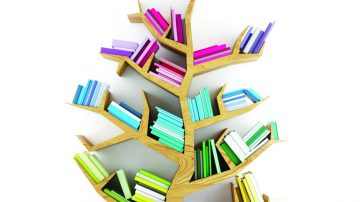