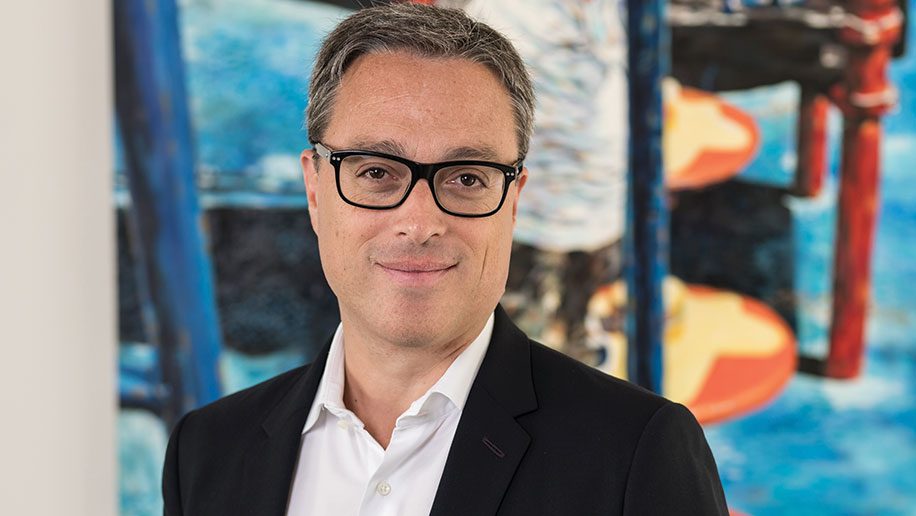 It’s good to have scarcity, but not frustration.” It’s prescient advice coming from Nicolas Baretzki, CEO of Montblanc, a Richemont brand, that is built around desirability. At various points, it has had the likes of superstars such as Hugh Jackman, and more recently Zinedine Zidane, become the face of the brand. “My main concern is keeping scarcity at a certain level because it demonstrates your desirability. People are prepared to wait for something worthwhile. But frustration is never good for anyone.”

Walking the tightrope between controlled scarcity and avoiding the ire of frustrated customers is something that Baretzki has to contend with daily, heightened perhaps by the launch of the new Jimi Hendrix writing instruments collection last month. Jimi Hendrix’s professional career spanned just four years – although his impact on the cultural zeitgeist and diverse music genres has traversed several decades. More than half a century after his death in 1970, the influence of Hendrix hasn’t waned. Montblanc recently launched a series of writing instruments dedicated to the American guitarist and the biggest moments in his short-lived career.

The collection includes the Great Characters Jimi Hendrix Special Edition with the name of the artist’s debut album – Are You Experienced – noted at the top of the clip. The date of 18-06-1967 is engraved on the platinum-coated barrel ring which refers to the date of his performance at the Monterey Pop Festival. The Jimi Hendrix Limited Edition 1942 is limited to 1,942 pieces and is a tribute to his birth year. The Jimi Hendrix Limited Edition 99 meanwhile is the most limited offering in the collection and is restricted to a set of 99 fountain pens. Cleverly, just as Hendrix was capable of turning around right-handed guitars to play left-handed, here too instead of removing the cap to reveal the nib, it is the barrel that needs to be unscrewed to reveal the nib on which his portrait is engraved.

“There has been such resilience within the writing instruments segment. Right from the Victoria and Albert Limited Edition collection [launched earlier this year] leading to this Jimi Hendrix collection,” observes Baretzki. The luxury writing instruments segment is one in which Montblanc has the lion’s market share worldwide. Capitalising on that lead, in May, it opened the doors to Montblanc Haus located close to the brand’s headquarters in Hamburg. Montblanc Haus is dedicated to furthering the art of handwriting, and includes the likes of handwritten texts by five Nobel laureates, an autograph by French writer Voltaire that dates back to the 18th century, several writing desks and, of course, historic writing instruments from Montblanc’s own collection. “The idea for Montblanc Haus started from my predecessor, and was one of the best decisions taken in the last five years in the company. Today, we own the segment of luxury writing instruments, and it’s our duty as a maison to promote that world of handwriting and educate people that writing is at the very root of who we are at Montblanc,” says Baretzki. Another factor that is contributing to the popularity of Montblanc Haus, according to Baretzki, is its location in Germany. “Hamburg has become a cool place in Europe ever since the Elbphilharmonie launched five years ago. All of a sudden, Montblanc Haus is becoming a landmark next to all these beautiful buildings in Hamburg.”

While writing instruments is Montblanc’s existential category, its watches and leather offerings are its two other core categories. This year’s watch novelties included the 1858 Iced Sea Automatic Date diver’s watch and the 1858 GMT Automatic Date – both excellent sports watches in their own right. The Monopusher Chronographs with Minerva movements meanwhile show how the Laurent Lecamp-led watchmaking department at Montblanc can dig into its archives and create modern interpretations of its vintage classics. Its other big release for the year, the Geosphere Chronograph 0 Oxygen LE290, was entirely encased without oxygen. This watch was significant because alongside its launch Montblanc also appointed Nimsdai Purja – the record-breaking mountaineer – as its ambassador. As Baretzki explains, when it comes to sporting sponsorships, Montblanc would rather consider the person – Purja or even Zidane – rather than sponsoring sporting championships and events. “When we collaborated with Nimsdai, for example, I was not looking for an alpinist, but really a man who is challenging so much of what can and cannot be done. Here is someone who has climbed all 14 peaks above 8,000 metres in six months. The same goes for someone like Zidane. He could have been from any sport, but what I love about him is his values, his style and the fact that he’s always striving to come out on top,” says Baretzki.

On the leather front, Montblanc’s creative director Marco Tomasetta is steering the ship. This year, it unveiled its Extreme 3.0 collection of leather accessories including a backpack, crossbody sling bag, belt, laptop case and a key pouch, among other items. Here too, Tomasetta stepped into the brand’s archives and was reportedly influenced by its Bauhaus-style advertising campaigns from the 1920s.

Tomasetta and Lecamp both took on their high-profile roles at Montblanc last year. “Both have very similar characters, which is quite rare for creative people. They work at the service of the maison and not at the service of their ego or their characters. Both dwell on the roots of the company and use that as a starting point. Before even the public debut of the Iced Sea [watch collection] by Laurent and Marco’s Meisterstuck collection, I was convinced that I had hired the right persons,” says Baretzki.

While Montblanc’s product strategy across its writing instruments, leather and watches is barreling down the right path, Baretzki is increasingly turning his attention to distribution. He says that from Dubai, it oversees key markets including the GCC, Africa, Levant and India. One of the most significant markets for it regionally is Saudi Arabia. “We already have six directly operated boutiques in Saudi Arabia. I was in Jeddah a few days ago and what I see is a very strong and buoyant market in Saudi,” notes Baretzki. He says that globally, the expansion of the luxury market will be strongest in second- and third-tier cities, especially in Southeast Asia where a strong surge of demand is underway in Thailand.

This year, Montblanc has revamped its flagship boutiques in a few destinations because, as he says, it is intended to give its customers a uniform Montblanc experience across markets that they may visit. “Our VIP customers travel around the world – from New York and Paris, to Dubai, London, Milan, and so on. There are probably 15 top cities in the world where we most often see those clients travel. I want to be able to offer them a similar experience of Montblanc in those boutiques, but each with a local flavour.” He points to the example of the Montblanc Suite 4810 Paris concept boutique on the Champs-Elysées where customers who purchase an item are given a key to open a safe to collect their item. It’s a model that he wants to replicate across its other major boutiques around the world.

Looking into 2023, when asked to make a quick SWOT analysis for Montblanc, he’s quick to identify the strengths (“writing instruments”) and opportunities (“definitely leather”), but is a little more pensive when considering the weakness and threats to the brand. “The weakness is still production. I’m spending a lot of time [working on] the supply chain. We all need suppliers, no matter what our levels of integration may be, and we are all facing difficulties to get those raw supplies. As for threats, these will come from the outside. We could all do with a little de-escalation so that we don’t face unnecessary pressures and uncertainties. What I can tell you is that any threat to Montblanc will be from the outside, and not from the inside.” That isn’t likely to change at Montblanc as long as Baretzki is its inside man.