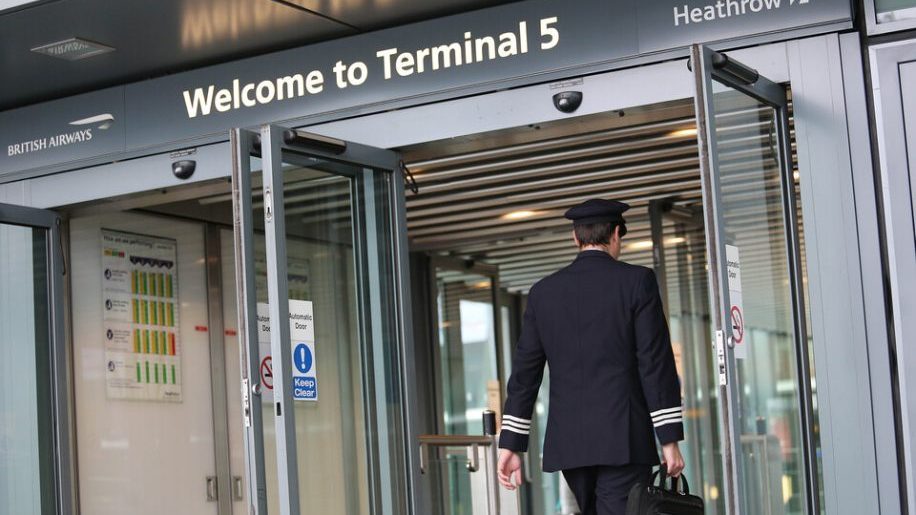 Heathrow and the airlines that use it are desperate for people to start flying again. More than four months into the pandemic, and after seeing an instant and prolonged drop in passenger traffic as lockdowns were imposed both in the UK and around the world, passengers are flying once again, though in much small numbers.

At present, at Heathrow, most of these passengers are not holidaymakers but seem rather to be what airlines refer to as VFR – Visiting Friends and Relatives. This may change now the schools are about to break-up and more countries in Europe relax their restrictions, but what can’t change are the measures the airport takes to reassure passengers, staff, and the government, that they are doing everything possible to protect the travelling public. The last thing the airport – and the airlines – want is to be responsible for spreading a new outbreak of Covid-19.

I travelled through Heathrow T5 two weeks ago at the beginning of July and took an Iberia flight to Madrid, on an A350, boarding from satellite B. On the way through I reviewed the BA lounge, which you can read here:

This walk around T5, from departures through to arrivals including both landside and airside (ie: after security) took place on July 20, 2020, more than two weeks since my last trip, and the airport has become busier, but still is very quiet compared to how it would normally be at this time of the year.

This time I arrived by public transport (the Piccadilly Line from Central London) so took the lifts up to the Departures Level. If you arrive by taxi you will find that some of the connecting bridges into the Departures area have been closed off to allow for one-way flow of passengers in and out of the terminal.

Heathrow is conducting temperature checks at this point, although I have to say each time I have been there the booth has not been occupied by anyone and they are described only as “trials” since Public Health England says they “hold little clinical value”

Check-in was quiet. Just that day there was a report of Heathrow being a “zoo” with little social distancing. I didn’t see that, and it seemed the report was confusing the queue at immigration in arrivals with departures, but there will be longer queues at Heathrow in the coming weeks, and there will be headlines about it. The queues will be long for a number of reasons:

That said, it is impossible to socially distance effectively in an airport, just as it is also impossible to do so on an aircraft.

If you paste this into your browser, it shows the pictures (I can’t work out how to make the link line – sorry).

Having spent several hours at Heathrow, two weeks ago and today, and having also travelled through Madrid Airport (twice) and Gran Canaria airport (twice), then flown Ryanair back into Luton Airport, I can say that social distancing is not going to work all of the time at airports or aircraft. For much of the time in the airport, you can keep your distance, but it’s not possible all the time. So if you think that staying more than one metre away from others is essential to stop the spread of Covid-19 (and that is the overwhelming advice from the WHO and all other authorities), then you should not travel. But then, you should also probably not go to the shops, or get your hair cut, or leave the house, since all of those activities will involve, at some time, getting closer than one metre. If you have already made that decision, but are frustrated / annoyed about others travelling and “putting themselves and others at risk”, then nothing I am going to go on to describe will be enough to reassure you.

Here’s the video from Heathrow

We started at one end of Arrivals (Zone A) which is where American Airlines is checking-in its four flights daily from T5. We also had representatives from Iberia, Heathrow and British Airways with us, along with some corporate buyers of travel and travel managers, wanting to learn more about the airport experience so they could advise their companies or their clients ready for when corporate travel returns.

This one was called Victoria.

We then walked along the length of the terminal, stopping to look at the frequent signage about social distancing. The large advertising hoardings are showing several different reminders about various measures as well. We looked at the check-in area where there were perspex screens between staff and customers. There are also frequent hand sanitiser stations, including at the beginning of each queue for check-in.

British Airways also has an area to conduct temperature checks for those destinations which require it. Close by we also watched a Heathrow cleaner doing a very thorough cleaning of some public seating. You will also see lots of signs placed on seats blocking off some seats and enforcing social distancing in these seats.

At the far end of the airport we used the First Wing to gain access to the First Lounge. I’ve already written about this before, so rather than repeating it, I would once again direct you there.

What’s different is there are more people in the lounge, and I do wonder what will happen as numbers increase, especially if Qatar Airways moves into the Terminal and use the lounges. Even if this doesn’t happen, the lounges are going to become too full. I expect that there will be restrictions, and this might be along the lines of stopping companions coming in, but British Airways would not be drawn on this, so we will have to see.

We also went out onto the Concorde Terrace, as the terrace area is now called. This has been created because of the Concorde Room currently being closed, though I imagine it will be opened before too long as numbers increase, and the same for the lounges over at Satellite B. Again, there’s no answer from BA about this at the moment, mainly because they are waiting to see how many people fly with them and the other Oneworld partners using the terminal in coming weeks and months.

Finally in departures we made our way down to the gate, where the boarding process was described, with boarding by seat row, from the rear of the aircraft, though that depends on the size of the aircraft, and when I flew with Iberia a few weeks ago, on a wide bodied aircraft, this was not the case.

Earlier that day it was clear (from Twitter reports) that there were fairly long queues at the border, and there were plenty of images of people being in snaking queues where it is difficult to keep your distance. Though if you look at the photos, the people closer to one another seem to be travelling together as well. There are lots of signs – you can see them in the Instagram story I posted.

It was very quiet in the baggage collection area, and also back out in the arrivals area, where there were only a few taxis waiting for passengers.

So who is travelling? Well, VFR traffic (visiting friends and relatives) and some business travellers. No one is publicising it, but most countries have exemptions from quarantine for Essential Economic Activities – and that can include everything from executive suite management through to those involved in the entertainment industry – filming for Netflix, Amazon and the big feature films has recommenced, and they are travelling, albeit having taken Covid-19 tests and observing lots of restrictions where they arrive (or depart).

How will the airport, the airlines and the lounges cope when the numbers rise to 20 per cent or even 30 or 40 per cent? The airlines say they will see and respond if and when demand returns. When there are queues, there will be the inevitable Twitter storms, but the aviation industry is doing what it can to take tentative steps back from the brink. Some will say it is too early, but if it doesn’t take these steps now, it will only have to rush them through later.

Business travel would have been quiet at this time of year anyway, but what will happen in September? Well, assuming quarantines have been lifted, speaking with the travel managers on the tour (none of whom wanted to be quoted on the record, since policies are still changing along with circumstances), essential travel will be allowed and gradually, some sort of normality will return. But when? Well, Q4 (October – December) will be when airlines anxiously hope for the return of business travel in some volume, particularly (for BA and AA) on the transatlantic routes. The tour – and several like it (the airlines in T2 are doing the same) – was there to reassure the travel managers and travel agents that it will be safe for their travellers to return. Now the airlines and airports will wait to see if people are convinced.