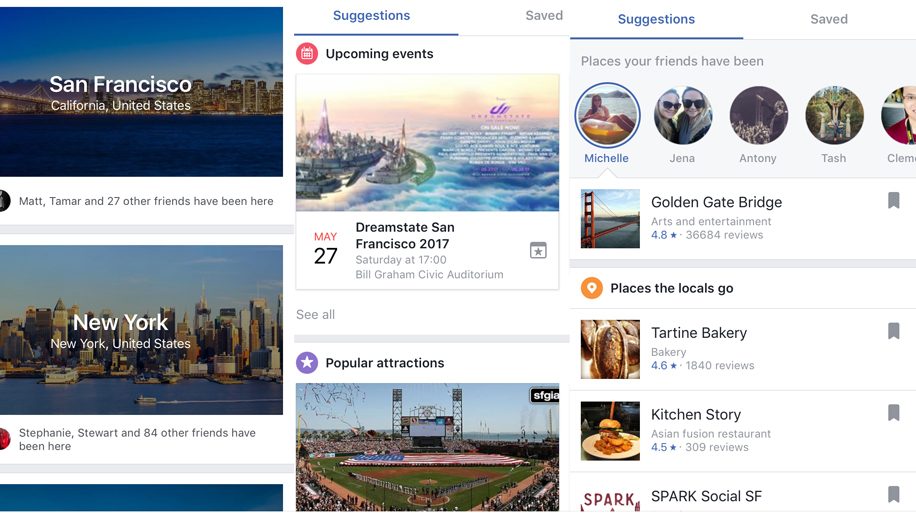 Facebook has quietly rolled out a new feature on its iOS and Android app that appears to rival the likes of Tripadvisor and Google Trips.

City Guides offers a range of features to help users plan their trips, including listing the most popular tourist attractions, “Places the locals go” and upcoming events.

It differentiates itself from other planning apps through the social element of linking to your Facebook friends – showing you who’s been to a particular city, or who’s lived there.

It will also show venues based on where your friends have “checked in”, thereby building on the previous “Places” feature and giving people the option to curate an experience through their friends’ eyes.

The functionality extends to offering directions to various locales, showing reviews and even letting users book or directly contact venues through the app (depending on settings).

Facebook will also let people save places to reference later, making it easier to plan an itinerary.

View All
Latest from the forum
see our latest forums
Easyjet Hack – Can I get a refund on travel
29 May 2020
Switzerland to open some borders from June 15
29 May 2020
Cathay proposed brand merger.
29 May 2020
more
Share