Key learnings from the WTTC Global Summit 2022 in Riyadh 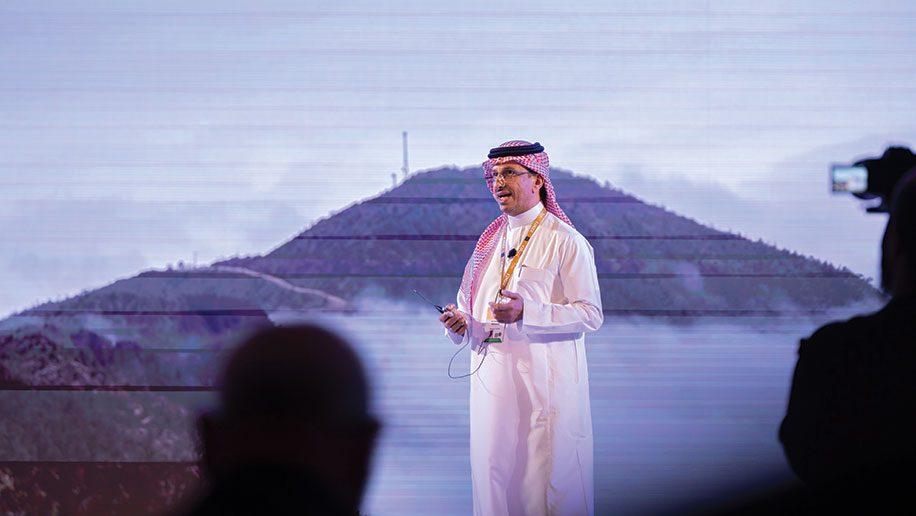 Only a few months ago, alarm sirens wailed as the World Travel and Tourism Council (WTTC) stated that the travel and tourism sector had taken a US$4.5 trillion hit in 2020 due to the Covid-19 pandemic. At the time, its contribution to global GDP dropped 50.4 per cent, vastly disproportionate to the 3.7 per cent dip in the overall economy globally. Legitimate questions about the robustness of the sector swirled.

However, at the 22nd Global Summit of the WTTC held at the King Abdul Aziz International Conference Centre in Riyadh from November 28 – December 1 last year, it was clear that all that pessimism from only a few months prior had dissolved to give way to buoyant celebration as the industry made a charging comeback.

Julia Simpson, WTTC president and CEO, took to the stage at the opening of the summit, to outline the prospects of that recovery. “When travel and tourism thrive, other industries thrive with it. Our ten-year forecast shows that our sector will outpace global growth. We will be growing at 5.8 per cent annually, while global GDP is expected to grow at 2.7 per cent.”

Ahmed Al Khateeb, Saudi Arabia’s Minister of Tourism, spoke on that same stage just before Simpson and called for “collective action” to build out the future of the industry. “We have to future-proof this industry that provides one in nine jobs. Tourism will create 126 million new jobs in the next decade – that means one in every three new jobs created will be in our sector. It means we can change many lives, if we do this right.”

Al Khateeb’s remarks were being made in a country that was indeed doing it right. As recently as a decade ago, tourism wasn’t a major consideration for Saudi Arabia. But as an aggressive national economic diversification agenda took root, it became among the kingdom’s core agendas with giga projects currently being executed around the country.

At the summit, one of those giga projects – the US$50.6 billion mixed-use development at Diriyah on the outskirts of Riyadh – announced the opening of At-Turaif, the UNESCO World Heritage Site at Diriyah, as well as its adjacent premium dining destination of Bujairi Terrace.

Another major announcement that coincided with the summit was the unveiling of a master plan for a new six-runway King Salman International Airport which will be built in Riyadh to accommodate up to 120 million travellers by 2030. The confidence that the industry as a whole has in the future of Saudi was only reiterated when Simpson revealed that WTTC members are set to invest more than US$10.5 billion in the kingdom.

The calibre of speakers who took to the stage over the course of the summit is enough to convince you about the collective might of those WTTC members. Six of the world’s biggest operators – Hilton, Marriott International, Hyatt Hotels Corporation, Accor, IHG and the Radisson Hotel Group – had their CEOs present at the summit in Riyadh. Hilton President and CEO and former chairman of WTTC, Chris Nassetta, was joined by the CEO of the world’s largest hotel group, Anthony Capuano of Marriott International. Hyatt Hotels Corporation president and CEO Mark Hoplamazian, IHG CEO Keith Barr, Accor chairman and CEO Sébastien Bazin, and Radisson Hotel Group CEO Federico J González too showed up in Riyadh. Together, these six major brands are reported to manage over four million hotel rooms around the world. Collectively, they are reported to have around 43,500 new hotel rooms in the pipeline for Saudi Arabia.

The summit, held under the theme of ‘Travel for a Better Future’, saw the participation of over 3,000 delegates from 140 countries. The Riyadh gathering had double the number of delegates compared to the previous pre-Covid WTTC summit in Seville, and also had nearly three times as many countries represented within it. Drawing in the crowds at the WTTC were speakers including Ban Ki Moon, who served as the eighth UN Secretary-General from 2007 to 2016, as well as former UK Prime Minister Lady Theresa May. They had the full attention of the approximately 55 government ministers, over 250 CEOs and more than 60 ambassadors and diplomats who attended the summit.

Sustainability matters
Among the numerous panel discussions and interviews conducted during the summit, it included The Global Business of Travel, Accelerating the Energy Transition, and Investing in Mega Events.

However, the most dominant theme of all was that of sustainability. In 2019, transport accounted for 38 per cent of emissions. While stakeholders have rushed to address the issue of sustainability, not many are fully aware of the actual impact and climate footprint of the global travel and tourism industry. At the summit, the WTTC released the data of its Environmental and Social Research report, which details the climate footprint of the global travel and tourism sector. WTTC said that its research accurately tracks the impact that various participants of this sector have on the environment. The data covers 185 countries and will be updated annually.

The inaugural report stated that while previous estimates suggested that the global travel and tourism sector was responsible for up to 11 per cent of all emissions, WTTC’s research instead shows that in 2019 the sector’s greenhouse gas emissions totalled 8.1 per cent worldwide. It noted that the emissions were falling consistently since 2010 and attributed it to technological developments coupled with energy efficiency measures across industries. Between 2010 and 2019, the sector’s GDP grew on average 4.3 per cent annually whilst its environmental footprint increased by 2.4 per cent.

“Now we know what we are working with. We can compare where we are today to where we were ten years ago. We can track not just greenhouse gases, but everything from energy consumption to water usage. It will give our businesses, the data they require to understand where they need to focus and it will also give governments hard facts on how to meet ESG targets. The great dream here is decoupling growth in travel and tourism from carbon emissions,” said Simpson.

A focus on sustainability isn’t just a moral and social imperative, but an economic reality too. As Simpson noted, “The WTTC’s Nature Positive Travel and Tourism report shows that tourism from nature generates over US$600 billion, and that creates opportunities for the world’s poorest countries to protect their biodiversity and their communities. In Rwanda, for example, tourism is the largest source of foreign exchange earnings invested back into the country.”

Actor Edward Norton, UN Goodwill Ambassador for Biodiversity, took to the stage at the summit too. Norton has played an important role in conservation financing models which range from forest carbon project development to a new ‘impact capital’ facility for luxury tourism which in turn funnels 100 per cent of profits back into the community’s health and conservation services.

Another major sustainability-linked report released at the WTTC – Better Travel and Tourism, Better World – developed through a partnership between the Saudi-based Sustainable Tourism Global Centre (STGC) and independent system change advisory firm Systemiq, found that the travel and tourism industry could reduce its emissions by over 40 per cent by 2030 though drastic action. It cautioned that left unchecked, these emissions will rise 20 per cent by 2030. The report is also believed to be the first to estimate a fully-costed roadmap to decrease emissions in the industry to steer it towards a net-positive model by 2050. It states that the sector would require increased investments of US$220-310 billion a year to 2030, equating to two-three per cent of the industry’s overall US$10 trillion contribution to the world’s GDP. The report calls for reform measures to focus on five major priorities: reducing emissions, protecting and restoring nature, strengthening communities, shifting traveller behaviours and increasing resilience to climate change.

The path to growth
As the conference drew to a close in Riyadh – a city that aspires to be one of the world’s top 10 city economies by 2030 – the findings of another significant report were released. The WTTC’s Cities Economic Impact 2022 Report, surveyed 82 cities around the world to find that ten of them were projected to surpass pre-pandemic levels in terms of direct travel and tourism contribution to their GDP in 2022. From the 82 cities combined, direct travel and tourism contribution to GDP in 2019 stood at US$734 billion, and was forecast to hit US$582 billion in 2022 and US$1.1 trillion by 2032. “In the decade to come, cities will continue to grow. Growth in travel and tourism GDP will continue to grow with it. This is particularly the case in Asia-Pacific and the Middle East, which will witness unprecedented growth,” Simpson stated in the report.

The Middle East’s status as a front-runner is evident when you consider that the contribution of travel and tourism to Doha’s GDP in 2022 was expected to increase 21 per cent over 2019 levels – the highest increase among the 82 cities covered in the report. Two other Middle East cities – Dubai and Doha – also came out ahead when it came to expected international tourist spending for 2022. International visitor spending in Dubai was forecast to reach US$29.4 billion in 2022, and followed by Doha in the second position at US$16.8 billion. Travel and tourism are also expected to be an engine of job creation in those 82 cities. Over the coming decade, the report states, the sector will directly generate up to eight per cent of all jobs in these cities combined – up from 6.6 per cent in 2019.

The private sector will undoubtedly play a major role in that growth. Princess Haifa Al Saud, Saudi Arabia’s Vice Minister of Tourism, pointed out during a panel discussion at the summit in Riyadh, that while the government has been proactive in building out its tourism portfolio – she says the Saudi’s tourism development council has 20 government representatives at a ministerial level to ensure delivery with clear KPIs in place – the private sector is being actively courted too. “When we launched the initiatives to deal with the pandemic, we sat down at the table with the private sector and heard from them. We are amending our policies – for example, the criteria for hotel classifications – with the private sector. We had over 1,000 sittings with them this year alone and we’ve heard from them that one size doesn’t fit all, so we’re amending it accordingly based on their feedback. We have 28 initiatives that we will be launching to facilitate the investor journey.”

She added, “In the government, we have the mindset of transforming our economy as a whole. We need to be willing to learn, to see what worked, and what didn’t…and continue to develop what we need to do further.” As the WTTC summit in Riyadh demonstrated, what is true for Saudi Arabia, is true for the rest of the world’s travel and tourism industry.