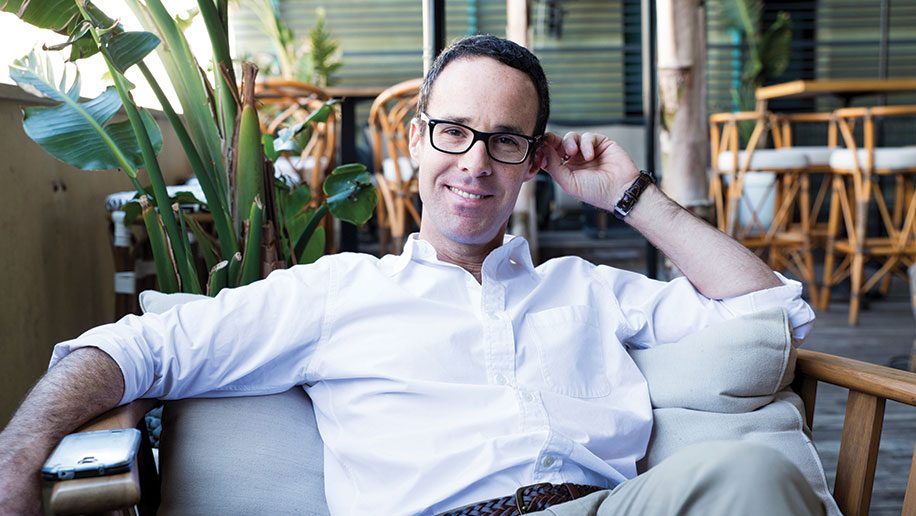 The Israeli hotel industry has undergone a dramatic transformation since the pandemic began. An array of boutique hotels are emerging and proving to be tough competition to some of the global brands which, for decades, have dominated the landscape. Until now, that is. One of the major players behind this shift which is challenging the status quo is Leon Avigad, co-founder of Brown Hotels, a home-grown Israeli brand taking the country by storm, and now expanding rapidly into Europe too.

Over the course of the pandemic alone thus far, the hotel group has opened nine new properties in the likes of Tel Aviv, Jerusalem and Eilat. The unique properties range from small boutique experiences to grand luxury hotels, each destination chosen as an authentic representation of both Israeli culture and architecture.

Avigad prides each property as having “a story to tell”. The Lighthouse hotel in Tel Aviv occupies the former Migdalor building, an iconic brutalist architectural-style building that has been transformed into what is now one of the city’s prime hangouts as the brand takes tourists into once-forgotten neighbourhoods, now among the coolest places in the city.

In Jerusalem, Brown JLM Mamilla is housed in a 19th-century historic building, meticulously restored and extended to offer six extra floors, becoming a go-to for the city’s tourists and hipsters thanks to its prime location, as well as its popular restaurant and rooftop bar.

At the helm of this transformation, Avigad says the hotel group prides itself on its “daring” and creativity, often the first to go into areas but soon inspiring other brands to follow suit, starting in 2010 within the patchwork of his vibrant home, Tel Aviv, now known as the Middle East’s 24-hour city.

Some of those more edgy destinations now include locations next to the arts and crafts market of Nahalat Binyamin and the Carmel food market, experiences which take tourists into the creativity and buzz of Tel Aviv allowing visitors to experience the city the way locals enjoy it. “We are not going to the obvious places, but looking for those that will be up and coming, with a strong notion of coolness that will attract creative people,” says Avigad. “New travellers look for individuality and to be shown the next cool neighbourhood, and Tel Aviv is the city for daring people.” 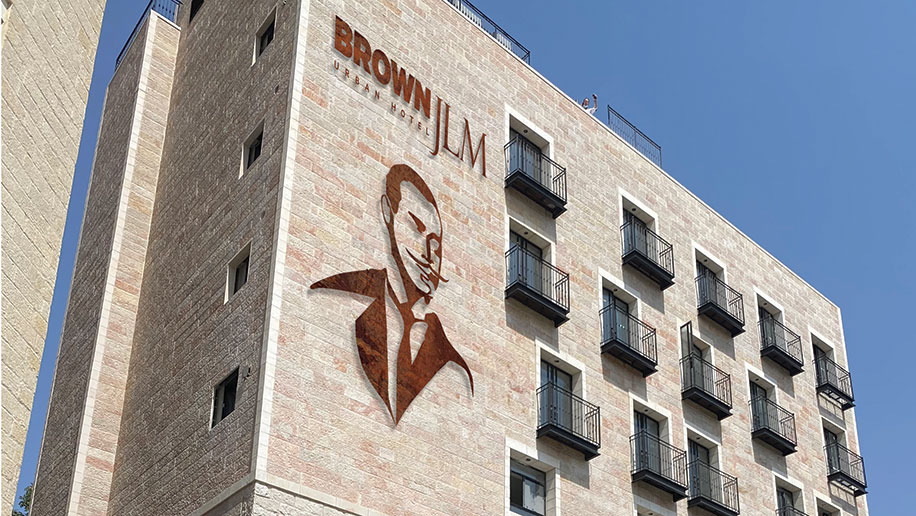 However, it is not only Tel Aviv where the Brown empire is spreading. Other destinations include the holy city of Jerusalem and the coastal resort town of Eilat in Israel’s south, as well as four countries in Europe, growing to a total of 50 properties by 2024. “Wherever we go, we are usually the first, like our recently-opened property in Mahane Yehuda [near Jerusalem’s vibrant food market]. We choose places where people once looked at us like we were mad, but where now others are trying to follow,” notes Avigad. Now 50, the entrepreneurial-minded Israeli cut his teeth as a bellboy in Israel’s iconic King David Hotel in Jerusalem in the early years of his career, an experience which would influence the rest of his life, inspiring him to now lead Israel’s fourth-largest hotel group.

Israel’s hospitality sector shake-up by these daring minds has not gone unnoticed by the big established names which admit that the new wave of boutique brands, which also includes the likes of Atlas Boutique Hotels and the Selina group, are in turn making them raise their own game. Tali Ginot, head of sales and marketing at the Intercontinental David Tel Aviv, which opened in 1998, says that the last year has seen “drastic” changes in the Israeli hotel scene from the emergence of new boutique concepts to high-luxury groups such as Soho House and soon, Nobu, entering the market. “From the perspective of an iconic hotel like the Intercontinental David Tel Aviv, this variety in the hotel offerings is not only a great source of challenges, but also of pride. It means that more than before, Tel Aviv is seen as an attractive worldwide city that drives new hospitality groups,” says Ginot. 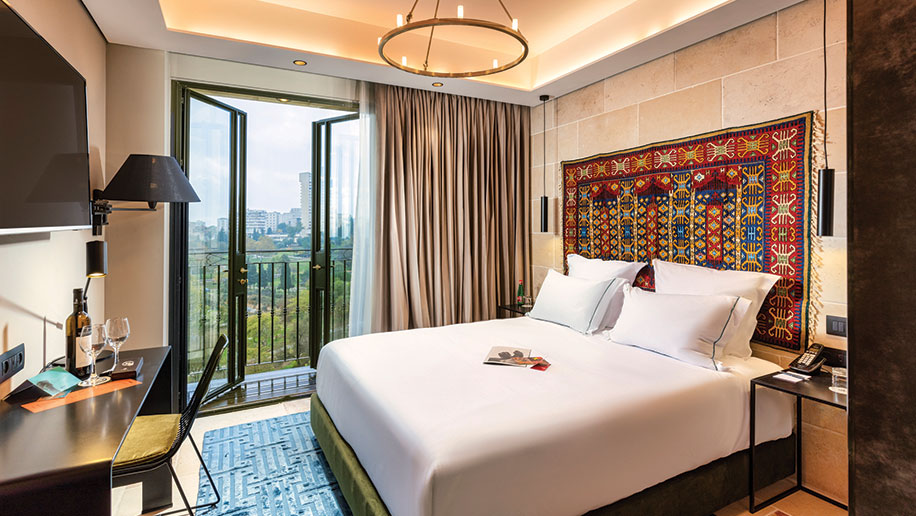 The reason for that, she explains, is that the image of Tel Aviv has evolved with its great dining and nightlife options and eclectic arts and cultural offerings. “We went from a very corporate-oriented destination to an exciting city that reaches the top of the global rankings,” observes Ginot. “This new face of Tel Aviv is bringing new kinds of travellers, some of whom will be attracted by boutique hotels.”

Avigad, who opened the brand’s first property, Brown TLV, in 2010, agrees, explaining that the perception of Israel in general is now radically different, thereby bringing “new more savvy guests to Israel”. “Right now, Israel is a hotspot. Tel Aviv is not Ibiza or Mykonos yet, but it is known to be a capital of cool and fun, internationally recognised as a place where you can really enjoy the luxuries of life, and yet it’s an hour from Jerusalem with its spiritual vibe,” he says. “Israel has a lot more to offer than only the holy sites. Slowly, it’s not just Jerusalem that people are talking about, but about Tel Aviv too.”

Isrotel, which now has 23 hotels throughout the country since its first property opened in 1984, is one of the local brands also seeing the demand for more boutique concepts and is adapting the brand accordingly. “Already from before the onset of the Covid [pandemic], we began building several boutique concept hotels throughout Tel Aviv. With the future prediction for incoming tourists to Israel, both large and boutique-size hotels are necessary and in demand,” explains Alona Kosoi, marketing and sales director of Incoming Tourism at Isrotel. “In certain areas of the country, the boutique concept is imperative, especially in secluded areas such as the mountains and in the desert.”

She says that brands such as Brown show the evolution of the country’s hotel sector. “Local brands are always great to see and as Israel climbs the ladder as a preferred destination in international travel, more and more Israeli companies are investing in the industry.” Melanie Swan 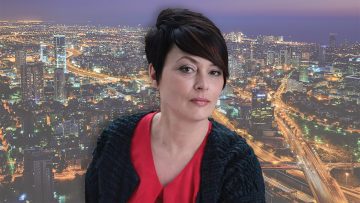 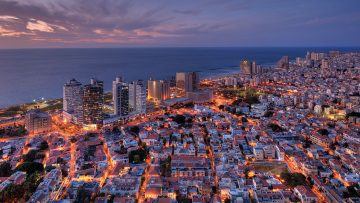 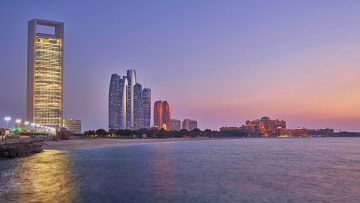 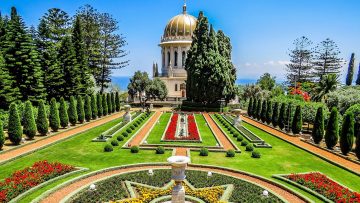