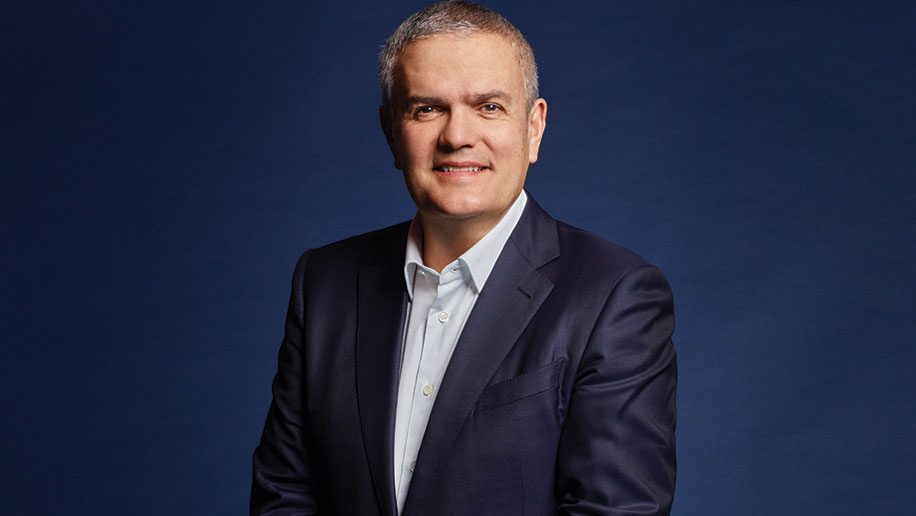 Over 3.5 billion people watched the 2018 FIFA World Cup – that’s roughly half a billion more than the viewership for the Olympics last year. Football has an outsized global universal appeal and the quadrennial World Cup is the very pinnacle of the sport.

Back in 2006, Hublot became the first luxury brand to enter the world of football. Hublot started close to home when it partnered with the Swiss national football team in 2006 – all 60 members of the squad had a Big Bang ASF limited edition strapped on before they left to participate in that year’s World Cup in Germany.

Thereafter, the Swiss watchmaking brand made rapid inroads into the sport. It teamed up with the UEFA Euro in 2008 and then hit the jackpot when it kept time for the 2010 FIFA World Cup in South Africa. It repeated that feat in Brazil in 2014 and in Russia four years later. Now, at the 2022 edition this month in Qatar, Hublot is the Official Timekeeper of the tournament for the fourth consecutive occasion.

“The world of football is a key pillar for our brand and we value the partnerships we have with the different tournaments, clubs and players. Hublot loves football, and naturally, the FIFA World Cup is an event we are very proud of partnering with,” Hublot CEO Ricardo Guadalupe told Business Traveller Middle East recently in an exclusive interview.

Hublot’s participation in the World Cup became a great marketing tool when at the 2014 World Cup in Brazil, it took the bland rectangle digital board that displays substitutes and extra time, and redesigned it to resemble the familiar porthole shape of one of its most famous watches. “Hublot’s iconic Big Bang is present on the field and on television screens all over the world with the referee board that takes the same shape as the Big Bang watch,” notes Guadalupe.

But four World Cups in, Hublot is taking its partnership with the mega tournament to the next level this year. “We are also the official supplier of the referee’s watches. There is a Big Bang e that has been exclusively made for the referees and was designed together with FIFA to help the work of the referees by being connected to VAR and goal-line technology,” reveals Guadalupe of a special timepiece that has been handed to each of the 129 referees appointed to officiate at this year’s competition in Qatar.

While those referees have access to that special-edition timepiece, there is a version of Big Bang e FIFA World Cup Qatar 2022, limited to 1,000 pieces, which is  available to the public. The Gen3 Connected watch has a newly-designed football app and a high-definition screen that’s larger than the previous connected model from the watchmaker which debuted two years ago.

With the World Cup as its raison dêtre, the new Big Bang e FIFA World Cup Qatar 2022 watch will display player profiles and team compositions 15 minutes prior to each match. At the start of the game, the watch enters “match mode” and activates a “timeline”.

The outer edge of the dial will consist of a scale split into five sections, indicating the first and second halves, additional time permitted in each half, as well as half time. When a player scores a goal, the timepiece will display an animation that includes a mention of the player’s name, while a football symbol will appear at the precise minute mark on the scale to indicate the time at which the goal was scored. The same thing happens if there is a yellow card, a red card or even a penalty.

If a match goes beyond normal time, the display of the timepiece will automatically switch into extra time mode, and will again change up the display automatically into shootout mode if the match progresses to penalties. Each penalty is recorded by a football with a green or red outline – the colour indicates whether or not the attempt was successful. A final “match period animation” then shows when the game concludes and displays the resulting score. During a game, the wearer can use the crown to scroll around the dial and replay any event that coincided with that specific time.

The first generation of the connected watch was released at the time of the 2018 FIFA World Cup in Russia and four years on, this third-generation model features a 44mm case in micro-blasted and polished black ceramic and black titanium. A Qualcomm Snapdragon Wear 4100 processor powers the watch which features the Google Wear OS 3.

The world of Hublot
Apart from the tournament itself, Hublot has over the years onboarded top-tier personalities from football and brought them on as ambassadors for the brand. These include the likes of Pelé, Luis Figo, Gareth Southgate and Kylian Mbappe, among scores of others.

Hublot’s well-laid strategy with picking ambassadors goes beyond football. Examples include landing a spot on Floyd Mayweather Jr’s shorts during his Conor McGregor fight as well as signing Novak Djokovic as an ambassador last year. Guadalupe is unambiguous about the sports personalities that Hublot partners with. “We have many partners across sports: football, tennis, skiing, golf, athletics, sailing, polo and baseball. We partner with leading athletes in different sports that each share a common trait: they are unique and different, and they most importantly appreciate and understand Hublot.

“We never choose to work with an ambassador because of their style or their image. Very often our ambassadors are first our clients. We believe that individuals who love our watches will always be the best ambassadors. Choosing the right ambassador is a process that takes time and we first develop a relationship with them before signing. It’s important that the partnership is genuine and comes from a real appreciation of Hublot and our world.”

As far as partnerships go, Hublot has extended them from the sports arena into the art world too having collaborated with several artists including the likes of Richard Orlinski, Takashi Murakami and Marc Ferrero. “It’s been over 10 years since we began collaborating with unique artists with whom we have also developed new watch collections. Our partnerships are always long-term, and we like to work hand-in-hand with artists to expand our product range and offer exciting releases. Of course, we will continue to develop unique watches with the Hublot Loves Art family,” notes Guadalupe.

For the World Cup, Hublot merged art with football by teaming up with Lebanese fashion designer Mira Mikati. Mikati collaborated with 15 of Hublot’s ambassadors and friends of the brand to design one-off footballs with each of them. Each football consists of hand-drawn and painted designs with a message or theme that is specific to the person with whom it was designed. The 15 football personalities include: Pelé, Kylian Mbappé, Laure Boulleau, Marcel Desailly, Didier Deschamps, Luis Figo, Ada Hegerberg, Roberto Martinez, Alex Morgan, Jose Mourinho, Alexia Putellas, Hervé Renard, Xherdan Shaqiri, Gareth Southgate and David Trezeguet.

The official version of the Big Bang e FIFA World Cup Qatar 2022 has a burgundy dial and a black-and-burgundy-lined leather strap – the burgundy pays tribute to Qatar’s flag. Should you wish to root for a specific team, Hublot will make available dial and strap colours in any of the 32 participating countries. There is also be special limited-edition straps designed by Mikati.

During a recent presentation of the watch, Guadalupe added that this year, Hublot will also deep-dive into the metaverse with its Hublot Loves Football campaign. Details of that campaign will be revealed imminently, but what we’ve learnt thus far is that there will be a virtual stadium with 90,000 digital avatars inside. The design of the stadium will be inspired by Hublot’s Art of Fusion concept and its Big Bang watch. Those who enter that virtual stadium can access this year’s Hublot Loves Football campaign through different experiences across the space. “Technology is incredibly important for the luxury client experience and Hublot is very involved with developing exciting launches in the Web3 world,” says Guadalupe. Reiterating the brand’s commitment to technology, Guadalupe adds, “For several years already, all Hublot watches are sold with an e-warranty which is backed by the Aura blockchain.” In further support of its Web3 ambitions, in April this year, Hublot launched two NFTs with Japanese artist Takashi Murakami and also a Big Bang Unico Ledger that comes packaged with a crypto wallet.

In the non-virtual world, Hublot’s physical presence in the Middle East meanwhile has been one of its most successful worldwide. Its Dubai Mall boutique has on previous occasions been the single highest-selling boutique in the world for the watchmaker. “We have 16 Hublot boutiques in the Middle East, so this is a very important market for us. We have three boutiques in the UAE and already five boutiques in Saudi Arabia. We plan to grow our presence in Saudi and foresee opening around three boutiques in the next three-five years,” says Guadalupe. Last month, Hublot and Al Majed Group announced the opening of the new Hublot Doha Vendôme Mall Boutique that spans over 200 sqm.

But alongside its growth plans, creating artificial scarcity is not part of the agenda. In most cases, when you set out to buy a Hublot you end up getting the one you desire. Making sure it stays that way, Guadalupe is expanding the brand’s production. “The Hublot manufacture is in Nyon, Switzerland. We are preparing to expand our headquarters with an additional building so that we can have greater infrastructure and develop our brand even further, focusing on new materials, research and development, and new movements.”

And Hublot best prepare itself for some insatiable appetite for its watches driven by its participation in the World Cup. Estimates suggest that five billion people will view this year’s World Cup. The return on investment for Hublot by the end of the tournament when the referee blows the final whistle, one hand strapped with a Big Bang e FIFA World Cup Qatar 2022, will be incalculable. 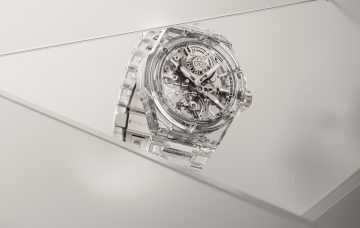 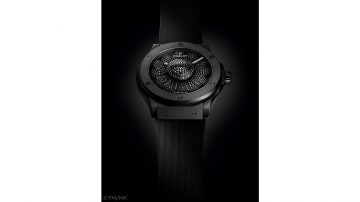 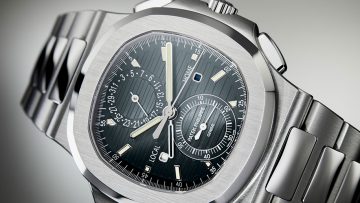 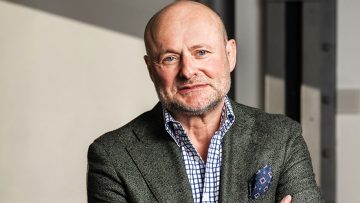 Features
How Breitling's Georges Kern is shaping the conversation around horology
9 Sep 2022
Loading...