From the archive: December 1999 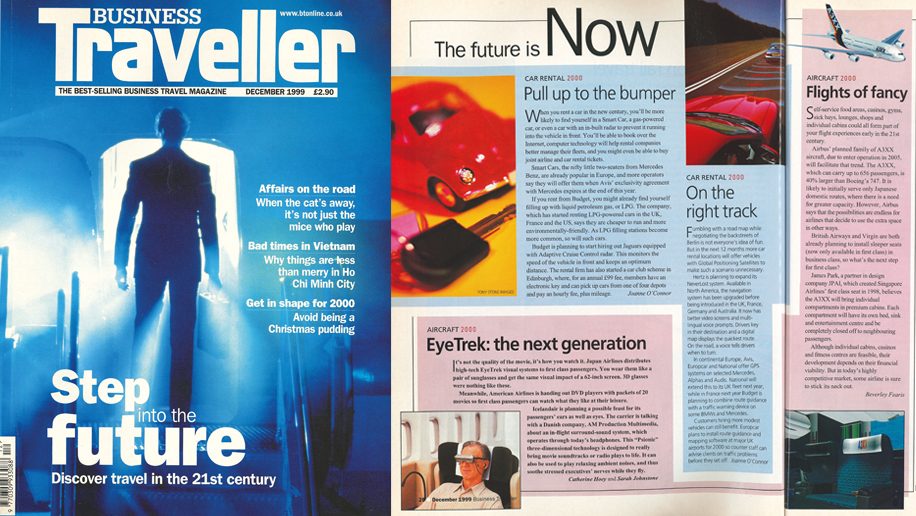 Believe it or not, we are now two decades into the 21st century. A trip into the Business Traveller archive shows the different world we were living in on the eve of the new millennium. In our December 1999 issue, the editorial team bravely made a host of predictions about transport and travel in the years ahead. So were they proved right?

One writer looked forward to the 2005 arrival of an aircraft that would be 40 per cent bigger than a B747 and would transform the in-flight experience with self-service food areas, casinos, gyms and shops. This was, of course, the A380. The feasibility of such in-air luxuries would depend on their financial viability, but an airline would surely “stick its neck out”. Many did – from Emirates, with its onboard shower and bar, to Singapore Airlines, with its hotel-like suites. However, in 2019, Airbus announced it would end production of the aircraft in 2021 owing to waning demand. And we’re still to see an airborne gym or casino.

Travellers would soon be able to avoid hotel check-in desks completely, we suggested. A Holiday Inn trial showed that people could instead be assigned a room number over the phone and then swipe their credit card to enter. This didn’t happen in quite the same form, but many hotels now have digital keys and self-serve check-in kiosks in lobbies.

“As technology improves, more people will use the Net, and for more mundane tasks such as making long-distance phone calls and watching television,” the team thought. Our writers also predicted that within 20 years the mobile phone industry would reach its Holy Grail – “a single phone number and handset that operates as a cordless at home, a worldwide cellular… and a satellite phone”. What a difference a couple of decades makes.

Airlines would try to shave space from economy seatbacks, we wrote, potentially providing extra legroom while allowing more seats to be squeezed in. That was spot-on. Our writers added that individual IFE systems would become more common in economy. In business class, we thought more carriers would copy BA and Virgin Atlantic by providing fully-flat seats clad in comfortable fabrics.

Loading comments...
Read Next
Airport sustainability: From the ground up
Read Previous
Smart traveller: How to get an emergency passport 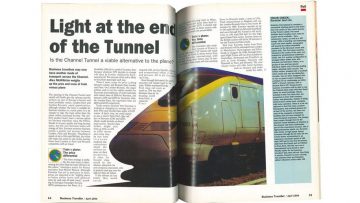 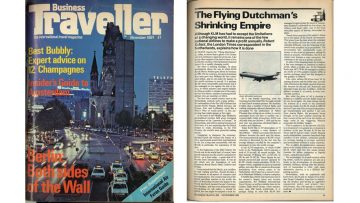 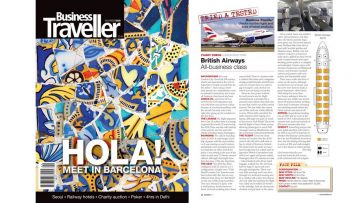 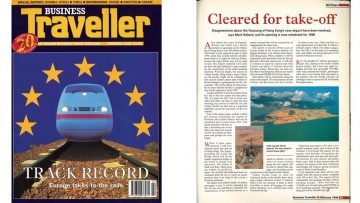