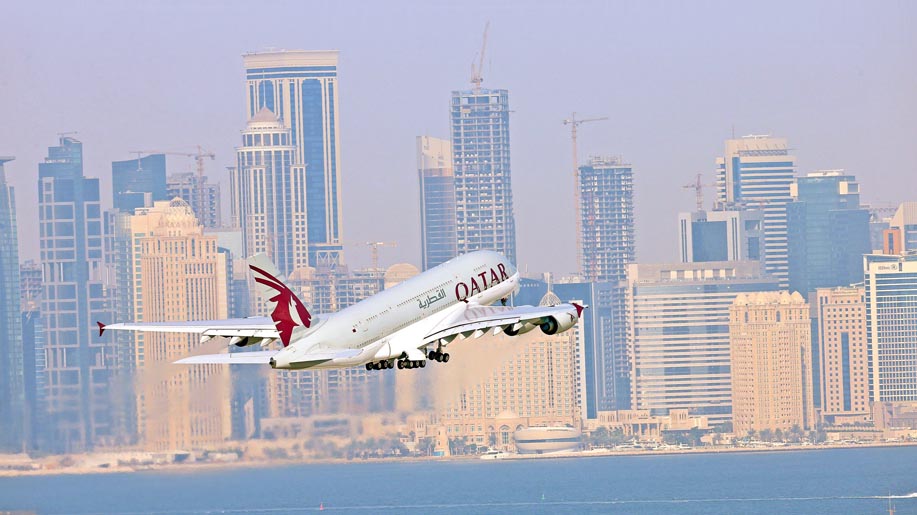 Qatar Airways (qatarairways.com) is deemed a luxurious airline worldwide, a reputation it has earned through its noteworthy service across cabin classes. In October, at the Business Traveller Awards 2016, the airline was victorious in the Best Business Class and Best Middle Eastern Airline categories, and in January this year, at the Business Travel Awards, it was recognised as the Best Long-haul Airline.

Since it started flying to India in 1994, it has expanded to a network of 13 Indian cities on its route map: Mumbai, Ahmedabad, Amritsar, Bengaluru, Chennai, Cochin, Goa, Hyderabad, Kolkata, Kozhikode, Nagpur, New Delhi and Trivandrum. These are served by the B787, B777, A330 and A320 aircraft.

On the B787 Dreamliner, its “lower altitude-equivalent pressure, improved air-quality and optimal humidity” helps arrive at your destination feeling less fatigued. Full-spectrum LED lighting on-board is intended to relax you further, enabling you to adjust to changing time zones. You can also electronically dim windows to alter the amount of natural light you wish to receive.

The B777 cabins come with high ceilings, thus giving a sense of having more space in the capsule. Plenty of natural light through its large windows adds to this perception. Its business class seats have the additional massage setting, which means you can opt for an unwinding treatment before landing. You are most likely to enjoy the sleeper suits (on overnight flights) and Giorgio Armani amenity kits when flying this aircraft, or the A320.

Generous overhead compartments across all cabin classes give enough room to each passenger aboard the A320 to store their luggage. Known as one of the more quiet aircraft, because of its engines  that are fitted with updated technology, it is a peaceful flight for many, especially with its mood lighting. As for the A330, its business class seats have an additional storage space fitted into them, four-way adjustable inflatable back support and a six-way adjustable headrest.

In December 2016, the carrier partnered with luggage designer BRICS and Italian skincare brand Castello Monte Vibiano Vecchio to provide passengers  “with the finest keepsake amenity kits” on long-haul flights. First class kits are styled after BRICS’s Bellagio series bags and its Sintesis line of trolley bags influences the design of the business class kits. Both include a lip balm, hydrating facial mist and anti-ageing moisturiser; the night recovery cream is added to first class kits.

Commenting on the launch of this kit, Qatar Airways senior vice president of customer experience, Rossen Dimitrov, said, “This will be a year of change for Qatar Airways travellers, with numerous upgrades to our on-board products and services, including our new economy class amenity kits. We like to continually surprise and delight our passengers in every class of cabin.”

As for in-flight entertainment, all Qatar Airways’ aircraft models give passengers access to the Oryx One in-flight entertainment and communication system. It has a touch-screen control unit, through which you can access up to 3,000 entertainment options — the latest blockbuster movies, TV shows, music, and games to name a few. The dual-screen interface also allows multi-tasking wherein you can play a game on the handheld device while watching a movie on your personal screen. All seats come with a USB port, Apple iPort and wifi.

Commenting on giving its passengers the option to stay in touch with the Earth below, Coste states: “Passengers can stay connected with a laptop power outlet, USB plug and personal telephone. Our air mobile service enables you to send and receive SMS/data during your flight. Wifi services are available on-board our A380, A350, B787, A319 and selected A330, A320 and A321 aircraft, making it easier to stay connected across the globe.”

Aboard the A380 is The Lounge that Qatar Airways describes as “your sanctuary in the sky”. Despite spacious, fully-flat bed seats, first and business class customers may choose to spread themselves comfortably in this cosy lounge. A wide selection of magazines are available on-board to browse through as you enjoy fresh food, delicious snacks, and a poison of choice here.

Coste adds that Indian food is also a regular feature on its fights: “Qatar Airways offers passengers extraordinary cuisine designed to suit local taste, with Indian food holding prime significance in our on-board menu.” This selection, however, is for flights flying out of India. 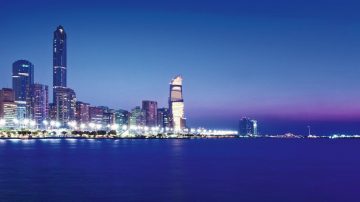 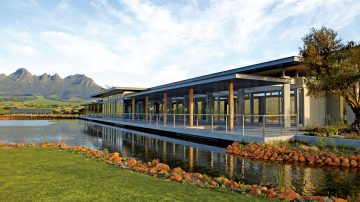 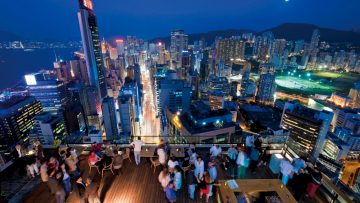 Features
Taste Hong Kong: A mouthful of everything
27 Nov 2016
Loading...