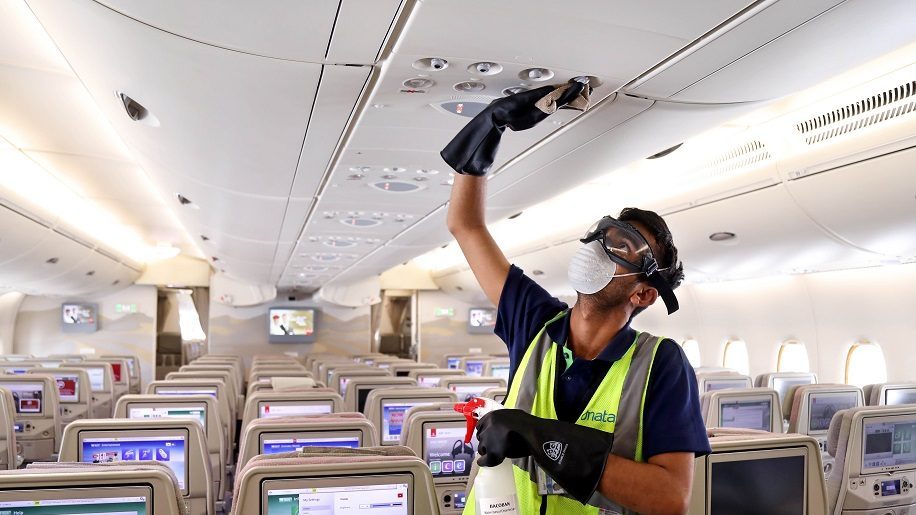 FIVE MYTHS ABOUT AIR IN THE CABIN

Fact: The nature of the system means that air is constantly being diluted, so the same air does not endlessly circulate. When “used” air is drawn out of the cabin, half of it is exhausted from the plane while the rest is filtered and then mixed with an equal amount of outside air.

Fact: Older aircraft are not necessarily pumping out dirtier air. A UK-based study recently measured the air on two older aircraft types (the BAe 146, with 100 percent mask outside air, and the Boeing 737-300 with 50% recirculated air) during flights of up to three hours. They found that levels of air particles, bacteria, dust, carbon monoxide and carbon dioxide were well below regulatory levels and were comparable with the air on newer aircraft.

3. Myth: If you are feeling short of breath on board, you can request the use of an oxygen canister

Fact: British Airways told Business Traveller that if a passenger is feeling unwell, the crew are trained to deal with the situation and if necessary contact with a medical advisory centre at ground level. Oxygen is not handed out on request.

4. Myth: It’s a good idea to wear a surgical mask to protect you from infections on board

Fact: Dr Mark Popplestone of BA says: “no more or less than it’s worth doing in any public place.” Wearing a surgical mask protects those around you from infections you may be carrying but does not keep you safe from others’ germs.

5. Myth: Cabin air is drier than it used to be

Fact: Recirculated air may have a bad reputation but it does perform one vital service, and that’s raising humidity levels on board. Before recirculated air was introduced the atmosphere on aircraft was even drier than today. Says Richard Johnson, environmental control systems engineer  for Boeing: “In systems with 100% outside air it’s around 5 percent humidity while in Economy Class using recirculated air it can be 15 to 20%, which is still low but relatively it’s much better.

Loading comments...
Read Next
Golfing around... Sanya
Read Previous
Not Quite the Diplomat: Home Truths About World Affairs