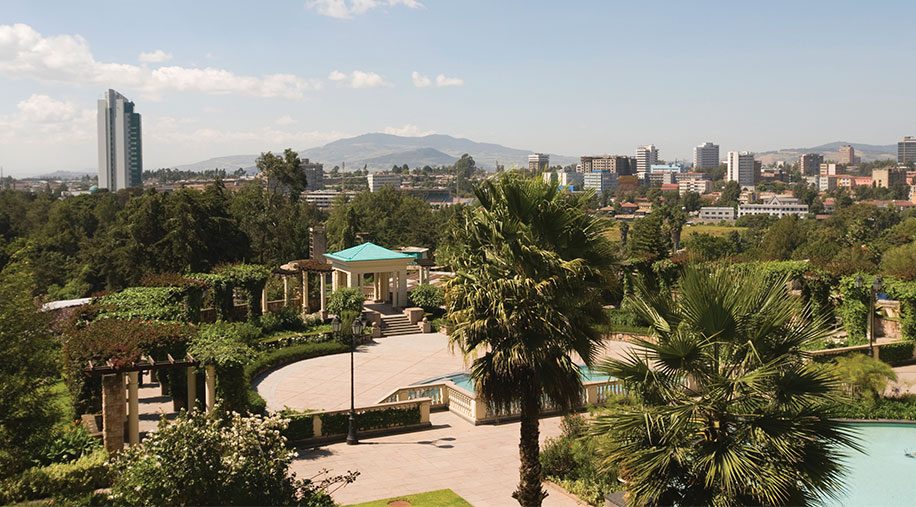 Though progress has recently stumbled, Ethiopia’s young population will help the country achieve its potential, aided by a new prime minister focused on both political and economic reform. Catherine Chetwynd reports

Ethiopia claims many things differentiate it from other nations, but top award goes to the country’s use of its own calendar, which takes you back eight years on landing. And instead of numbering the hours one to 24, daylight runs from one to 12 (one is 07.00 BST), and darkness from one to 12 (from 19.00 BST).

It means that when arranging meetings, it’s best to ascertain which clock is being used. The capital, Addis Ababa, has great energy and Ethiopian warmth is present wherever you are, which helps mitigate some of the difficulties the country presents. It’s a nation where old meets new; anyone with a yen for the former Eastern Bloc, for instance, will feel at home in the blue Trabant taxis that brave the traffic-clogged streets. But you could also use an app to hail a yellow cab. Whichever style of taxi you take, be prepared to negotiate when it comes to the fare.

With a population of more than 107.7 million people, Ethiopia represents a big opportunity for business. The population is young, with a median age of 18.8 years, and it is increasingly well educated.

“A lot of opportunities have been created for our youth to get educated, but the economy could not create adequate employment openings for them. That is the challenge,” says a spokesman for the Department for International Trade (DIT) Ethiopia. “For investors, it is very promising to come to an educated workforce.”

Ethiopia has its problems, but among its neighbours it is relatively calm.

The new prime minister, Abiy Ahmed, extended an invitation of peace to Eritrean president Isaias Afwerki, establishing diplomatic ties between the two countries and overturning tensions that had existed since Haile Selassie annexed Eritrea in the 1960s.

This is not the only way in which Ahmed brings a promise of greater things. In addition, he has introduced popular reforms in the hope of dissolving political and ethnic tensions involving the Oromo people, though these have not subdued discord and fighting between rival ethnic groups, which has displaced 70,000 people since April, according to UN agencies, with more than 40 being killed, local media report.

Within two months of taking up office, Ahmed opened the economy for private investment in two sectors: telecommunications and the Ethiopian Airlines group. The airline has garnered positive reviews for its young fleet and its service, and is an attractive business proposition as it develops an impressive hub-and-spoke network out of Addis Ababa. With an eye to the future, the airline has “Vision 2025”. This is, “To become the most competitive and leading aviation group in Africa by providing safe, market-driven and customer-focused passenger and cargo transport, aviation training, flight catering, MRO and ground services by 2025”.

Part of this is increasing the number of aircraft from 100 to 140. The airline currently serves 120 international destinations and 20 domestic, and over the past seven years passenger numbers have grown from three million to eight million, with revenues seeing almost 153 per cent growth – the goal for 2025 is to hit US$10bn.

Although the airline says that its market is the six billion people living within a ten-hour flight of Addis Ababa, the emphasis remains on Africa: “For expansion, Africa comes first,” says regional director for Europe and passenger marketing development Girma Shiferaw. “And we have started to fly to secondary cities because the continent is growing.”

For those looking to invest in or trade with Ethiopia, other obvious prospects for business are oil and gas. Unexplored areas such as the Somali region and the south and south-west of the country provide a massive opportunity; mining, agro-processing and manufacturing, including textiles and leather products are also ripe for investment. The government has plans for around ten industrial parks to attract manufacturers.

European organisations already operating in Ethiopia include Unilever, Diageo and Pittards, which produces leather and leather goods. Pittards has been buying raw skins from Ethiopia for more than 100 years and has had a presence there since 2005. It now has five factories, four in Addis Ababa and one two hours south near Mojo.

“We have 1,500 employees, all Ethiopian,” says CEO Reg Hankey. “Ethiopia has a lot of advantages: it is duty free to Europe and the US, it speaks English as a second language, it is in the European time zone, it has the raw material, a well-educated workforce and it is hungry to develop.”

The main weakness is a lack of experience. Pittards is developing Ethiopian management and employees, and has Chinese trainers.

“Today, the majority of the world’s manufacturing is based in China, there are many more people there with hands-on operational experience than elsewhere,” says Hankey. “Companies that flood the senior management with expats sometimes get quicker results, but if you invest in people, they see they have a career path; it may take a bit longer because you have to train them but, in the fullness of time, it is better value for your company to do it that way.”

“There is growing interest in Ethiopia,” says the DIT spokesman. “We have organised a couple of trade missions from the UK in the past two years and Rolls-Royce sold £1.2bn worth of engines to Ethiopian Airlines; it was the first time in East Africa that such a big order was won by a UK company.”

For organisations that know which sector they can invest in prior to arriving, the government will give “a host of incentives” and a lot of support. GDP per capita reached more than US$706.06 per annum in 2017 from US$120 15 years ago and national GDP is US$73bn. As the economy grows, so does the spending power of the people and this is reflected in growing beer consumption and supply: both Diageo and Heineken produce their brands locally.

The deregulation of the economy does not, unfortunately, remove bureaucracy, which is entrenched in Ethiopia, but the DIT is adept at navigating the maze and companies planning to do business there would do well to contact the department.

Tools for the job

Infrastructure in Ethiopia is also a major drawback. The Chinese are developing wind farms, dams for hydroelectricity, railways and more but with mixed effect.

“There are quality issues, but the Chinese are filling a lot of gaps in the infrastructure deficit, which is a good thing. But the country has to move from projects built through Chinese loan to PPP projects and the recent government legislation is to implement this,” says the DIT spokesman.

As a result, logistics are a challenge. The railway from Addis to Djibouti’s main port, which opened in January, has improved things a bit, connecting landlocked Ethiopia with the sea, but transporting goods from land to port is still difficult because the road is not great and the few transport companies are not enough for the growing demand. The Light Railway, built by the Chinese, runs east-west and north-south across Addis Ababa and is a quality case in point – about 50 per cent of the trains do not work, so they run every 30 minutes rather than every ten, and are packed solid.

There is a charm and a frustration to doing business in Ethiopia. However, this nation is embracing democracy and development. Businesses looking to enhance their presence in Africa would do well to book a flight with Ethiopian Airlines and see for themselves. 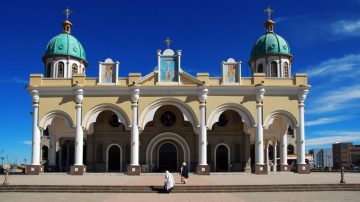