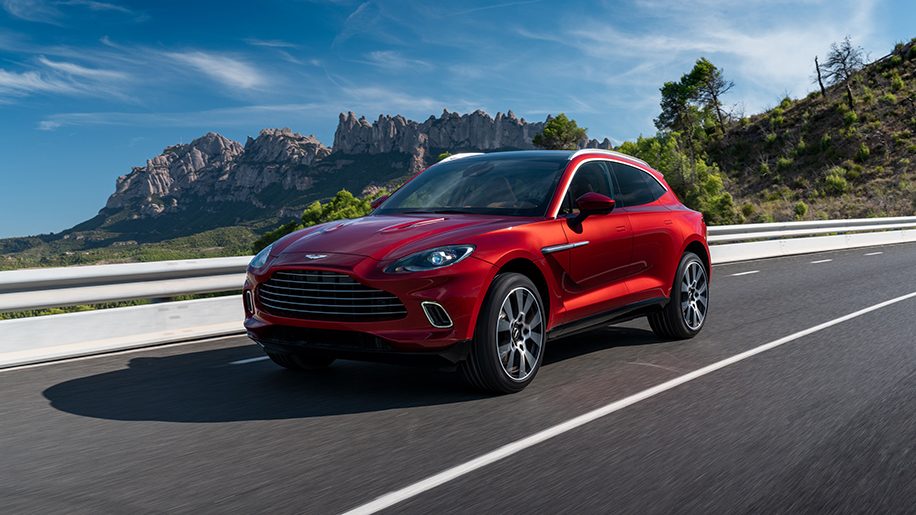 While SUVs may be the four-wheeled love-it-or-hate-it equivalent of Marmite, the fact is that we keep buying them. They are one of the few growing sectors of the new car market (along with, ironically, electrified vehicles) and now account for more than a third of all new car sales.

It was inevitable too that the luxury and more exotic ends of the market were not going to ignore those kinds of numbers for long. Globally, for several years now Porsche has sold more of its Cayenne and Macan SUVs than its traditional sports cars and the same goes for others such as Bentley with its Bentayga, Lamborghini with its Urus and the Rolls-Royce Cullinan. Even Ferrari is getting in on the act with its new Purosangue SUV Coupe due in 2022.

And here we have the Aston Martin DBX. As a company, Aston Martin has long been renowned for some of the most elegant and stylish sports cars on the market, so combining that with the shape of an SUV was never going to be easy.

Has it succeeded? Well, yes and no. The good news is that there’s no question that it’s an Aston Martin. From the sharp nose and heading back to the turned-up rear, there are noticeable traditional Aston styling cues everywhere. And it certainly turns heads – thankfully without managing to turn a few stomachs like some of its rivals. You won’t go short on admiring glances that’s for sure.

Having said that, while the look of the DBX is undoubtedly a good one overall (we especially love the pop-out lever door handles), it’s not perfect. We’re not convinced about the back of the DBX where the slim rear lights exacerbate what is a lot of bodywork across the tailgate and rear bumper. In some darker colours especially, some reality TV stars would probably be envious of the size of its rear end… 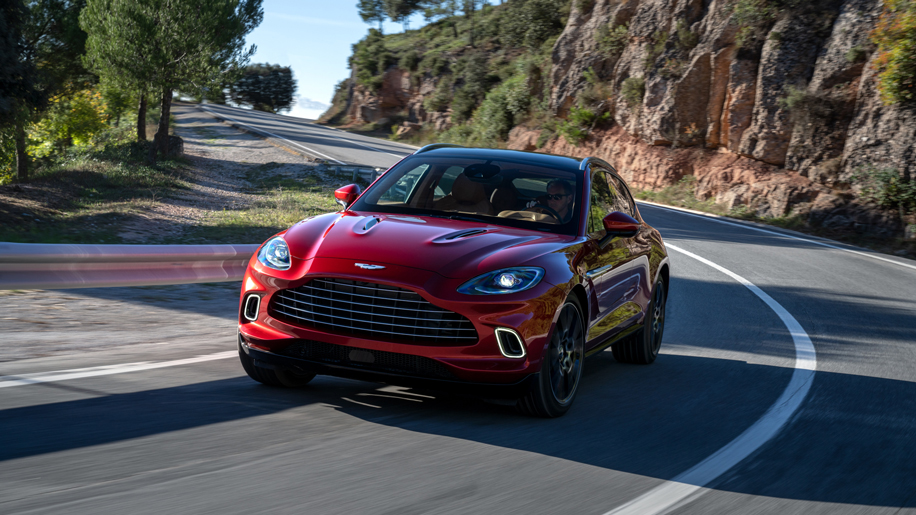 Thankfully, the DBX features plenty of power to match those striking looks. With a more powerful version of the 4.0-litre, twin-turbo V8 engine seem in the Vantage and DB11, the DBX boasts a not-insubstantial 550bhp. That’s enough to get the Aston from 0 to 60mph in just 4.5 seconds and onto a top speed of 181mph. Those are mightily impressive figures, even for a full-blooded sports car, let alone a 2.2-tonne SUV.

But while those on-paper numbers are enough to raise an eyebrow or two, it’s actually the way that the DBX delivers them that is most interesting. Aside from the Rapide saloon, in recent years Aston Martin has been able to focus largely on cars with two seats (or two main seats plus a pair of tiny additional rear ones), but clearly it can’t do that here. Where the likes of the Vantage and DB11 are most likely to be driven as weekend wheels, the DBX is far more likely to be driven on a daily basis, so more practical elements have to be taken into account.

An obvious point to make? Perhaps, but it’s especially pertinent for the DBX when it’s in the GT mode of its driving mode settings. Pressing the central dash-mounted button to fire the DBX’s engine into life almost feels like an event in itself. The V8 barks into life ahead of you before settling down to a deep burble. There’s no mistaking it for any other everyday SUV – the sound is more like the sports cars in the rest of Aston’s line-up.

On the move, the first thing that really strikes you is just how well the DBX rides especially with the huge 22-inch alloy wheels on each corner. But road imperfections are well insulated from the cabin and it’s surprisingly comfortable.

Almost too much so in fact. With all of that performance under your right foot, you almost expect the DBX to feel uncomfortably rapid and have to be driven with extreme care but, in that aforementioned GT mode at least, that’s not the case. To be fair, this is for everyday driving and while the Aston Martin can accelerate quickly enough, it seems to lack the level of immediacy and intimacy that you might expect. 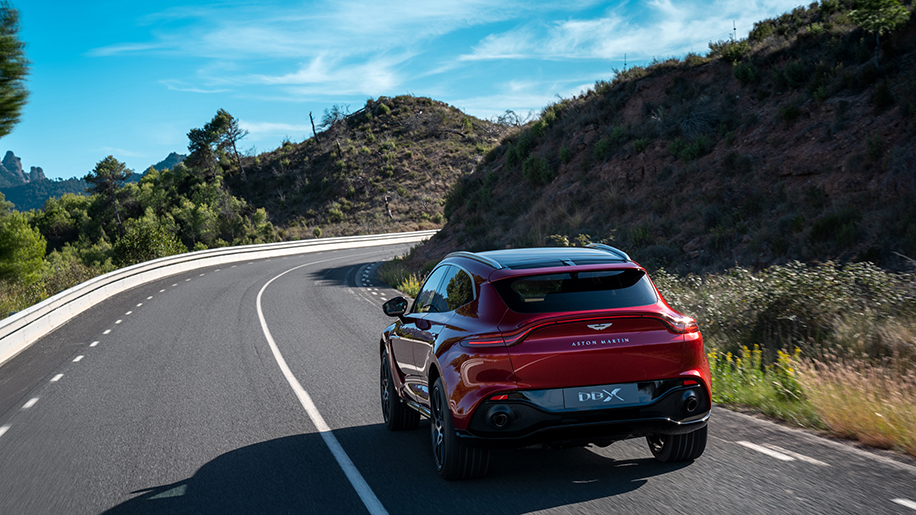 But if you feel a slight sense disappointment of the DBX in GT mode, that’s soon erased when you flick the driving mode switch over to Sport where a very different car emerges. This is the car that you imagined the DBX should be. Every element of driving it is suddenly heightened to a much more involved level, where the steering is faster, the reaction to your inputs much sharper and, to borrow those classic words of Spinal Tap, everything is turned up to 11.

The engine note is considerably more aggressive than before and that faster reaction to the throttle pedal and steering wheel means that the DBX is suddenly transformed into much more of a driver’s car than before.

No, you still can’t entirely ignore the SUV’s size and weight, but the DBX handles far better through corners than you imagine it would do and is actually surprisingly responsive. There are so-called sports cars that have less driving feel than this and it’s no exaggeration to say that it feels like an entirely different car. It’s still frustrating though that the gearchange paddles behind the steering wheel are mounted in a fixed position rather than moving with the wheel themselves.

There is even a more extreme Sport+ mode for track driving but, like the off-road modes (this is still a 4×4 remember), they’re unlikely to be visited all that often by the vast majority of owners. Again, given the DBX’s nature compared to the rest of the Aston Martin line up, it’s also unlikely that many owners will drive this car this hard that often but, as with most motors at this level, it’s about [start itals] knowing [end itals] that it can.

That’s also why the interior is so important, it’s here where DBX drivers will spend most of their time and, by and large, it doesn’t disappoint. There are acres of stitched leather throughout the cabin along with some lovely brushed dark alloy trim. Yes, some eager eyes might spot some Mercedes switches here and there (thanks to Aston’s tie up with Mercedes), but they work well, even if the steering wheel can feel rather overloaded with buttons. 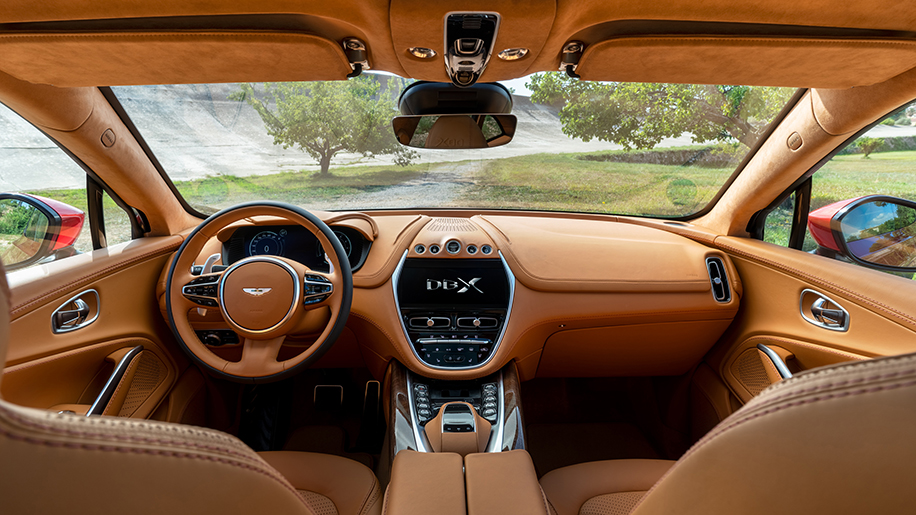 There’s one element of the Mercedes switchgear that is disappointing – the central infotainment screen. When the entire market has moved towards touchscreens over the past couple of years, it seems odd to find that the one fitted to the Aston is Mercedes’s old rotary wheel and button system (something that will be familiar to any drivers of the German firm’s cars in the past ten years or so). The system itself works well enough, but when there’s a £158,000-sized hole in your bank account, you expect the latest and the very best and this simply isn’t it. 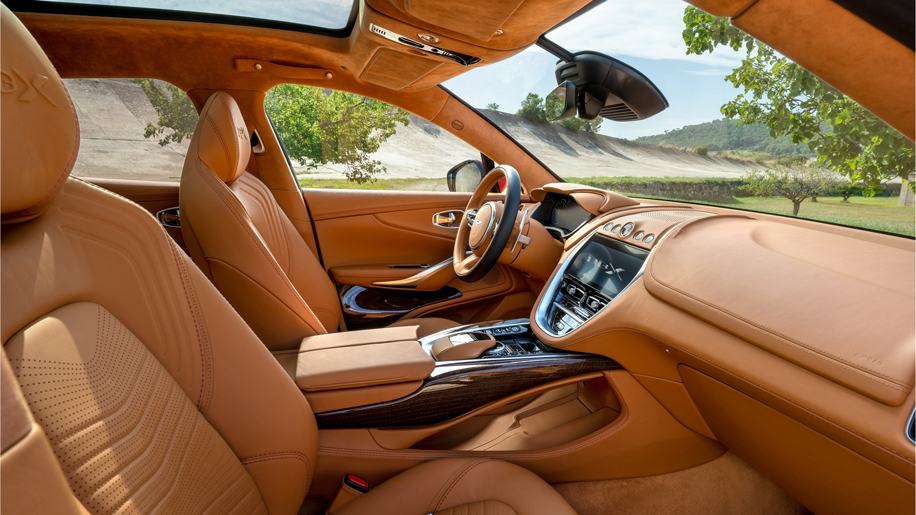 That’s a shame when the DBX fulfils all the rest of the criteria that owners are likely to want from it. It goes without saying that it’s considerably more practical than the rest of Aston’s range, with good head and legroom in both the front and rear seats. There’s also a decent sized boot (more likely to be used for golf clubs rather than any family detritus) and a space saver spare wheel too. 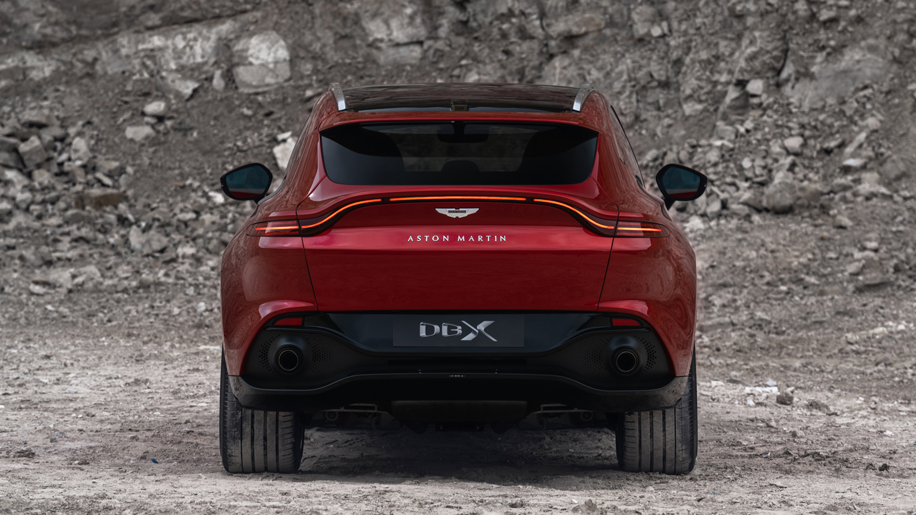 Ultimately, your opinion of the DBX comes down to whether you see it as an Aston Martin, whose cars are bought for emotional rather than practical reasons, or as an SUV, which tend to be the opposite. Of course, the reality is that the car itself is both of those and, whatever your general view of SUVs, the DBX is sure to be one of Aston’s best-selling models globally before long.

Whether you love them or hate them, the fact is that as long as their sales remain high, then SUVs are here to stay and the Aston Martin DBX is one of the best luxury SUVs there is. 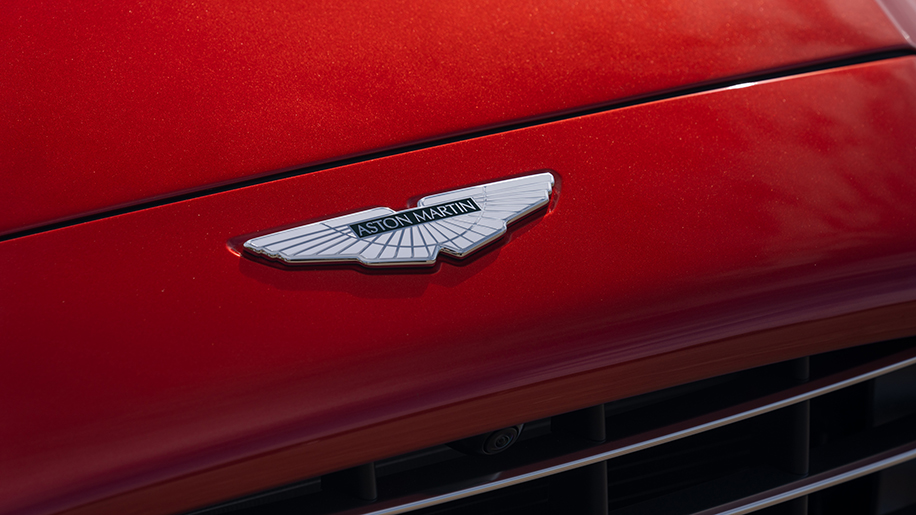 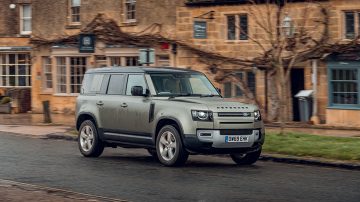