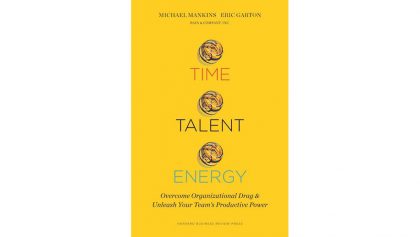 This book starts with the observation that “Too many companies are living in yesterday’s world”.

The reason is that when it comes to resource allocation, they are focusing on financial capital, which is abundant and cheap, and neglecting human capital, which is rare and often expensive. From this insight the authors intend their book to show “how to manage your organisation’s time, talent and energy with the same care that you apply to managing financial capital.”

As they put it “It’s about how to boost people’s productivity rather than simply cutting costs”.

Being partners in Bain & Company, the authors have plenty of data to back this up, including the observation that hiring a new employee now takes 63 days (in 2015), up from 42 days in 2010, so while the external environment is speeding up, too often “the metabolic rate of many incumbents is slowing down”. This applies not just to recruitment, but to the organisation as a whole. “It’s not your employee’s fault that they are not as productive as they could or should be: it’s your organisation’s fault.”

Most of us might agree with that, but the authors have a diagnostic test for just how bad your company is, and then the rest of the book tries to help. Part one is about managing time, part two focuses on talent and teaming, part three is about “discretionary energy” (basically creating an engaged or even inspired workforce which then can become an “army of advocates to customers and prospective employees”).

There are some good examples of successful companies and the strategies they have employed within these pages – not all of them well known, and some great quotes. Linking the idea of financial capital and human capital quite neatly, I love the line from former Intel CEO Andy Grove on unnecessary meetings

“Just as you would not permit a fellow employee to steal a piece of computer equipment, you shouldn’t let anyone walk away with the time of his fellow managers.”

I think a lot of us feel the same way about the flood of emails we get every day. It takes a good chunk of our time just managing our inboxes. This is the dark side of Metcalfe’s Law as we are all flooded with e-communications. In addition meetings now take up a total of 15 per cent of an organisation’s collective time. This is increasing each year, yet senior executives rates more than half of the meetings they attended as “ineffective” or “very ineffective”. In 22 per cent of one company’s meetings, particpants sent three or more emails on average. Dysfunctional behaviour also undermines the meeting – people aren’t even  concentrating when they are there.

The authors suggest investing time as carefully as you invest money, and have concrete suggestions over time management, from creating new protocols for emails to insisting on preparation for meetings and keeping them hygenic (they don’t mean wiping down the table).

More difficult is simplifying the operating model of a business, but in one chapter that is also suggested – I was less convinced by this, but only because it would need a whole book in itself. The advice on Talent was better, finding and developing what the authors call “Difference Makers”, and looking at how Linkedin has achieved this.

They also advise on creating and deploying “all-star teams” and then focus on creating energy within a company which is all about aiming for inspiration rather than just engagement. Again, you could have a whole book on this and I’ve read several that do just that, and the authors recognise how hard it is to change the culture within an organisation – in fact, it can take decades. They do break it down – values and beliefs, behaviours and so on, and suggest concrete ways of improving matters, as well as looking at AB InBev and its ten principles (they have them under the headings Dream, People and Culture.

The book finishes by seeing the different elements of organisational performance as a spinning flywheel (or a virtuous circle, but one which gets faster as each element is improved). It’s a good image – and if the inertia of many companies is helped by the book, the flywheel might become more than just as aspiration. 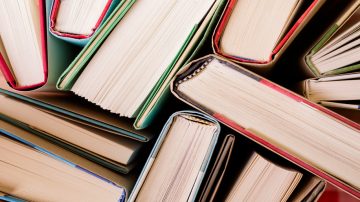 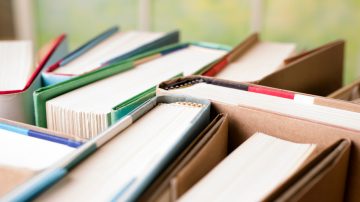