You may be sick of hearing about green issues, but if this increase in carbon continues at the same rate, it is suggested we will reach 32 billion tonnes by this time next year. That’s a figure the International Energy Agency hadn’t expected until 2020, and one that suggests the earth could be well on its way to breaching its “limit of safety” when it comes to global warming.

Of course, there are those among us who deny that global warming is happening at all, but if you accept the research, then to reduce the chances of the world heating up by a mere 2°C, emissions need to peak within the next decade and then dramatically fall to at least half by 2050.

Experts believe a 2°C increase could have catastrophic effects – not only would the Arctic sea disappear in summer months, most of the coral reefs would die, heatwaves and forest fires would be commonplace, a billion people would face starvation as crops wither, a third of species would become extinct and coastal flooding would displace 10 million people.

Cynics might dismiss this as scaremongering but, even if you don’t buy the climate change argument, there is another sound motivation for cutting greenhouse gas emissions, and that’s economics. Put crudely, cutting CO2 equates to saving energy, and that means forking out less money.

Meanwhile, measures such as the UK Department of Energy and Climate Change’s Carbon Reduction Commitment and the EU Emissions Trading Scheme, which will force the aviation industry to report and reduce CO2 levels from next year, are already changing the way things are done.

So what is the hotel industry doing? Asking guests to reuse their towels may save a few litres of water or a few grams of CO2, but a top-to-bottom approach is needed to make a real difference. According to Mike Berners’ book How Bad Are Bananas? The Carbon Footprint of Everything, a night in a “green” hotel may produce 3kg of CO2 per guest, whereas a night in a hotel making no effort to reduce emissions may hit 60kg per person.

Now that “green” has become a well-worn buzzword, and “greenwashing” is a term we are all familiar with, environmental accreditations we can trust are more important than ever. They encourage properties to cut their carbon emissions – Hilton UK and Ireland saved 15,000 tonnes of CO2 in one year after partnering with the Carbon Trust – and reward measures such as recycling and sustainable sourcing.

Given that a recent businesstraveller.com poll revealed that an airline’s or hotel’s green credentials would encourage more than one-third of readers to book with them, what should we be looking out for when researching where to stay? First, look for independently assessed certifications, which are more reliable than self-awarded endorsements. Second, check whether the accreditation is for building design (for new-builds or renovations), covering areas such as water and energy efficiency, materials and innovative technology, or other eco actions such as waste management, staff training and using ethical and fair trade products.

One world-renowned scheme in the property design camp is from non-governmental organisation the US Green Building Council (USGBC). It launched its LEED (Leadership in Energy and Environmental Design) rating for the construction industry in 2000, initially to encourage office block developers to think green. Since then, the hospitality industry has gradually taken interest. The first hotel to achieve certification (there are five levels) was in 2000 but the second wasn’t until 2004, and even now there are only about 100 across the globe.

A USGBC spokesperson says: “LEED was slow to take off in the hospitality industry. This is maybe because we didn’t pay as much attention as we didn’t hear about it much, but I would say that hotel companies really are interested now and are trying to catch up. We have seen rapid growth in the past few years and are expecting the number [of certified hotels] to increase.”

At present, more than 1,000 properties are registered and awaiting LEED assessment but the process can be time-consuming, sometimes taking years, which is why the scheme is considered one of the most rigorous of its kind. The spokesperson says: “There are hundreds of certification programmes and this means there is a lot of confusion in the market. But we aim to be objective.”

In the UK, the Green Business Tourism Scheme (GBTS), which has been going for 13 years, is the only green grading programme to be validated by the national tourist board. It provides an eco-accreditation system that, like LEED, looks at energy and water efficiency, waste management and technological innovation, but also scores businesses on staff training, green promotion and purchasing of environmentally friendly goods. At the moment, the programme has just over 2,300 members, of which about 700 are hotels (a further 70 are awaiting grading), and each has attained either a bronze, silver or gold award.

The Park Plaza Westminster Bridge received gold status in January and its general manager says one of the benefits of it is that “it helps other businesses realise what can be achieved”. He adds that the chain hopes to get all of its eight UK hotels gold-certified by the end of the year.

From a worldwide perspective, Green Globe provides certification, training and marketing in sustainable practices in 83 countries – Movenpick has become one of its most ambitious members, aiming to attain the eco stamp of approval for 20 per cent of its 100 or so hotels by the end of the year, and the rest by 2014.

Green Key is another ratification to look out for, and one that has been adopted by many Fairmont properties around the world. Most Green Key hotels are found in the US and Canada, though. It uses a system of self-assessment and independent site inspections are carried out on 20 per cent of accredited hotels annually.

The International Organisation for Standardisation also applies its obtusely named “ISO 14001” rating for environmental management to hotels. One chain to have embraced this is Choice, which has earned the approval across all its 170 Nordic Choice properties in Scandinavia.

Andrea Nicholas, manager of the GBTS, says that at the beginning, mainly independent hotels were registering to become members, but since 2007, when the Ramada Jarvis group starting putting forward properties, other chains followed suit.

“In the past two years we have had a significant uptake,” she says. “We now have Hilton, Rezidor, Best Western, Q Hotels and Jurys Inn. The number of hotels has doubled in the past three years, and most of these are telling us it’s what their clients want. Large companies are saying: ‘It’s all very well us booking with someone who has an environmental policy but we want to be confident that it has been independently verified.’ What we are seeing now is a little bit of competition between hotel groups to see who can be the first to get 100 per cent of their properties gold certified.”

So apart from choosing certified properties, what can we as individuals do? The USGBC spokesperson says: “Ask educated questions [during your stay] – these help to keep hotels on their toes and get them to keep expanding their programmes.” She advises asking about recycling – if a hotel is putting some effort in, 60-70 per cent of its waste should be processed in this way – and if the hotel has an Energy Star rating, which means it is typically emitting 35 per cent less CO2 than a similar building. And, yes, keep reusing your towels.

A year after opening in 2007, this 147-room hotel became the first to earn LEED’s top designation. Thanks to innovative engineering it uses 39 per cent less energy and 33 per cent less water. It installed 100 solar roof panels that heat enough water for 100 homes. During construction, 87 per cent of waste debris was recycled, and 90 per cent of its furniture came from local suppliers. proximityhotel.com

The 123-room flagship property in Starwood’s portfolio of nine Element hotels, all designed to attain LEED certification, is an example of how a brand has adopted “eco” as a core philosophy. Open since 2008, its water conservation measures save 3.5 million litres of potable water a year and it carbon-offsets for 35 per cent of its electricity use. It also has Energy Star-approved kitchen appliances in all rooms, soap dispensers that save 12,390 bottles of shampoo a year, recycled carpets and electric car charging. starwoodhotels.com/element

This 392-room, 225-apartment property, which opened in 2009, is part of the 27-hectare City Centre development of retail outlets, hotels and residencies, which has already earned six LEED gold ratings. Sustainable highlights for the Mandarin include a thermal façade, technology that conserves roughly 15 million litres of water a year, interiors featuring non-toxic paints and composite wood products, and priority parking for hybrid and electric vehicles. mandarinoriental.com

Open since 2009, this 86-bedroom Soho hotel, built on a previously undeveloped site, has water-saving techniques that make it 20 per cent more efficient, electricity optimisation that saves 11 per cent energy, temperature control using 100 per cent outdoor air, and a 12th-floor garden that supplies the hotel restaurant with seasonal ingredients such as melons, blueberries, herbs and tomatoes, plus eggs from resident chickens.firmdalehotels.com

Since the 268-room Savoy reopened after a £100 million restoration programme in 2010, it has earned gold accreditation from the GTBS for its £2.4 million investment in new green initiatives. These include a combined heat and power plant that reduces its reliance on the national grid by half, conversion of cooking oil into biodiesel, and recycling of 90 per cent of its waste. It even has a “green butler” who recommends eco bars, restaurants, shops and architecture in the city. fairmont.com/savoy

India’s “most expensive hotel” opened in May and, like the Royal Gardenia, is not only a luxury property but one that has been designed to be green as well. Although the 260-room hotel has not yet earned certification, it has been designed to achieve LEED gold, with measures including a 24-hour gas turbine, rainwater harvesting, a sewage treatment plant and 100 per cent recycling of used water. theleela.com

This property opened in 2009 with 346 energy-efficient rooms, a living roof and filtered instead of bottled water for meetings. Thanks to the infrastructure of the building, it also saves nine million litres of water a year – all bedrooms have dual-flush toilets and water-reducing showerheads – and uses 23 per cent less energy. Its restaurant sources local meat and cheese. olive8.hyatt.com

The first of Marriott’s LEED-prototype hotels to open, this 124-room property was unveiled last September and was designed to attain silver status. Measures it has implemented include water-saving taps, showers and toilets that reduce usage by 30 per cent, and a “heat recovery energy system” that contributes to a 24 per cent power saving. marriott.co.uk

This 366-room hotels features a number of eco innovations, the most significant being the solar panels that cover its exterior and generate 170,000 kw/h a year – the equivalent to the amount used by 34 houses annually. Guests can also help by using the gym’s electricity-producing bikes. ichotels 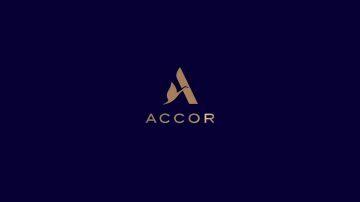