Bailout of airlines: what might we get in return 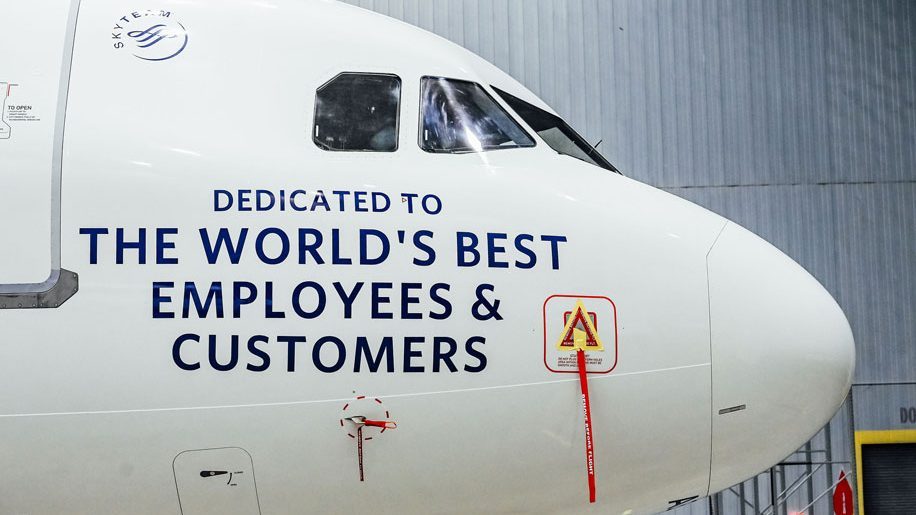 Airlines around the world have been badly affected by the Covid-19 pandemic.

Some have fallen into administration, some have sought Chapter-11 protection, and most have asked for government help.

Yet in recent years, many of these airlines have also made tens of billions in profit. As the taxpayer supports, through their governments, the airlines, what might we expect in return?

The airlines (and governments) point out that the current situation us unprecedented, and completely out of their control. When governments close borders and issue ‘stay at home’ policies, the losses they make are as a result of that action and so they require help to survive for the duration.

In addition, here is a public interest in helping the aviation industry. As industry body IATA points out, the present 90 per cent collapse in air traffic puts around 6.7 million jobs at risk and could lead to a negative GDP impact of $452 billion across Europe.

The UK government has made it clear that before airline will receive government support, they must first have exhausted other methods of raising money, including from their shareholders.

For some airlines this has been relatively easy.

For others, with more complicated structures, it has been more difficult.

Government ownership of the airlines

Some airlines have, effectively, been nationalised by their governments to allow them to keep on flying. Alitalia, for instance, while many others are taking state aid.

Lufthansa has been supported by nearly nine billion Euros from the German government, which in return has taken a 20 per cent stake (which may rise to 25 per cent in certain circumstances).

So should the state retain some ownership in the airlines in return for this money?

In the U.S, for instance, as part of the CARES Act, airlines received an initial $50 billion in the form of loans and grants.

Within these loans were warrants allowing the U.S government to take equity stakes in the airlines. As pointed out by several commentators, however, this was very poor value for the taxpayer when judged in solely monetary terms.

On the Business Traveller forum,

Bailout of airlines….what do we get in return

A more radical solution has been proposed, this time by forum poster KRIyengar.

“Maybe, it’s time to emulate Singapore, using this crisis and the airline industry’s call for state aid to bail them out as a once-in-a-lifetime opportunity to ditch the failed neo liberal economic model for good.

“Although Singapore has one of the most globalized economies in the world, all strategically important companies – incl. flag carrier Singapore Airlines for example – are actually majority government-owned through one of two separate sovereign wealth funds of the Republic of Singapore. However, unlike in 1970s Britain and in many other countries even today, the Government of Singapore doesn’t get involved in running any of the companies it effectively controls. They’re all run by independent boards with the overriding aim of maximizing the return on investment (of the state and private investors). This ownership model has two advantages over the traditional (neo liberal) model:

1 . It allows the state to keep its strategic assets under national control as a trustee of its citizens’ best interests.

2. It allows the state to keep hold of the dividends and reinvest these via sovereign wealth funds in major upgrades or new infrastructure that is strategically important nationally and regionally, and it also allows the state to use dividends from successfully run companies where it is the majority owner to use as a nest egg for a rainy day on behalf of its citizens. This is what Singapore, Norway and Australia have been doing for decades, which is quite the opposite of what the UK has been doing for the past 40 years: surrendering control over the national economy by selling off all of its prized industrial assets to overseas investors and depending on the kindness of strangers, i.e. depending on overseas investors to fill government coffers through purchases of IOUs issued by the UK government to finance the national budget deficit.”

In the last few years, airlines have spent $48 billion on share buybacks.

The $50 billion taxpayers have spent bailing out the airline industry almost equals the $48 billion the airlines spent buying back their shares of stock since 2010.

The opposing argument made by the Alexandre de Juniac, CEO of IATA, the airline body, is that in the same time period they “…had capex of $139bn for things like hundreds of new, greener aircraft and passenger-pleasing terminals. They also retired $91bn in debt, hired 70,000 new workers and raised employee compensation levels 41 per cent.”

What seems certain is that most of the bailouts contain provisions regarding share buybucks and management remuneration and bonuses. Politicians do not want negative headlines about million dollar payouts to the management teams of airlines.

As part of the CARES Act airlines guaranteed no immediate staff layoffs. The downturn in the industry is likely to last a lot longer than the summer, however, and airlines will then be forced to looking at cutting costs. Retiring inefficient aircraft is one way of doing that, but unfortunately so is cutting staff. Government aid to the airlines should ensure this is a last resort for these airlines. For those which have not requested aid, redundancies have been announced.

British Airways plans up to 12,000 redundancies

In addition, Ryanair says it will challenge state aid.

““The people who went in weakest, which is the legacy airlines, Air France, Alitalia, Lufthansa, have either been nationalised or are receiving extraordinary volumes of state aid,” O’Leary said. “These are going to hugely distort the level playing field for aviation in Europe for three to five years. What we’re facing now is a historic decline in air traffic in Europe for the next 12-18 months.”

In addition, since so many staff will have made sacrifices to keep the airlines in business, it would be good to see more positive staff relations in many airlines which have or will receive state aid.

Better service / product from the airlines

Although travellers have great respect for the staff working for airlines, in general their overall opinion of airlines is poor. This is a relatively recent phenomenon.

Frequent flyer: how we fell out of love with the airlines

Once a source of national pride, the industry’s current crisis elicits little sympathy

As Michael Skapinker says in that piece, the reasons are various, from flying becoming routine to airlines no longer, in most cases, being identified with one’s home nation.

It would be good to believe that when the pandemic is over, there could be a reset in relations between airlines and their customers.

Airlines could begin by charging a price which includes services which have been stripped away in recent years (all in the name of ‘choice’ and a low fare). Many of those services and products are then charged for separately in the form of ancillary fees (extras for luggage, seat selection and even food on board). Let’s hope airlines don’t start charging for social distancing – keeping that centre seat free.

It’s a hope, but perhaps an unrealistic one:

Yes, sorry to put this so far down the list. But anyway, there is little or no commitment so far. Yet according to a survey recently released by climate action charity Possible, only 1 in 10 people support airline bailouts without plans to tackle climate change.

The polling found that:

Environmental commitments should be required before airline bailouts, says Greenpeace

Loading comments...
Read Next
In Photos – Airlines remove seats from planes for cargo
Read Previous
Hotels are reopening in China