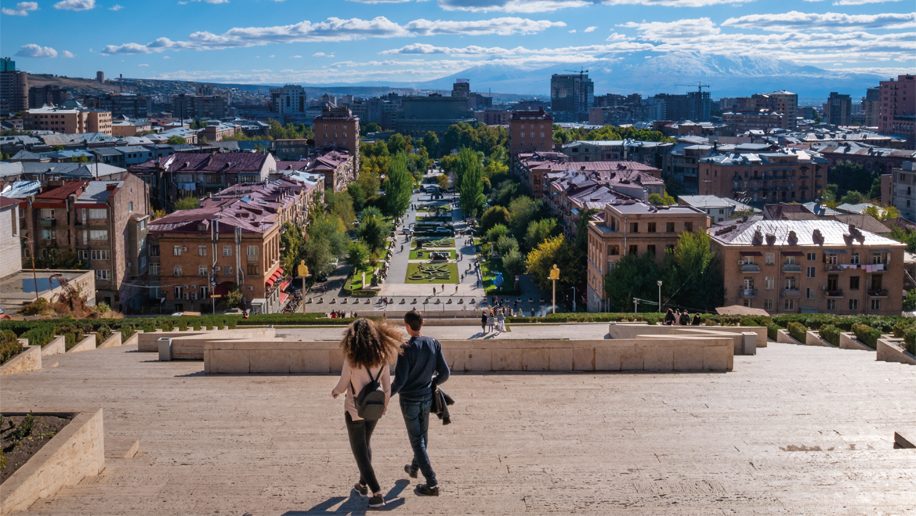 Following a velvet revolution in 2018 and an increase in foreign investment, there is cause for optimism in Armenia

Wherever you are in Yerevan, Mount Ararat is watching you. Shimmering on the horizon, snow-capped even in summer, it is more than 17,000 feet high and only 60km away, yet is unreachable from the city. Lost to Turkey in 1921, when national borders shifted, it is now totem-like to the millions of diaspora Armenians, a symbol of the sadness of this historic yet, to the rest of the world, almost forgotten nation.

For those living in Armenia’s capital today, however, it is less of a concern. Yes, the mountain is ever-present, and features on the country’s coat of arms (along with Noah’s Ark, a reference to the Biblical boat’s resting place), but in reality it is further away than the powerful lenses of photographers seem to suggest. In proper perspective, Ararat is present, but distant, and appropriately, today’s Armenians are focused on closer realities.

There are reasons to be optimistic for Armenia. So far this year, foreign direct investment has risen by 20 per cent, foreign investment in general has increased by 26 per cent, and the number of tourists is up 12.3 per cent.