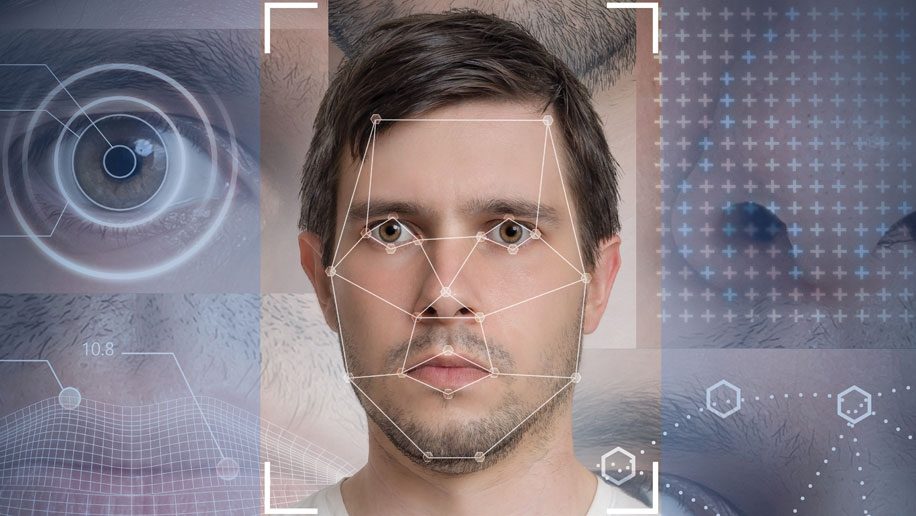 The use of biometrics by airlines and airports (not to mention banks, tech firms and governments) is soaring.

International Air Transport Association President Gloria Guevara recently called it the “future of travel”, with 71 per cent of airlines and 77 per cent of airports currently investing in biometric programmes.

Here, we break down what’s going on, and what you should know about it.

‘Biometric’ refers to the analysis of biological data, which could apply to fingerprint matches, iris scans, voice recognition or other measurements of physical characteristics. However, it is facial recognition which is really taking off, and which you’re likely to start encountering more and more.

You’ve probably already used e-passport gates when entering a country – these match the picture in your passport against the face staring into the camera, and read the other information contained in it, such as your nationality. It usually takes between six and ten seconds to do this, and requires you to hold your passport into a scanner to obtain the information, sometimes failing to read it as you do (to the frustration of many a passenger).

New departure systems will work differently, theoretically allowing you to walk through check-in, bag-drop, security and aircraft boarding without showing a passport or boarding pass once (in practice, no airlines are currently offering this, not least because it’s best to check passengers have a passport so they don’t show up in a new country without one).

It works because a database already contains your picture, whether obtained through documents like visas, by submitting it online in advance, or via a booth at check-in. That database must be able to communicate with others, chiefly those that know which passengers should be on which flight, and those that snap pictures of passengers as they move through the airport checkpoints.

The picture is stored as a ‘template’ rather than an actual photograph, creating a kind of map using numerous points on a face. When the picture is taken at the airport, it creates another such template, and cross-references it with the flight database. If it hits the threshold for a match – 90 per cent, for example – the passenger is approved. The whole thing happens very quickly, usually in less than two seconds, and you barely have to glance at the camera for it to capture your image.

Who manages the database will depend on the systems used in each airport or country – it could be the airline, airport or a government agency such as the Transport and Security Administration. How long it is stored for will also vary – some airlines will allow the images to be deleted as soon as you leave the airport. Others plan to keep it stored for months or even a year. 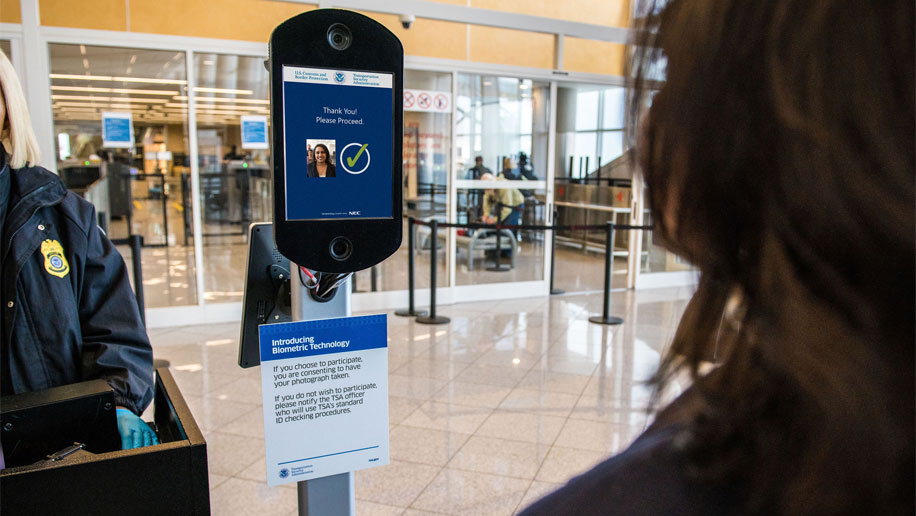 What will it be used for?

Initially you will likely see it in arrival and departure systems as described above, with biometrics used at check-in, bag-drop, security and boarding as well as at immigration on entry.

But there are wider applications. There are already airports in China with screens that scan your face in order to provide information about your flight.

Business Traveller saw several examples of such technology at the Passenger Terminal Expo in London earlier this year, including an eye-level screen displaying gate numbers that highlights yours as you look at it (see our video below for a demo), and a wheelchair that uses facial recognition to identify your gate, drive you there, and then drive itself back to a parking spot.

The @panasonic stand at @PTExpo was fascinating - facial recognition used to highlight your gate number... (1/4) pic.twitter.com/bdAeL0G0ek

One attendee mentioned even further uses, for example in advertising or to locate passengers late for their flights – though these would likely fall foul of regulatory hurdles, at least for now.

Following tests at Amsterdam Schiphol, KLM’s chief executive Pieter Elbers said he has considered using facial recognition technology in airport lifts so that staff can prepare for a passenger’s arrival.

Where can I find these systems?

In as little as five years’ time, it will probably be easier to say where you can’t find them.

The technology is being introduced across the US. In November 2018, Delta launched the country’s first end-to-end to biometric terminal for international departures at Atlanta’s Hartsfield-Jackson Airport. It worked for several years with the US Transport and Security Administration on the system, which obtains the photographs from a Customs and Border Protection database. Images are stored for a year, officials said, and the system is currently opt-out.

Business Traveller visited the airport on the launch day, and the process was remarkably smooth, approving passengers almost instantly as they glanced at the camera.

Delta plans to make McNamara Terminal in Detroit end-to-end at some point this year, and it has run tests at JFK, Minneapolis-Saint Paul International and Ronald Reagan Washington National Airport.

The US Department of Homeland Security says Customs and Border Protection is working toward implementation of biometric exit technology to cover more than 97 per cent of departing commercial air travellers within the next four years. The government sees it as a key way to “support the homeland security, defence, and justice missions”. For airlines, it’s a way to provide added convenience for passengers.

San Jose Mineta International Airport, Orlando Airport, Miami International, LAX and JFK are just some of the other places introducing their own systems with various airline partners.

There is plenty going on outside of the US, too.

Tokyo Narita aims to introduce a new “One ID” process sometime in spring 2020 that will provide passengers with an end-to-end automated experience, with facial data captured at a self-service kiosk on arrival.

In Qatar, Hamad International is introducing an end-to-end biometric system, while Dubai International has been working with Emirates on a ‘smart tunnel’ that will allow passengers to pass through immigration checks in 15 seconds.

Cathay Pacific is trialling biometric boarding at Amsterdam Schiphol, while Heathrow says it will roll-out facial recognition at “each point of the departing passenger’s journey” this year, and Gatwick has partnered with Easyjet on its own trial.

We could go on. There are several websites entirely devoted to tracking the latest updates in biometric technology. 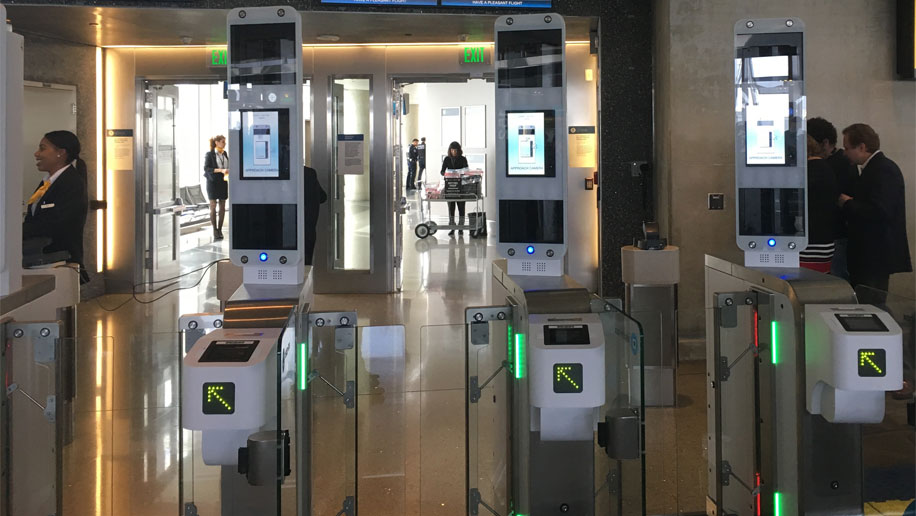 Should I be worried about all this?

There are certainly valid concerns about the proliferation of facial recognition technology.

On the one hand, we already acknowledge that we will be closely monitored and give up personal information in order to travel by air. When asked by Business Traveller about possible privacy concerns, a senior US Customs and Border Protection agent pointed out that the only information being given up to these cameras is your face, which is arguably less exposing than showing your flight details and personal data to various individuals.

However, some say that your face is a particularly sensitive piece of data as it cannot be changed, and the growth of biometric systems mean you could start to be identified at any point and for any purpose.

As Matthew Brennan, a writer on tech in China, summarised it in a recent Twitter post: “Your face is a unique identifier, it’s the real-world equivalent of an email address, passport or phone number that can be used to track and identify someone.

“But it’s much more powerful than any of these traditional identifiers as it can never be changed (without surgery) and it doesn’t require the person’s consent. The moment you are on camera is the moment you can potentially be identified by your face and profile data started to be stored about your behaviour.”

As we discussed in our recent feature on biometrics, campaigners have argued that the public has not been consulted on the growing use of such technologies, and warn of dystopian consequences.

The Georgetown Law Centre on Privacy and Technology in Washington DC is one organisation with concerns about its growing use. In a 2018 report, it called biometric airport screening a “solution in search of a problem”, arguing that government agencies had failed to justify its introduction while there were still flaws in the technology.

It also argues that such programmes stand on “shaky legal ground.”

The debate taps into a broader one about facial recognition. Because of course, it is not just in airports where this technology is on the rise – serious concerns have been raised about China’s use of the technology to create an unprecedented nationwide surveillance system that can monitor practically every move of a citizen, including persecuted ethnic minorities. While most governments are still relatively secretive about their use of facial recognition in activities such as crime prevention, in China it is used in everything from vending machines to large screens that name and shame jaywalkers.

And it is not just China under the spotlight. Last year, India’s Supreme Court put limits on a government programme that was seeing biometric information being increasingly required to access public and private services, from welfare collection to banking.

Campaigners have also called Amazon’s facial recognition services, which are sold to US police forces, “perhaps the most dangerous surveillance technology ever developed”.

There are huge debates at play here – biometrics may well change the way we pay for things, provide ID, get into buildings and events, check-in at hotels and more.

Its introduction in airports will be less of a sea-change. They are a setting where we already have a fairly low expectation of privacy, and will bring tangible benefits for passengers.

But many passengers will no doubt still be glad that many of the new systems are opt out. It remains to be seen whether they will stay that way.