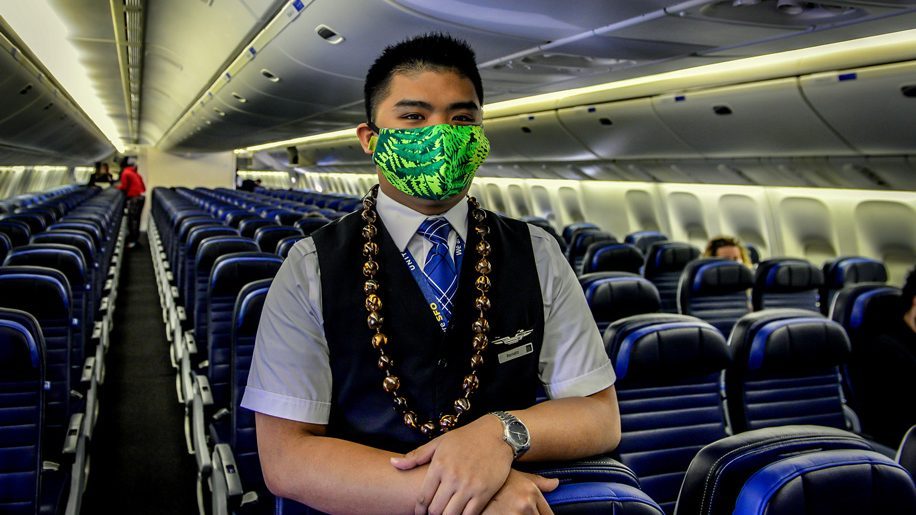 Airlines in many parts of the world cancelled the majority of their flights in recent months as they struggled to cope with both a drastic decline in travel demand and government restrictions. Now, a few carriers are planning to resume some cancelled flights in June as countries move towards containing the Covid-19 crisis.

Here are some of the airlines planning to restore some of their capacity next month (we will keep updating this as schedules develop):

Air China is planning to operate 24 international routes between June 1 and July 1, the carrier said in a statement posted on its website. It has added two additional routes to its June schedule, compared to May. These are routes linking Beijing Capital with Madrid and Manila.

The airline said it will fly the following routes in June:

Air France is planning to increase its flight schedules during June.

At present, the airline is serving 43 destinations, just 3 to 5 per cent of its usual schedule, mostly maintaining a skeleton service to the French regions and links with key destinations in Europe and worldwide, to both transport passengers and goods.
The airline says that it intends to gradually resume its flights, with an increase in the number of frequencies and destinations, especially to/from metropolitan France, the French Overseas Departments, and Europe. The increases are subject to travel restrictions being lifted.

Alitalia has announced plans to ramp up services next month, including the resumption of its nonstop Rome-New York routes from June 2.

In total the airline will operate 30 routes to 25 airports (15 in Italy and ten abroad), offering around 36 per cent more flights than in May.

Alitalia to resume services from Rome to London and New York

According to Routes Online, British Airways is planning the following long-haul operations in June.

(NB:  this was before the announcement of a proposed 14-day quarantine the UK Government is said to be planning. We will update this section as and when more details are revealed).

Brussels Airlines is planning to resume its operations as from 15 June. The Belgian home carrier plans to start with a reduced flight offer that will be built up in a phased approach according to the market demand and to the travel restrictions.

The carrier says that the complete destination portfolio and flight offer will be communicated in the days to come and will cater to the needs of the corporate as well as the leisure market, including a range of destinations in – amongst others –  Germany, Switzerland, Greece, Portugal and Spain.

Cathay Pacific and its regional wing Cathay Dragon intend to increase their flying capacity from 3 per cent to 5 per cent between June 21 and June 30.

Daily flights to Beijing and Shanghai (Pudong) will be operated by “Cathay Pacific or Cathay Dragon”. Cathay Dragon will also operate a daily flight to Kuala Lumpur.

These flights are “subject to government travel restrictions”, said the carrier in a statement posted on its website.

The US carrier has added about 100 daily flights in June compared to May, according to a spokesperson from Delta.

Below is Delta’s June schedule showing Trans-Atlantic and Trans-Pacific routes:

*The airline said its restart of passenger flights to China is subject to government approval.

Here’s a full list of all the routes Delta plans on flying in June:

Easyjet is planning to resume some services in June

Easyjet to resume domestic UK and French services in June

The airline will also offer connections in Dubai for customers travelling between the UK and Australia.

Travellers will only be accepted on these flights if they comply with the eligibility and entry criteria requirements of their destination countries. This includes an approval from the Federal Authority for Identity and Citizenship (ICA) for UAE residents who wish to return to Dubai.

Emirates now offering flights back to Dubai – with restrictions

Etihad Airways has yet to announce its June schedule, but see this piece:

KLM is flying a much-reduced schedule. As an indication, its target for May is the resumption of 15 per cent of its flights, compared to the period before the Covid-19 outbreak.

KLM says “The strongly reduced European network is configured to connect with as many flights as possible in the intercontinental network. Routes will gradually be reopened, but may change weekly, depending on measures being taken by the authorities at the destinations.”

A considerable number of the intercontinental flights are currently being operated on a cargo-only basis, but according to the airline’s latest update, there are still some passenger flights, including Los Angeles, Chicago O’Hare, Atlanta, New York JFK, Mexico City, Toronto, Curacao, Sao Paulo, Singapore, Tokyo Narita, Osaka Kansai, Seoul Incheon, Hong Kong. The frequency of the flights varies from once weekly to daily.

The carrier is planning on resuming flights to 19 international routes on June 1, including routes to Washington, D.C., Seattle, Vancouver, Toronto, Frankfurt, Singapore, Beijing and Kuala Lumpur, according to the news agency.

Business Traveller Asia-Pacific has reached out to the airline for more details on the routes it plans to resume.

LATAM Airlines Group will operate from Santiago, Chile to both Miami and São Paulo, a hub through which customers can also fly to Frankfurt, London and Madrid.

Domestically, LATAM Airlines Brazil will operate 74 routes, while LATAM Airlines Chile will reach 12 destinations that include La Serena, Copiapó, Temuco and Easter Island. Similarly, the affiliates in Peru and Ecuador are working to resume their domestic flights in June, with the Colombian affiliate expecting to reestablish service in July, as permitted by local authorities.

Lufthansa Group has announced an expansion of service from the start of June, with a total of 106 destinations across its Lufthansa, Eurowings and Swiss subsidiaries.

You can read the details here

Philippine Airlines (PAL) will gradually resume both domestic and international flights on select routes starting June 8, the carrier said in a statement posted on its website on May 31.

The carrier will also fly repatriation flights to Australia, Singapore and the UK.

As for its domestic flying schedule, PAL said it will operate domestic flights on “reduced levels” on some routes to and from Manila (Ninoy Aquino International Airport) and “occasionally” from other hub airports.

Here is the full schedule.

Qantas and Jetstar will increase their domestic and regional flights for June and July, as travel restrictions start to ease in Australia.

The additional services will see capacity increase from five per cent of pre-Coronavirus levels, to 15 per cent by the end of June. The Qantas Group says this equates to more than 300 more return flights per week.

Qatar Airways says it will increase operations to a total of 80 destinations by the end of June, “in line with the expected relaxation of entry restrictions around the world”.

The Gulf carrier is currently flying to just over 30 destinations, and in what it calls a “phased rebuilding” of its network, the airline said it intends to increase this to 52 destinations by the end of this month, before adding a further 30-odd routes by the end of June.

Ryanair is planning to reinstate some 40 per cent of its flight over the course of the summer, beginning in June.

Ryanair plans return to 40 per cent of schedule in July

SWISS will partially restart its flight operations in June and plans to operate up to 190 flights from Zurich and Geneva to 41 European destinations. The ramp-up will follow in stages, and the range of flights available will gradually be increased over the weeks ahead.

SWISS will resume services to various Mediterranean destinations, including Malaga, Barcelona, Madrid and Valencia in Spain and Brindisi, Florence, Naples and Rome in Italy. Connections to Scandinavia are also being increased with flights to Gothenburg in Sweden and Copenhagen in Denmark. SWISS will also be adding further major European destinations to its programme, such as Paris (France), Brussels (Belgium) and Moscow (Russia). The existing services to Amsterdam (Netherlands), Athens (Greece), Berlin (Germany), Lisbon (Portugal), London (UK), Porto (Portugal) and Stockholm (Sweden) will be expanded.

SWISS plans to further expand its services over the summer months, and will do so closely in line with the travel needs and preferences of the Swiss population. SWISS will continue to monitor closely the development of travel restrictions worldwide.

Turkish Airlines is planning a gradual resumption of flights from June and will take four months to return to near full operation, according to a report from Reuters.

Turkey’s flag carrier has suspended all international flights due to low demand and travel restrictions amid the coronavirus crisis, but the carrier is now planning to fly to 19 countries next month, according to the report which cites a draft plan from the airline. The airline plans to increase the number of destinations to 99 countries in September, but this may be subject to change, added the report.

The carrier also plans to resume 60 per cent of domestic flights in June, according to the draft plan.

Business Traveller Asia-Pacific has reached out to the airline for confirmation and more details on what routes it plans to fly.

Turkish Airlines plans to resume some flights in June: report

Ukraine International airlines expects to resume operations from June 15, 2020 providing the best case scenario of entry/exit restrictions for both Ukrainian and foreign nationals are lifted from that date

At stage two, as soon as passenger traffic is regenerated, the airline will restore minimal international route network.

Right after Ukraine International resumes operations, the airline plans to operate 14 aircraft, gradually increasing the number up to 28.

The long-haul fleet will be optimized with due allowance for the necessities of stage one. Later on, based on the traffic and market landscape (namely drop in demand for long-haul aircraft), the carrier will decide on extending its widebody fleet.

Long-haul operations may be resumed after critical feeding flights are re-introduced to the schedule – in or about April 2021.

To perform efficiently on the post-pandemic market, Ukraine International introduces changes to its base product. The airline plans to facilitate its fare policy, cut down business class capacity, increase the sales share via the website, and offer customers full-cycle service on the website providing passengers with an opportunity to make changes in their bookings.

United Airlines is planning to resume four flights to Beijing, Chengdu, and Shanghai, according to a report from Forbes.

According to the report, the American carrier said in an employee memo that it is planning to “pencil in four China routes in the June schedule” and that it will “continue to workout the feasibility of restarting passenger service to China.”

When asked to confirm whether United plans to resume the China routes, a spokesperson from the airline said the following in an email sent to Business Traveller Asia-Pacific: “We continue to evaluate the feasibility of resuming service to China if and when passenger service is permitted but we have not made any announcements about restarting service at this time.”

Vietnam Airlines from June 2020 is resuming international service, with its Hanoi-Seoul Incheon and Ho Chi Minh City – Seoul Incheon routes, according to Routes Online.  Due to travel restrictions, the airline is only accepting reservations for departure from Vietnam, added the website.

Singapore Airlines (SIA) and SilkAir are increasing the number of destinations in their network, as well as frequencies on some existing services, in June and July 2020.

Reinstated scheduled services include flights to Adelaide, Amsterdam, Auckland, Barcelona, Brisbane, Cebu, Christchurch, Copenhagen, Hong Kong, Medan, Melbourne and Osaka. A full list of all the destinations the airline is flying to can be found here.

Singapore Airlines reinstates flights for some destinations in June and July 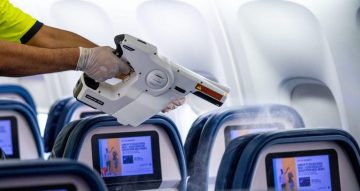