Airbus is moving closer to the first test flight of its electric flying taxi. Its Silicon Valley initiative has been working on developing the flying taxi as a way of easing urban congestion.

The electric autonomous aircraft has eight rotors allowing it to take off vertically. It has a range of around 60 miles and can be requested using a smartphone app.

The project has now opened a new 9,600 square foot hangar at the Eastern Oregon Regional Airport and the Vahana vehicle has moved there to begin testing. The first test flights will take place next year, with the first paying passenger journeys taking place by 2020. 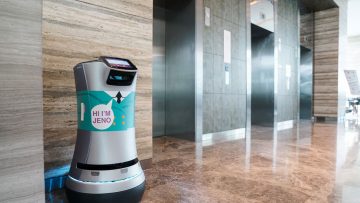