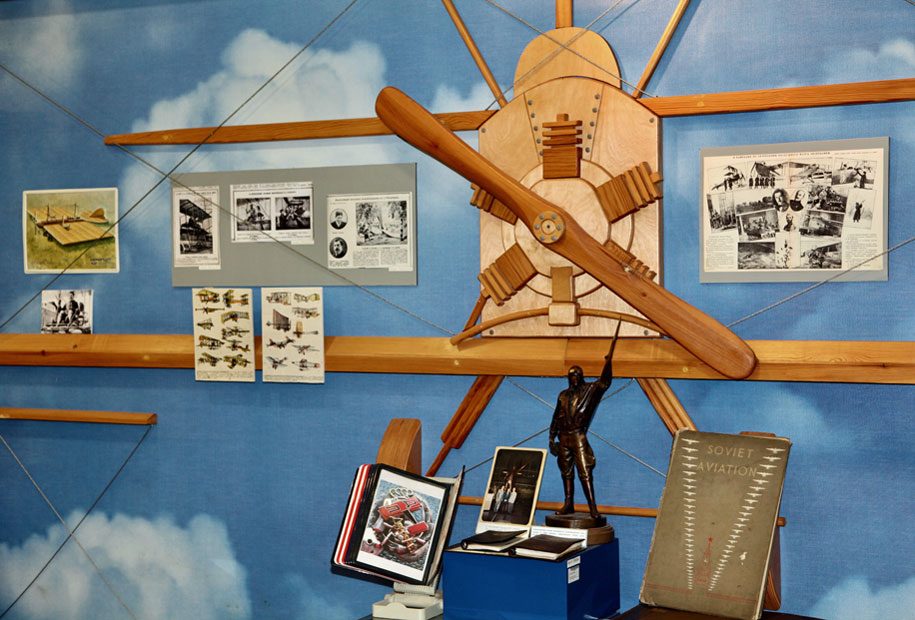 As we’ve seen this year, there are many airline anniversaries, but for Aeroflot, founded in 1923 as Dobrolet and with a centenary coming in 2023, the history is both a source of pride and a foundation for the future success of the airline

Today Aeroflot is one of the world’s top 20 airline groups by passenger numbers, but to reach that point has taken over a decade of hard work rising from a low point only 15 years ago. A tour of the Aeroflot Museum at Sheremetyevo Airport in Moscow gives one reason for that hard work – a pride in the achievements of the Aeroflot airline and brand through the ages. 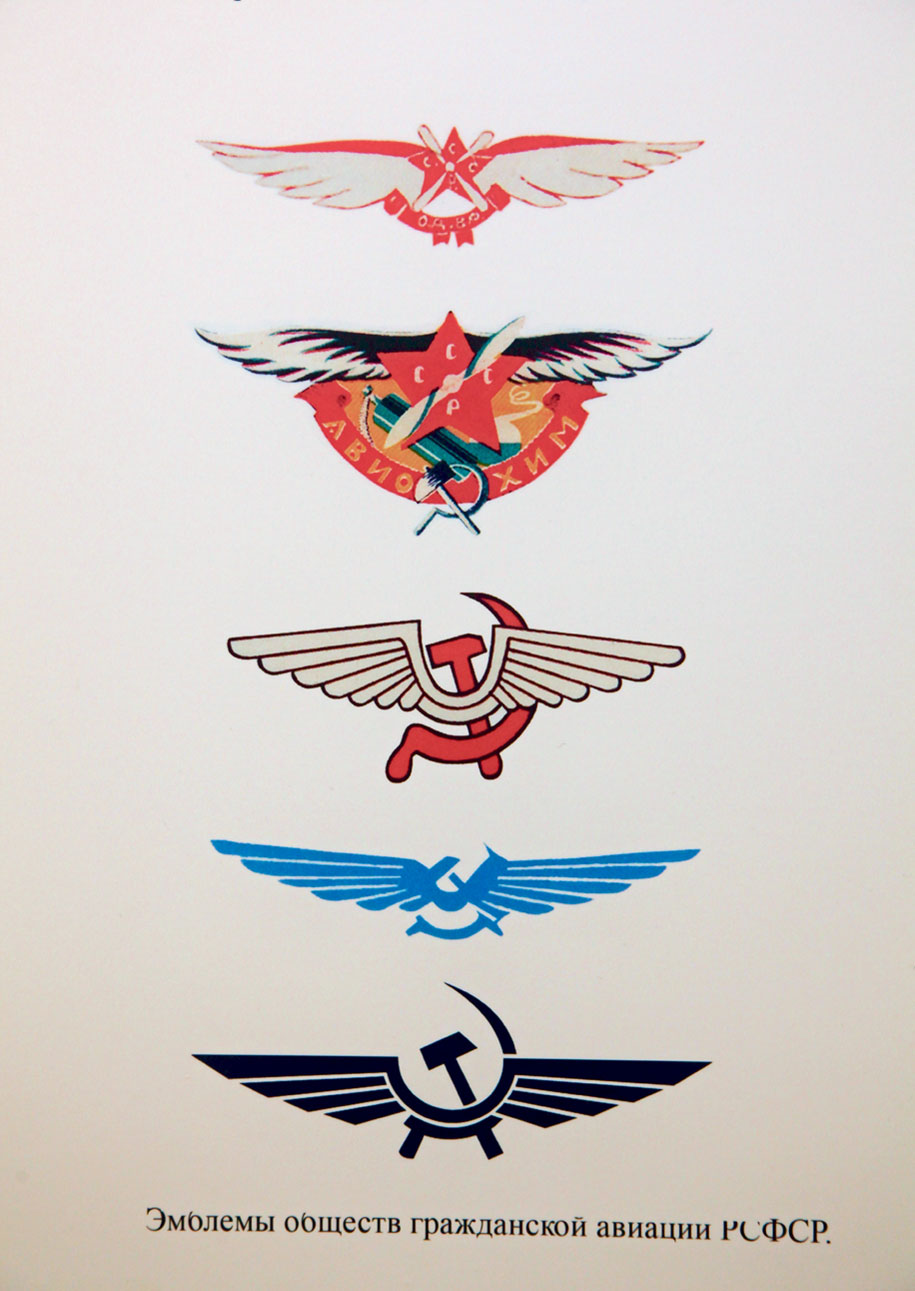 Tours, which are available by appointment, start with Aeroflot’s military beginnings. As with most European airlines, pilots were trained in the first flight schools founded around 1910, and these pilots later took part in World War 1. After the war, commercial operations began, and Dobrolet commenced commercial flights in the Spring of 1923, transporting passengers and mail 400km eastward from Moscow to Nizhny Novgorod. From those small beginnings it grew quickly to eventually become the largest airline in the world in the 1980s.

The Museum charts this progress, including the early famous aircraft such as the narrow-body, medium-range Tupolev TU-104 which meant that from 1956-58, Aeroflot was the only airline worldwide to operate jets (the British de Havilland Comet had been grounded for safety reasons). The Tu-104 was initially designed for 50 passengers, although later configurations could carry up to 100 passengers. It was a popular and successful aircraft, with over 200 produced and also used by CSA airlines during this period.

The Tu-104 operated up to 1979, had no reverse thrust and braked using two parachutes under special conditions (for instance, short runways), although the higher the proficiency of the pilot, the more rarely did they have to use the parachutes. 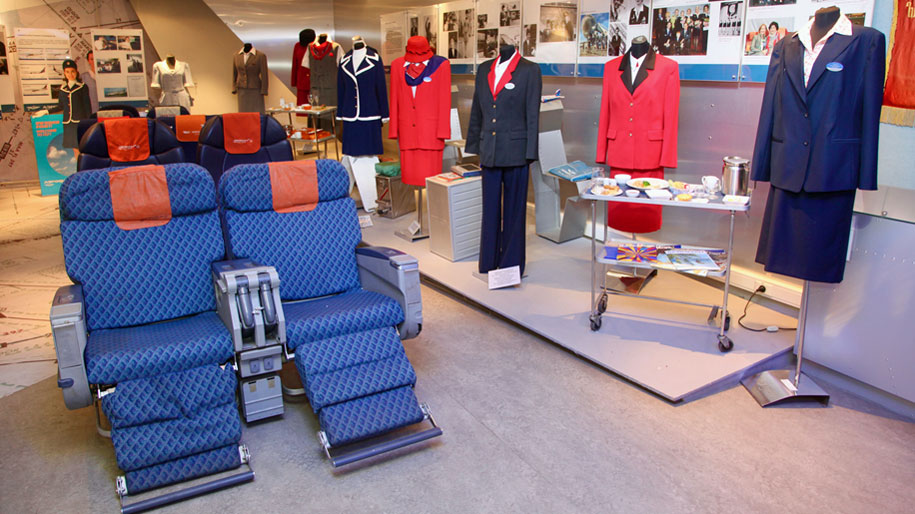 The long-haul Tu-114 was able to carry 224 passengers, but Aeroflot configured it for fewer – around 170, with passengers enjoying both sleeping berths and a dining lounge with a luxurious first class compartment, with effectively a restaurant on board with tables allowing passengers to face one another across a table as they dined. It also had a lower deck galley and a “dumb waiter” allowing food to be winched up to the restaurant compartment.

The Museum provides a fascinating look at aviation through the lens of Soviet times, and interesting facts. In answer to the question of whether pilots spoke English during Soviet Times, Museum Director Anatoly Ivanenko said that flight crews were much larger, and so while the pilots might not speak English, those in charge of radio communication certainly did.

So much for the pride, but there are also lessons from the past. In many ways Russia has less of a golden age of flying than in many other countries with national airlines of similar age. Tickets were very expensive, of course, but in addition, when Aeroflot was at its peak and flying 120 million passengers annually, frills were few and far between.

The Museum charts the progress through to the 1980s and 1990s and the evolution of seating on board, including business class, and of course the changes in fashion when applied to the flight attendants.

The break-up of the Soviet Union saw overall passenger numbers fall steeply, and the airlines split off, keeping the aircraft they needed and becoming the airlines of the CIS countries. As the Director of the Museum points out, “It is easy to destroy something. Harder to build it.”

This was the beginning of the fight back. As Andrey Panov, Deputy Chief Executive of Aeroflot, told me

“Aeroflot was once the largest airline in the world, carrying 130 million passengers across the old Soviet Union. When the break-up came, many airlines were formed from the splinters and Aeroflot’s passenger numbers dropped as low as three million, with civil aviation in Russia as a whole at 22 million.”

“That process was reversed when the current CEO, Mr Vitaly Saveliev, took over in 2009 and heralded the airline’s turnaround. Aeroflot’s passenger traffic increased many-fold, from 8.6 million in 2009 to 32.8 million in 2017 (50.1 million as Aeroflot Group), a record figure of modern times. In 2016, the construction of a fully-fledged airline holding was completed, making history in Russian aviation.”

A tour of the museum provides the proper perspective for the exciting journey of Aeroflot. It is now celebrating being the world’s strongest airline brand according to Brand Finance, and looks forward to its centenary.