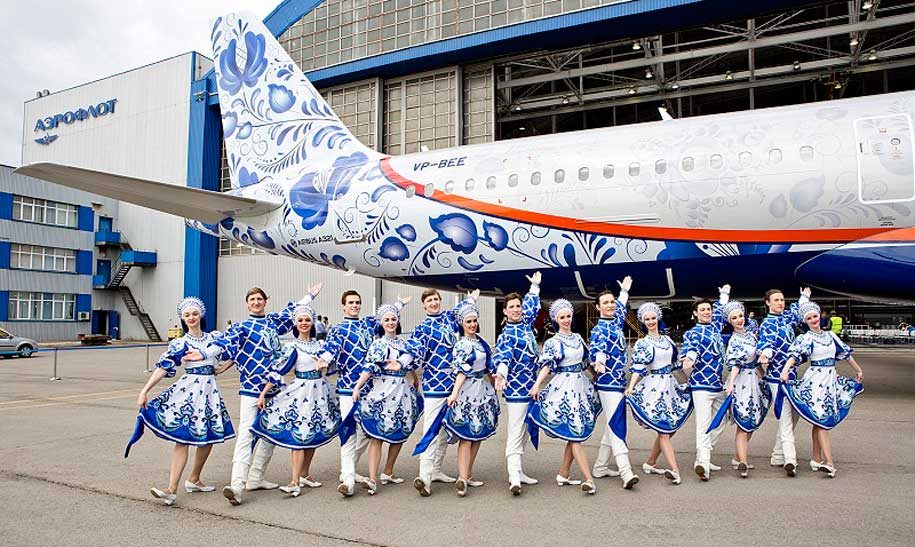 As airlines focus on branding, it’s easy to forget that the backbone of an airline is its fleet. Aviation exists to get you from where you are to where you want to go, and the aircraft is the means by which the airline fulfils this promise to you. So, when choosing which airline to fly with, it’s a good idea to look at the aircraft you’ll be travelling in.

By any measure, Aeroflot is in a strong competitive position. Alongside a proud heritage that spans 95 years, the airline has undergone a dramatic transformation over the last decade. Frequent fleet renewal and a focus on the latest technology have been the landmark drivers of the Aeroflot brand rejuvenation. Aircraft reliability and safety is of prime importance. Aeroflot has one of the youngest fleets of any major airline, with over 240 short-, medium- and long-haul aircraft with an average age of just over four years. For the traveller, a young fleet means you get the latest cabin design, state-of-the-art onboard equipment and perfect cabin cleanliness.

The majority of Aeroflot’s fleet is Western-built, but there is a conspicuous presence of Russian-built aircraft for short haul, including the Sukhoi Superjet 100 aircraft. Aeroflot is currently the largest operator and has plans to expand its fleet to a total number of 50. In addition, Aeroflot will become the largest customer for the latest Russian-built medium-range aircraft, the MS-21. 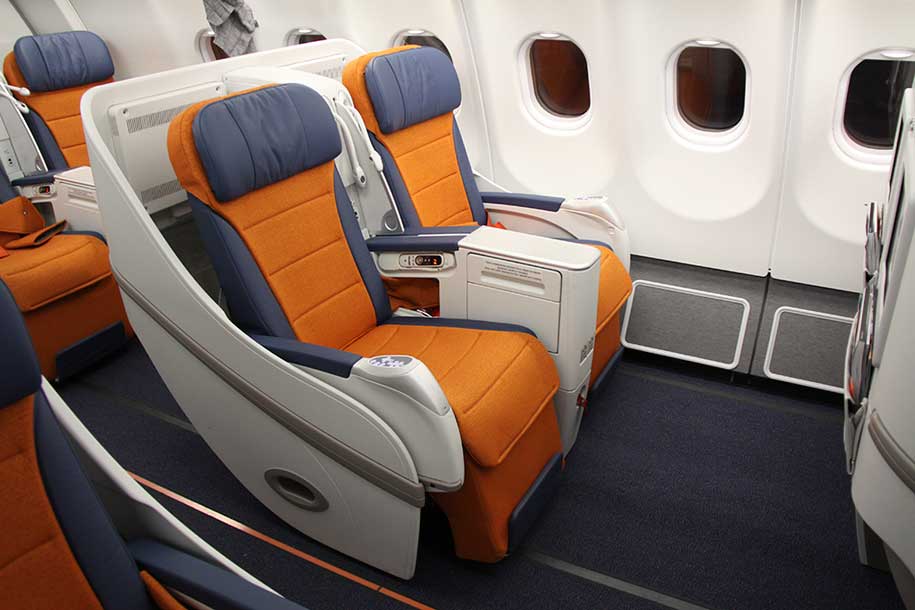 Aeroflot’s premium-level long-haul product can be found on its long-haul Boeing 777 and Airbus 330 aircraft. Seats have a 62/60-inch pitch and recline into fully flat beds for a good night’s sleep. The older business class seats on the few long-haul A330 aircraft still to be upgraded will also be replaced with fully flat seats, achieving standards that other carriers struggle to match. These seat changes are being enhanced by increased room between seats, so passengers can really relax and enjoy their flight. Business class seats have an individual power outlet and a USB port for charging devices, while economy class is equipped with two power outlets and two USB ports per three-seat block.

In addition economy class in the new A320 family aircraft are being outfitted with ergonomic seats that can accommodate passengers’ own electronic devices. Customer feedback on the new cabins has been overwhelmingly positive, with passengers praising the modern conveniences and comfort. 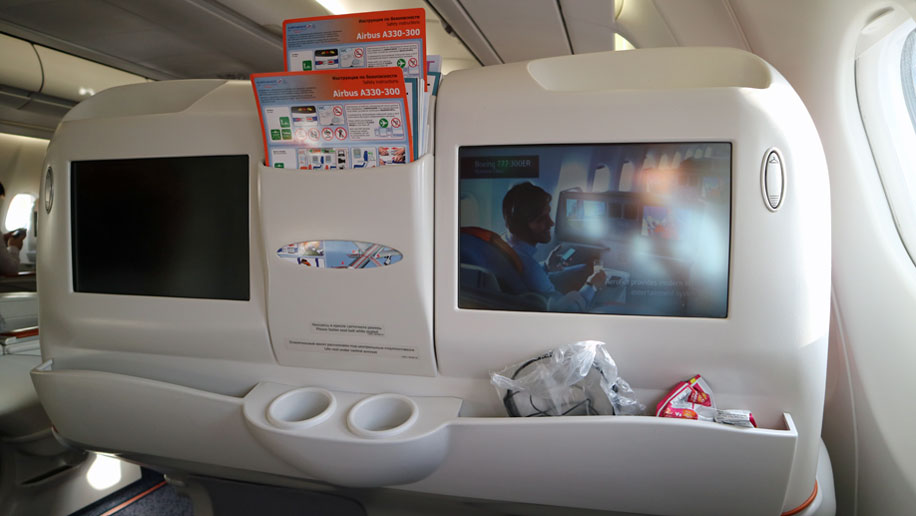 Aeroflot is overhauling its inflight entertainment (IFE) interface on long-haul aircraft to make it easier for passengers to find the content they want. The long-haul B777s are outfitted with the Thales i5000, while the A330s have the Panasonic eX2 and the B737 have the Pansonic eX1 and eXW. On these, the programming, which is updated monthly, includes more than 200 international and Russian films, a dedicated children’s channel, a wide assortment of music (more than 3,000 tracks) and hundreds of television programmes.

The entertainment programme is accessible for deaf and visually impaired passengers, with many films subtitled and audio described. On many medium-haul flights, business class passengers are offered Premier IFE tablets. 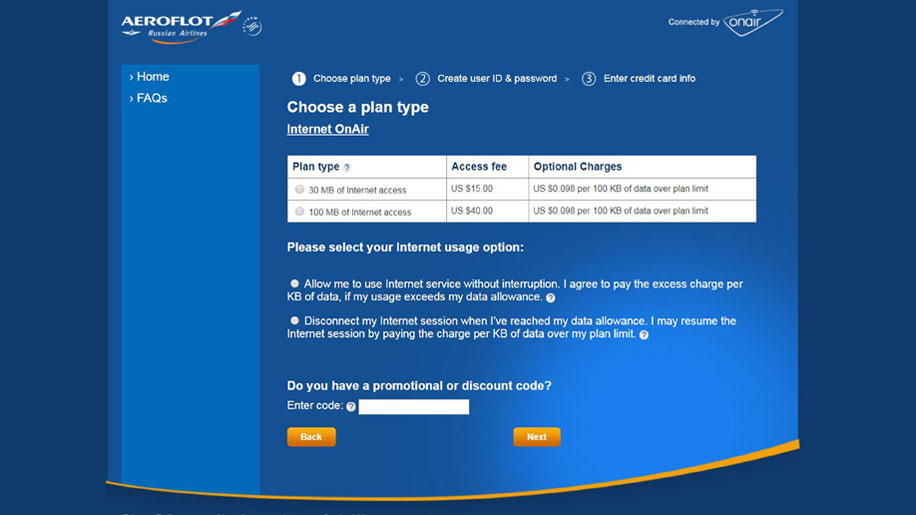 In 2017 Aeroflot fitted 81 A320 family aircraft with the Lufthansa BoardConnect streaming service. In the near future, the plan is to roll-out the new interface on its B777, A330 and B737 aircraft, as well as offering powerbank service onboard. Aeroflot is aiming to provide connectivity services at all stages of a passenger’s journey. The wifi roll-out across the entire fleet will enable passengers to stay online on their own devices while in the air. All long-haul aircraft are equipped with the required systems, and in addition the airline is planning to install new equipment and is already doing so on all aircraft of the A320 family.

Finally, Aeroflot has an internationally recognised, best-in-class service offering and an expansive, and expanding, route network to 146 destinations across 52 countries in summer 2018, all combining to make a winning formula.