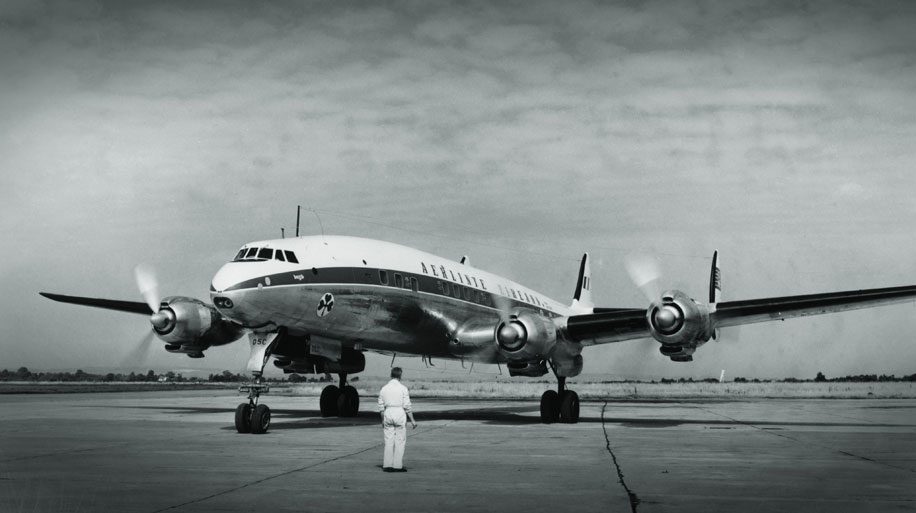 This month sees a significant anniversary for Aer Lingus, made all the more relevant by how that segment of your business is currently growing.

Yes, this month we celebrate 60 years of being a transatlantic carrier, but while we started in 1958, in the last five years we have doubled the scale of our transatlantic business, so you might say we are having a late-in-life growth spurt. This year we’ll operate 2.8 million seats across the Atlantic and for the past five or six years we have had more than double-digit growth in that part of the business. This year is no exception, we added Dublin to Philadelphia from March, and from May 18, 2018, we will operate Dublin to Seattle. 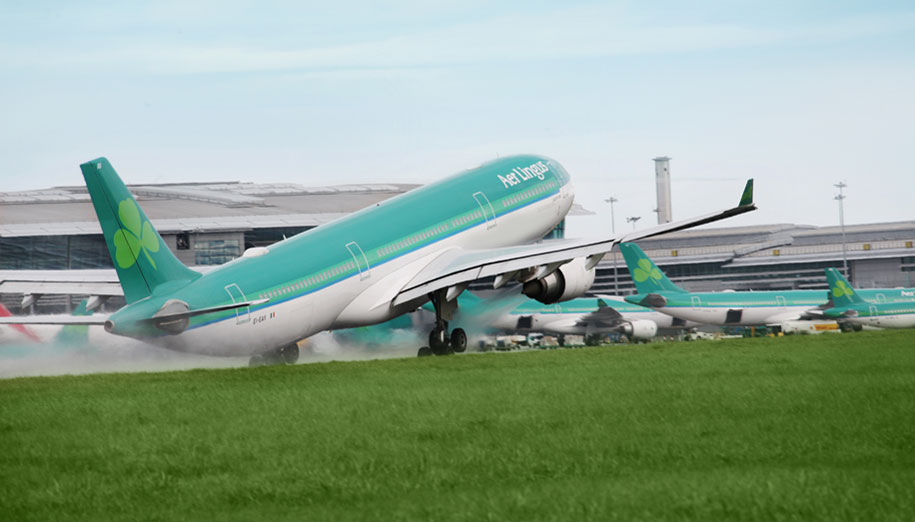 Not only do we see people coming in from all the cities around the UK via Dublin, but also people from London travel with us even though they have existing direct services because we have price advantages you don’t always get in London. Dublin also has a pre-clearance facility for customs and border protection, which can save significant amounts of time upon arrival in the US.

So it’s Dublin as a hub?

The proportion of travellers using us as a hub to connect from elsewhere in the UK depends on the route. London to Dublin is one of the most trafficked routes in the world, one of the busiest city pairs, and as you’d expect we operate a very high frequency service – up to 14 flights a day – between Dublin and Heathrow, and 24 flights a day in total because we operate out of Cork, Belfast City and Shannon airport in Ireland.

We also operate up to seven flights a day Dublin to London Gatwick and also a daily service from Gatwick to Knock on the west coast of Ireland. Most of this is point to point and has a very strong business element. In the case of San Francisco, there is a big technology cluster in Dublin and you’ve got Silicon Valley on the other end, so most of the front cabin will be point to point. But on a route like Hartford to Connecticut, we’re operating B757s. There’s a big insurance market in Hartford, and it’s a way of avoiding going to JFK or Boston if you are a UK traveller, so more than 50 per cent of that aircraft might be connectors through Dublin. 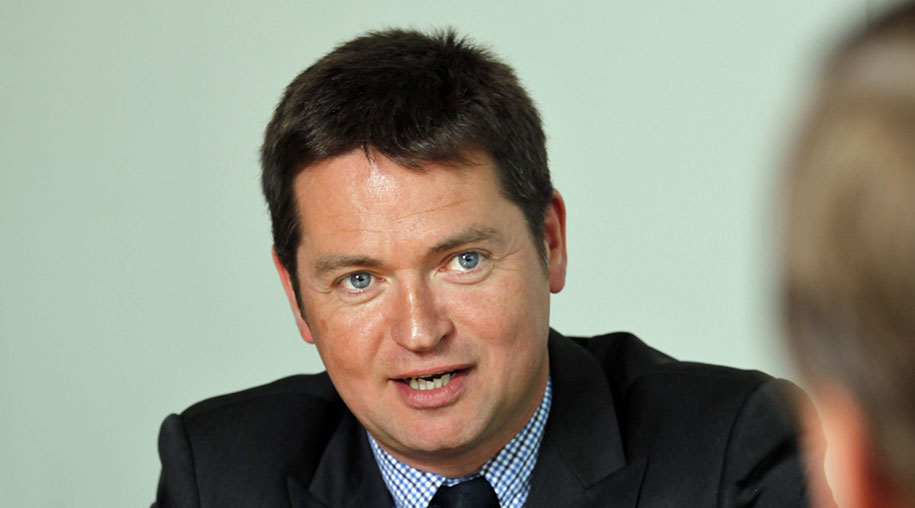 How sustainable is the expansion?

The model is very much based on adding volume, bringing scale, bringing down our cost per available seat kilometre through this additional scale, delivering that drop in cost back to consumers in terms of pricing, and that’s why we call ourselves a value carrier. We have generated additional profitability, we reinvest that in new aircraft and we’ve seen our margin grown from five or six per cent to more like 15 per cent this year. Transatlantic growth is very much the main story.

As far as flying east out of Dublin, we have about 100 short-haul routes, and those feed our long haul as well as operating as a fully formed profitable short-haul model. We don’t use it to subsidise the long haul; it sustains itself in terms of profitability and we have learned how to do that by competing with Ryanair for the past 30 years and doing so quite effectively, more so than many other legacy carriers around Europe in any case.

Aer Lingus Regional is the name of the operation for most of the rest of the UK and we have a franchise agreement with Stobart Air, which flies from over 20 airports across the rest of Britain into a combination of Dublin, Cork and Shannon, plus some other smaller airports across Ireland. It works because we market those flights and we sell that connectivity over our website, and it flies aircraft like the ATR 72 and so achieve economics we could not flying A320s and A321s into airports like Leeds Bradford. 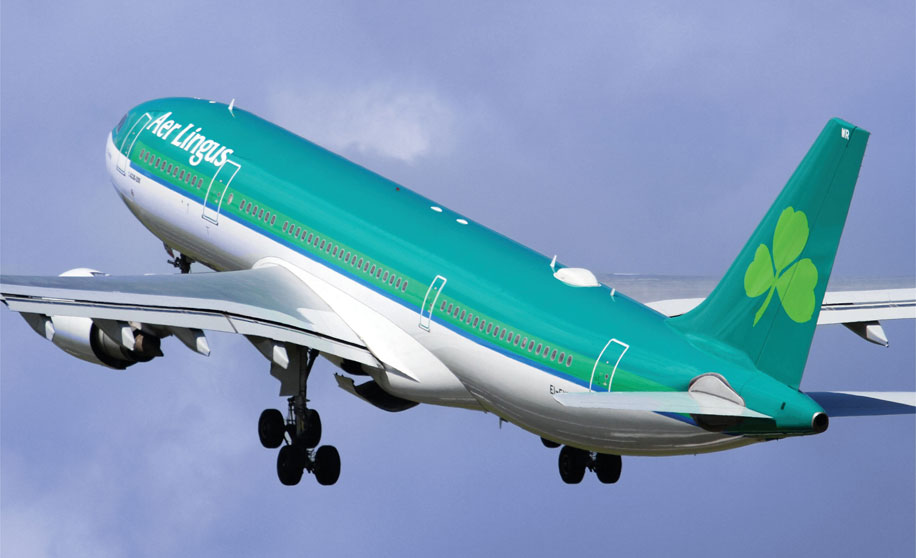 What about low-cost competition from Norwegian and others?

As far as the low-cost transatlantic competition, we have long experience of this. Look back to 2001 and we nearly went bankrupt, and our response was to become a low fares carrier. We ploughed that furlough, but we could see that we were also leaving money on the table since we had a stripped down short haul and a long haul with a business cabin with bells and whistles. So the model that evolved is that we are competitive on pricing, but in terms of pure low-cost transatlantic flights I would say we are not in the same market as Norwegian. We compete on price, but they might be €99 each way and we are €159, but we would say you get more for your money and on a seven-and-a-half hour flight the extra £50 represents value for money. That said, we have the hand baggage only, we call it Saver Fare.

But we see ourselves in a different market segment. We carry more business traffic, we have a better-quality product, and even though we have a saver fare we still tell people the Smart fare is the better value if you start adding in the extras. It’s what most people go for.

Our model is price and service, which is why we say it is the value proposition, we think when you’re travelling the Atlantic in the middle of the night and you want a blanket and someone tries to charge you, that leaves a bad taste. We have the bare bones, but we have the more popular fares.

And you have new narrow body aircraft arriving

Yes, the new A321neos will be configured in two classes, similar to the current B757s we have, and they will help power Aer Lingus’ growth from the current 2.8 million transatlantic to 4.5 million passengers within four years. Ultimately, Ireland has a geographical advantage. We are relevant to all of Western Europe in a way that Frankfurt isn’t, for, say, Northern Europe. That’s the main driver that no one can take away, and Ireland hasn’t exploited that as well as it might to date. We also have a cost advantage over other carriers, and joining IAG we get further advantages such as sourcing aircraft and there are further synergies to go.

And you’re not worried about over-capacity?

We see ourselves growing that business and growing profitability. Over capacity is something the higher cost operators are concerned with. If you have price and service you grow market share. 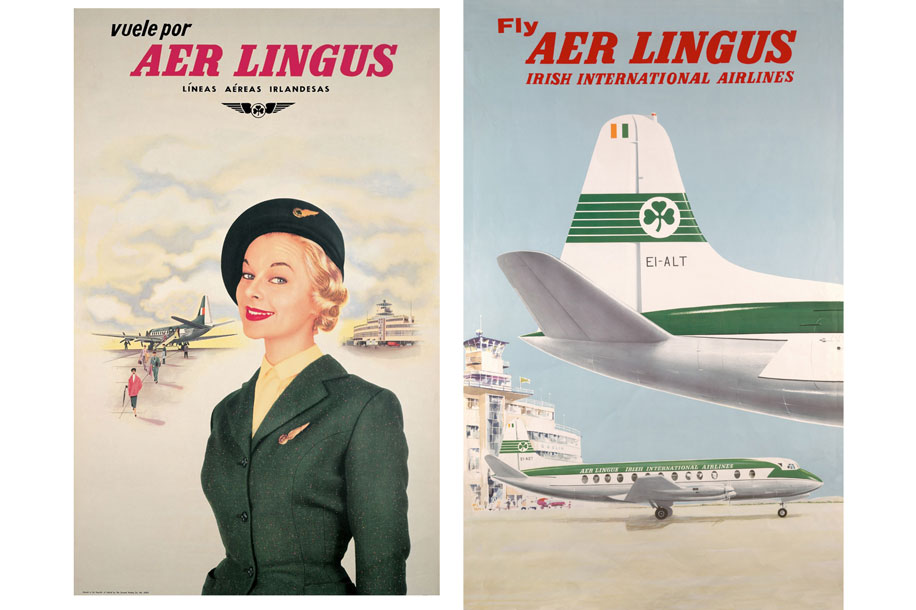