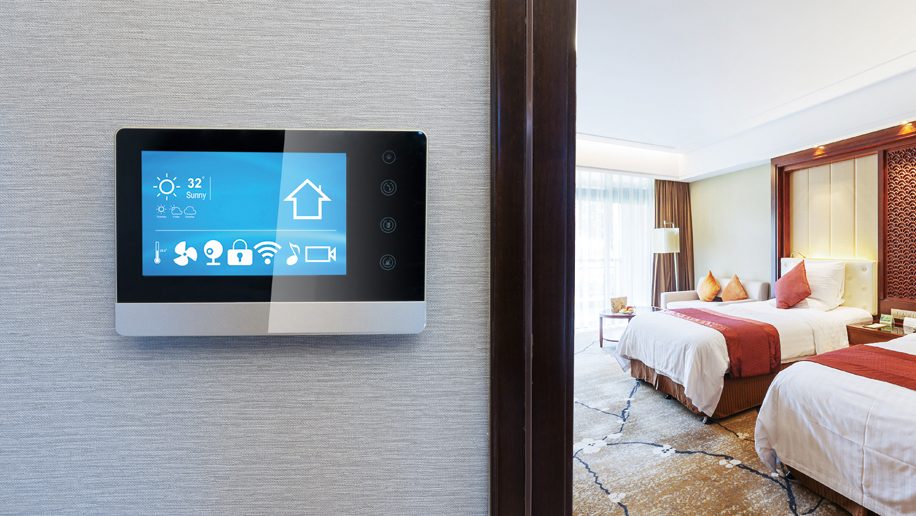 Many hotels are using technology to make your stay more comfortable, but offering a human touch remains important.

Around 25 years ago, Abid Butt was staying in a hotel in Thailand and called downstairs for an adaptor. “Ten or 15 minutes later, all of a sudden there were security officers standing outside my door with a first-aid box because they thought I had asked for a doctor and were worried something was wrong,” says Dream Hotel Group’s CEO of Asia Pacific, Middle East and Africa.

Butt believes these classic cases of misunderstanding could soon be relegated to history. His company’s Dream Downtown hotel in Manhattan, New York City, has introduced Google Assistant Interpreter Mode to its reception area. Guests can speak in their native language to the device and have their requests translated to hotel staff.

“People are very happy that they’re not struggling trying to express what they need, so it immediately relaxes them,” he says, adding that the most commonly translated languages are Mandarin, Spanish and French.

He adds: “In the early 90s when Japanese travellers were contributing hordes of numbers around the globe, we would look for the language proficiency in the staff to be able to do that. Now, technology is facilitating that 24 hours a day, and at a much better cost efficiency.”

Across the Pacific at the Orchard Hotel Singapore, guests looking to get their morning protein fix may be surprised to find a robot asking them how they’d like their eggs. The “Autonomous Service Chef Associate” can cook eggs either as omelettes or sunny side up during breakfast at the hotel’s Orchard Café. There is also a front-of-house “Autonomous Service Delivery Robot”, which can deliver room amenities such as towels and bottled water.

“It initially took a while for our guests to warm to the idea of being served by robots. But the novelty of opening your door to be greeted by a robot, or watching a robot arm prepare your eggs – they offer our guests a nice surprise and, frankly, a great photo opportunity,” says Byron Chong, the hotel’s general manager.

Japan’s Henn-na hotel, just over an hour’s drive from Nagasaki, has a whole staff of robots, including a velociraptor concierge. But the robots seem to have created more problems for guests than pleasure, according to a Wall Street Journal report, which adds that the hotel has culled over half of its 243 robots, many because they created work rather than reduced it.

These examples offer a glimpse of what the hotel of the future might look like. While robots may be a little too sci-fi for some, there are other more technological advancements that travellers will come to view as being as indispensable as having universal high-speed wifi throughout a hotel.

Keyless check-in is one such technology. Business Traveller reported in November 2014 that Starwood Hotels & Resorts had launched a keyless entry system so its loyalty members could use a smartphone as their hotel key. Other large hotel groups soon followed suit, including Hilton, Hyatt and Intercontinental.

“This keyless entry is becoming more and more popular, particularly from a business traveller point of view so you can bypass the desk. A true road warrior wants to just get through it,” says Butt of Dream Hotels Group, which is piloting keyless entry in its Hollywood, Los Angeles property.

However, some hotels Business Traveller Asia-Pacific spoke to were wary of the implementation costs and benefit to guests. “We don’t really see guests screaming for this technology as long as your existing access is working well,” says Cecilia Lo, executive assistant manager, sales and marketing at the Grand Hyatt Hong Kong. 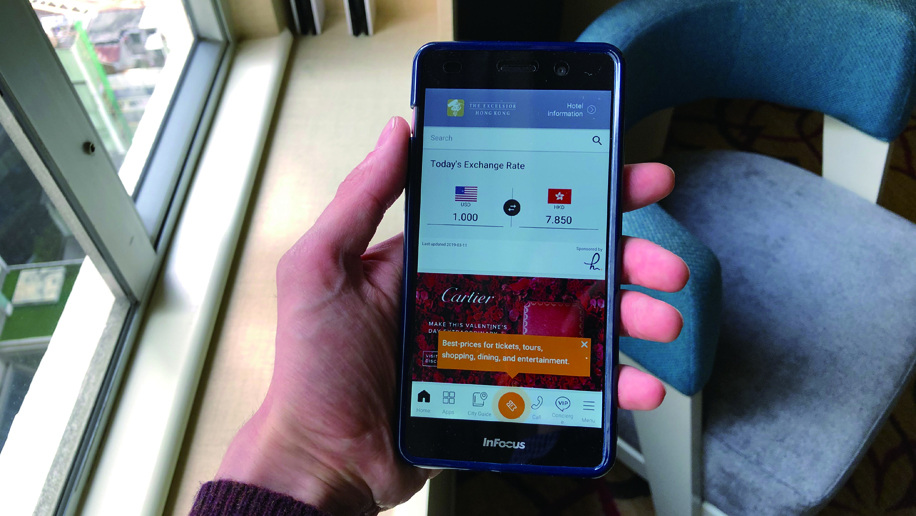 While all new Hyatt hotels are “embracing this technology”, existing hotels will look at market demand when weighing up the cost-benefit of installing it, she says. Moreover, keyless check-in can cause issues with managing capacity. Rooms may still not be ready, despite the guest having checked in with the app – defeating a major point of the
technology.

“Hotels may therefore only allocate keyless entry to a certain percentage of inventory,” says John Drummond, resident manager at the Intercontinental Grand Stanford Hong Kong, which does not have keyless check-in.

The Sherwood Taipei, a boutique luxury hotel in the Taiwanese capital, still issues guests with physical keys on a keychain, and does not even have plastic keycards. General manager Achim von Hake describes this as part of the hotel’s “philosophy”, and says implementing keyless technology would be “a long-term investment”.

“We are evaluating market trends and keyless technology will be a future direction,” he says.

However, some say guests may also be loath to download a dedicated app simply to unlock their rooms. “I’ve got 10,000 blooming apps on my phone,” says Dream Hotels’ Butt. “It’s got to be easier so that for each task you’re not having to download another app, or do something so specific that, once you’ve used it, you probably won’t use it again for however long.”

Christopher Chan, general manager of research and technology, The Hongkong and Shanghai Hotels, which owns and operates The Peninsula Hotels, says that “having a QR code to access a web-based app will be the way to go if guests would like to use their own phone or tablet”.

In Hong Kong, the JW Marriott plans to implement keyless technology this year, though it doesn’t have an exact launch date yet. “My personal take is not that a huge percentage will use it, but that a certain number will – and that will increase once they get used to a certain technology,” says the hotel’s general manager Silvio Rosenberger. He compares it to digital boarding passes at airports: some passengers were initially slow to accept that technology, but eventually came around when they realised how convenient it can be.

Rosenberger adds that since the JW Marriott’s keyless check-in will be done on the Marriott Bonvoy app (which has several other functions), guests won’t be annoyed at having to download an app for a single purpose.

Most Business Traveller readers will by now probably have encountered a Handy smartphone in their hotel room. The devices are in over 5,000 hotels and 650,000 rooms globally, according to data provided by Hi Inc, the company behind Handy. The smartphone allows visitors to make unlimited local and international calls, as well as access the internet. It can also create a wifi hotspot for other connected devices like the traveller’s own smartphone, iPad or laptop.

Dream Hotels’ Butt is critical of Handy smartphones, saying they are “not user-friendly” and that he was bombarded by unwanted ads when using the device. “This Handy phone became a bit of a nuisance that I was having to carry around. A lot of times, these devices are being funded through ad dollars, so I was constantly being fed messages that I didn’t care to look at,” he says.

Butt adds that since telecommunication costs have reduced dramatically over the past decades, most people would be happy to buy a SIM card for their own device and are “not too keen on having to carry a third-party device for a single purpose only”. 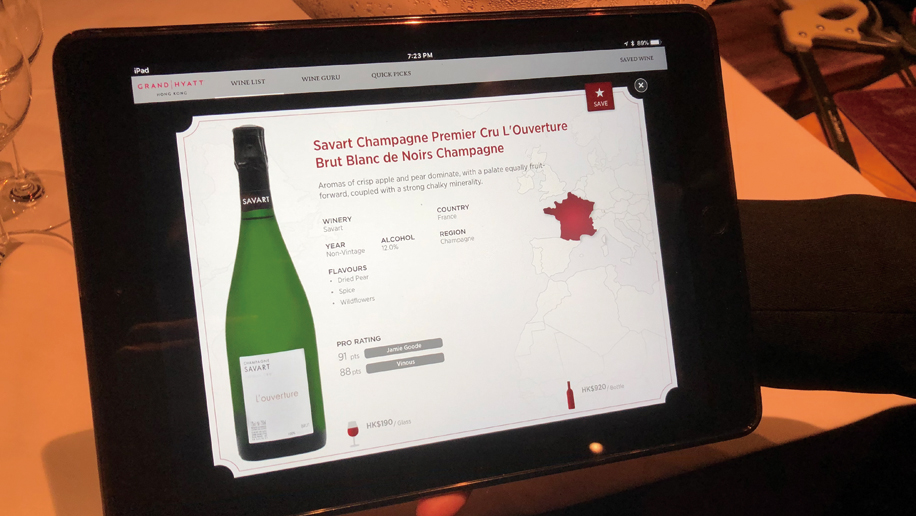 Similarly, Rosenberger of the JW Marriott Hong Kong, which doesn’t use Handy smartphones, says he doesn’t see the point. “The way tech develops, I believe people don’t need it anymore. They carry their own phone. Technology is all in here and it’s easy for me because I know how to use it. You have wifi here and a lot of free wifi throughout Hong Kong. I think there’s really no need to provide it,” he says.

However, Chong of Orchard Hotel Singapore says Handy phones “provide great convenience” and have been “a welcome addition” to his hotel. “It seems to be a bit of an expectation in Singapore these days, when you’re at a certain calibre. Portable wifis these days are spotty at best,” he says.

At the Grand Hyatt Hong Kong, diners in the hotel’s steakhouse can choose their wines using a tablet device installed with wine selection software Wine Guru by Vinu. Diners search using criteria like “year range”, “price range” and “rating” to find the wine that best suits them.

“You’ve probably seen people pull out their phones to research wines. It frustrates restaurants because it takes a long time for guests to find wines by just hunting and pecking, searching around looking for information. With Vinu, it’s a closed-loop resource with all the information a guest needs to effectively make that informed decision,” says Paul Saper, CEO of Sponsiv Digital, the creator of Vinu.

However, Saper stresses that a human touch remains important, and that Vinu and a sommelier can have a symbiotic relationship. “It’s important for the guest to have that relationship and trust from a sommelier. We’re not eliminating that; we’re enhancing the sommelier’s presentation with a visual canvas with which to present the wines,” he says.

“Sommeliers use it as a tool and then for [ordinary] servers, they oftentimes use it as a crutch because it has information about the wines that they simply don’t have direct recollection of – it’s hard to remember tasting notes for 150 wines.”

The Sherwood’s von Hake says implementing digital menus has been one of his hotel’s most successful technological innovations. “You have a short-term investment that creates flexibility in menus: you have more information available on the device – guests can read about the ingredients and get information if they have dietary issues,” he says.

Hong Kong and Shanghai Hotels’ Chan says digital menus are also good for the elderly, as they provide a bright menu in dimly lit locations, while the downside is that they are “a little bit bulky and not everyone is tech savvy enough to be comfortable using them”.

“I think the concept would not fit [our restaurants]. At Theo’s place, it’s organic, it’s farm to table – it’s about digital detoxing; we’d rather people put their phones away.” 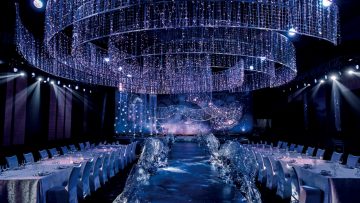 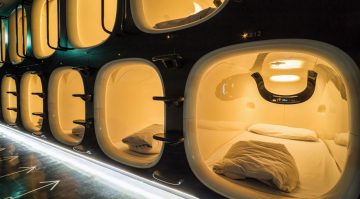 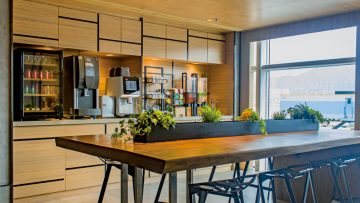 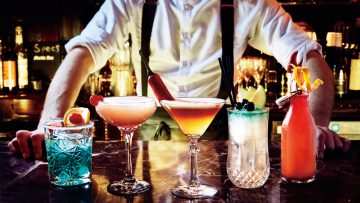