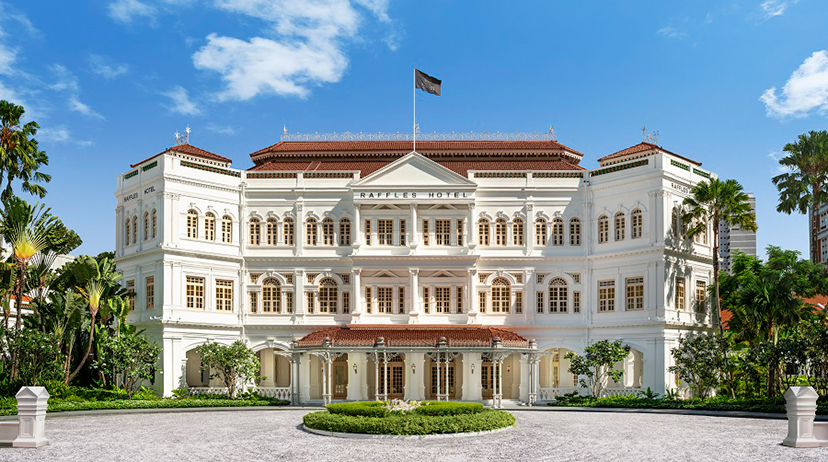 Over the years, the iconic Raffles Hotel on Beach Road has hosted notable guests such as Queen Elizabeth II, Michael Jackson, Karl Lagerfeld, Somerset Maugham and Rudyard Kipling. Having closed since December 2017 for refurbishment, the property reopened on Aug 1 with co-working operator, The Great Room, taking up 15,000 sq ft in one wing of Raffles Arcade at Raffles Hotel.

This is The Great Room’s fourth location in Singapore and is the first co-working space in a six-star hotel. From a design perspective, Jaelle Ang, CEO and co-founder of The Great Room, wanted to conceive a space that reflected the hotel’s legacy as well as incorporated the needs of its co-working members.

“Imagine if the walls could speak. You’ve had all these famous guests that have lived here before,” says Ang. “You think you start with a blank slate [for this new space] but you don’t, because you are in the company of these guests and the stories [of the hotel] are greater than yourself; and we wanted to work with that narrative.”

The Great Room’s pièce de résistance is its grand glass atrium or Drawing Room where its members can socialise, drink and dine. Apart from its signature shell chair, the space incorporates custom-made cane and wicker furniture that is emblematic of Raffles Hotel. 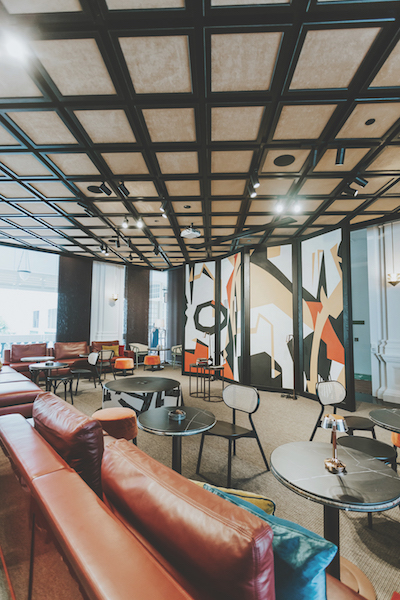 With sustainability in mind, the floor is paved with small pieces of stone, marble and granite. “We used smaller pieces because these are usually discarded and we wanted to be sustainable. The smaller pieces also help us to create an interesting [floor] design,” she explains.

Apart from the Drawing Room, The Great Room also has a studio where meetings and events can be hosted for up to 40 people. Art pieces by local artist Tay Bak Chiang and portraits by Yian Huang, Ang’s husband and co-founder of The Great Room, adorn the walls. Huang was previously a conflict photographer.

Based on user data from its other locations that showed members preferred small meeting rooms for frequent meetings, The Great Room is offering two ateliers that can each fit a group of eight. “We’ve now collected sufficient data across our locations and this has started driving our design more,” she says. Elsewhere, members can find hot

desks and hot office spaces at the workhall. Here, the space is also designed based on data and features private phone booths.

Prior to its opening on Aug 1, The Great Room had achieved 75% occupancy for this location. Rates for hot offices start at $900 a month and dedicated offices start at $10,800 a month. “We know we command the highest rates in the city right now,” reveals Ang. “We [have achieved] breakeven well before the moment we open. From a business performance point of view, this works really well.” 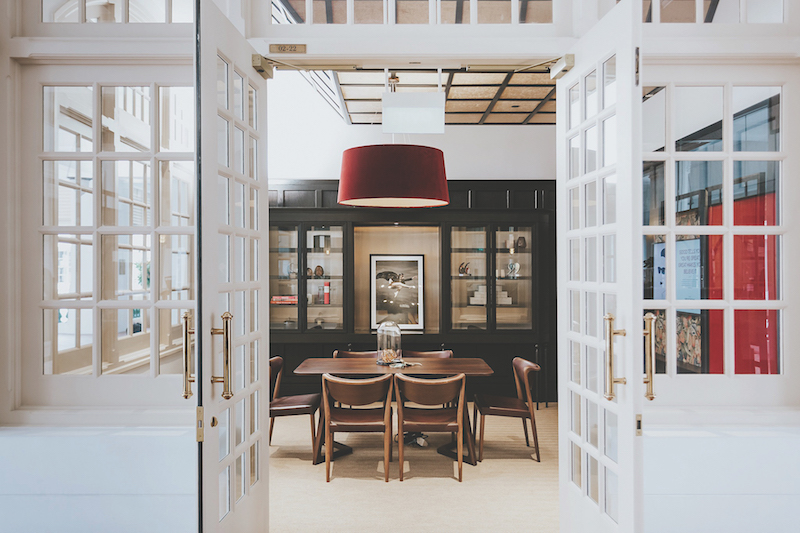 At Raffles Hotel, The Great Room’s “founding members” include Danish fintech company Go-Bear, private equity firm Vulcan Capital, venture capital firm Reapra and a British football club. These companies take up 50% of the available space. “We still have some [companies] in stealth because it is their first time opening in Singapore. They are quite high-profile in the US, so they will announce their opening when they are ready,” Ang says.

She observes that The Great Room’s members are usually a mix of finance, technology and lifestyle companies. A “good proportion” of them are also new to co-working. She highlights: “This tells us that we are not competing in the same market as a lot of co-working operators. We are actually an option and alternative for people who, before this, didn’t think they were the co-working type.”

Ang says that with rising office rents, more companies are considering The Great Room’s offerings. According to Colliers International, Grade-A office rents in the CBD rose for the eighth straight quarter to hit a 10-year high of $9.93 psf per month in the second quarter of 2019. 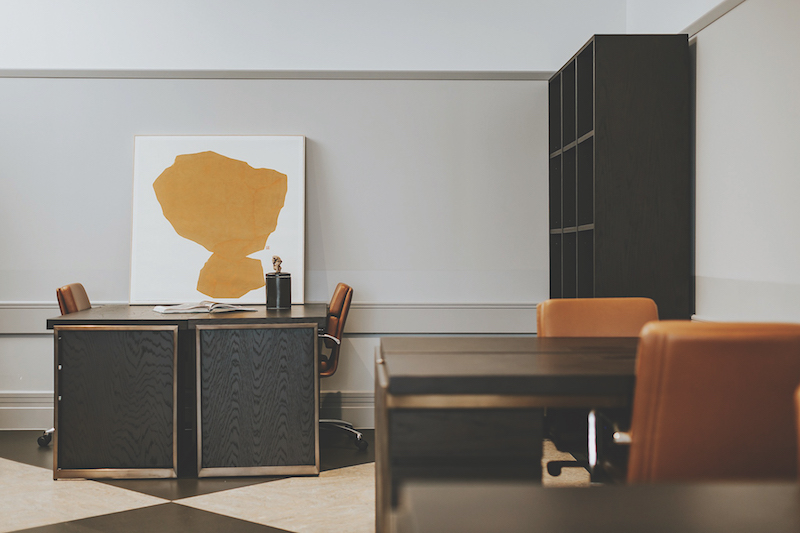 “Our members are not price-sensitive, but they are value-sensitive. It is still a business expense so they will compare this with what they used to get,” she says. “When you get the membership, it’s not just rental but the stacking up of many layers of things, whether it is service, amenities, common spaces, utilities, wifi, all those things they had to pay for. So, when they compare, this is actually better value.”

Despite demand for The Great Room’s space, Ang is not aggressive in her approach to expansion. Apart from its Raffles Arcade location, The Great Room can be found at Centennial Tower, One George Street and Ngee Ann City. Outside Singapore, it has spaces in Gaysom Tower in Bangkok and One Taikoo Place in Hong Kong.

Next year, The Great Room plans to expand its overseas presence to include Shanghai. This is in line with its strategy to grow the brand in key financial centres. “If we win the key financial centres, then we will get to pick the rest of Asia. It doesn’t mean we won’t do the rest, but it means that we can do those more opportunistically,” she explains.

At the same time, Ang wants to deepen the brand’s presence in Hong Kong. Even with the ongoing political unrest, she believes Hong Kong remains the right environment for businesses. “People will not pull out of Hong Kong so quickly, but there is definitely that certain wait-and-see attitude,” she reckons. “The way I look at it, for the foreseeable future, key decision-makers [of companies] still sit in Singapore and Hong Kong and you want to be where these decision-makers are.” 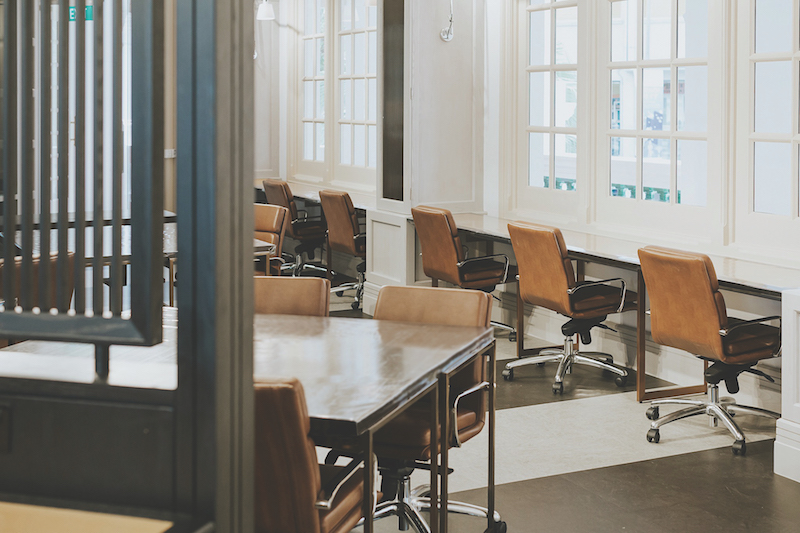 This view is echoed by some of The Great Room’s members who maintain business presence in the cities the co-working operator is in. This bodes well for The Great Room’s expansion plans. Ang shares that when the brand first announced plans to open in new markets, its members at these locations were mostly companies that were already members in Singapore. “They were the ones who were keen to get a membership without seeing the final product because they know what we are about,” she says. “It is harder for new companies to sign up because they want to see and touch before committing.”

Convergence of co-working and hospitality

The Great Room’s latest location at Raffles Arcade addresses what Ang foresees as the way forward for the co-working sector. She expects to see more convergence between hospitality and co-working in the near term as both sectors are aligned in the way that their services are focused on creating experiences and being hospitable to their guests and members. Ang’s belief is not without merit.

On May 6, the Accor hospitality group announced an ambitious plan to implement 1,200 spaces in under three years under the co-working brand WOJO. These spaces will be rolled out across Europe by 2022. “With the launch of WOJO, Accor continues to execute its augmented hospitality strategy, expanding into new verticals and becoming relevant in the daily lives of consumers,” said Accor in a press release.

The way Ang sees it, this is one of “the boldest move for a hotel [brand] and will drive a lot of action and deals in that direction”.

Raffles Hotel is owned by Qatari hotel developer Katara Hospitality. However, since 2015, the hotel has been managed by AccorHotels after the latter signed a US$2.9 billion takeover deal with FRHI Holdings, the owner of the Fairmont, Raffles and Swissotel hotel chains.

According to Ang, The Great Room has been approached by several hotel groups in the last two years. In fact, its launch party at Raffles Arcade on July 20 was attended by hotel groups. “We don’t usually get hotel groups coming but a lot of them came to see if this is the new narrative for hotels,” she says. “Sometimes when [hotel groups] come to you, it may not be the right space, or it may not be a city we want to expand into.”

The Great Room found the perfect fit in Raffles Hotel as their goals were aligned. “They established very early on that we were the ones they want to work with, and we worked very closely to build a product that is very fitting for this space,” Ang shares. “We discussed for nine months to make it work and we are talking about more deals in the long run as well.” 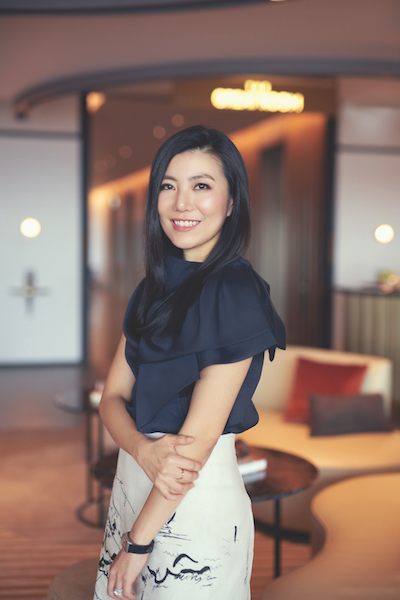 Start-ups get a new network to drive innovation and boost ecosystem
Scroll to top
error: Content is protected !!