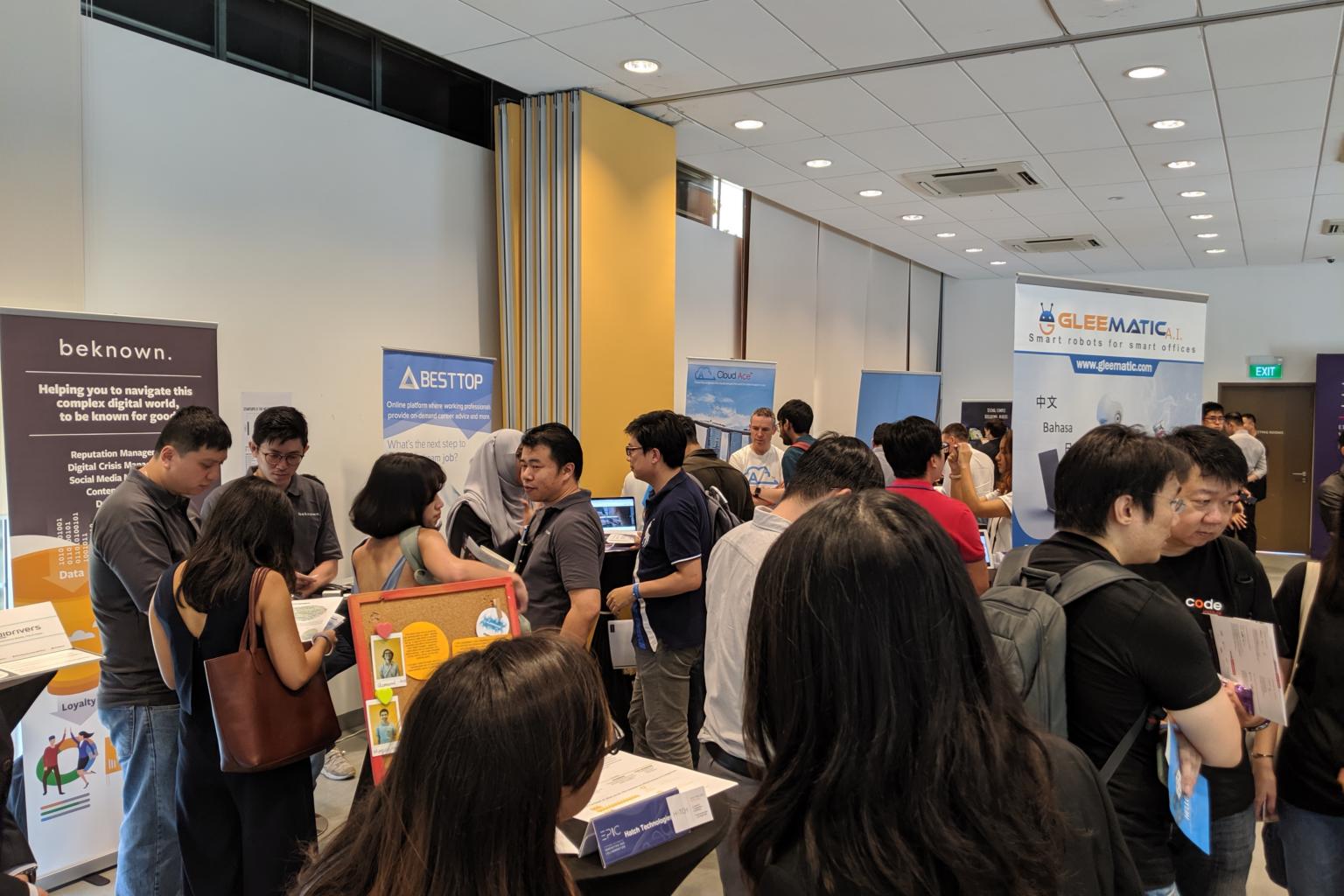 Attendees and start-ups at Active Community for Entrepreneurship and JTC’s Experience the Power of Innovation and Collaboration event on Aug 16, 2019.ST PHOTO: CHOO YUN TING

SINGAPORE – Sports technology start-up Elxr’s proposition is to customise a training programme based on genetic analysis to optimise fitness regimes, but outside of the industry, few have heard of the firm in Singapore.

The company, set up 18 months ago, has partnerships in place with the Singapore Sports Hub and several Japanese conglomerates but wants to grow further.

With the announcement that an Innovation Enablers Network has been launched in the Republic, founder and chief executive Steffan Fung is hoping the firm can gain more exposure.

“It’s a good opportunity to show organisations that there are sports technology companies like ourselves in Singapore, especially since this industry is considered quite niche here and in Asia,” the 39-year-old said.

Senior Minister of State for Trade and Industry Koh Poh Koon on Friday (Aug 16) announced the launch of the network, as well as the inaugural Experience the Power of Innovation and Collaboration networking event.

The network is under the Action Community for Entrepreneurship (ACE) and supported by Enterprise SG.

ACE is a national private sector-led organisation to drive entrepreneurship and innovation in Singapore. It was launched in 2003 by the Ministry of Trade and Industry.

In his speech, Dr Koh said a start-up ecosystem needs the involvement of other organisations, such as corporates and institutes of higher learning, to grow.

The network complements the Startup SG Network, which provides an online listing of deep tech start-ups, investors, incubators and accelerators.

Dr Koh said the Innovation Enablers Network will boost the trend towards open co-innovation in JTC’s Launchpad and one-north.

“Besides benefiting start-ups in their strategic partnerships with corporates, the network will also support the value proposition of Singapore as a global innovation and start-up hub,” he added.

Corporates are encouraged to tap ACE’s network of start-ups and leverage the Innovation Enablers Network to share their problem statements, said ACE chief executive Edmas Neo. ACE is looking to share 100 innovation opportunities through the network within the next 12 months, he added.

He also had the opportunity to communicate with other companies, understand some of the trends in the start-up space and look for interns for his 10-month-old company at the career fair.

In conjunction with the launch of the networking event, ACE marked its fifth anniversary since it was restructured as a private entity.

Over the five years, the organisation has supported more than 2,000 start-ups and facilitated over 200 mentorships.

It has established a network across 16 cities which connects some 25,000 start-ups.

Why Singapore? – The Economic Development Board
Scroll to top
error: Content is protected !!