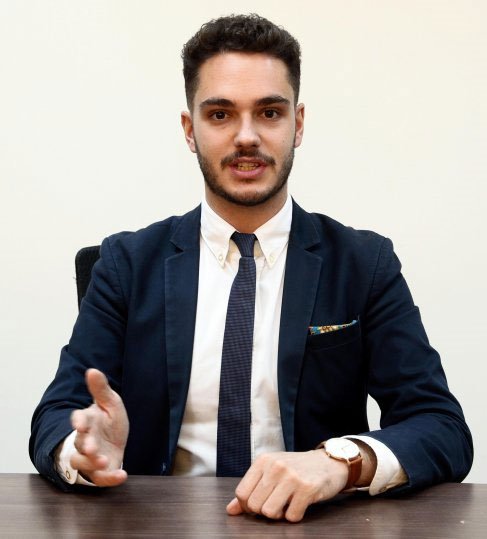 Qatar has taken the right steps when it comes to adapting its legislation to make it more appealing for foreign investors. In fact, the incentives currently offered in the country are among the most competitive in the region which makes Qatar a free economy, Eudald Franquesa Ortiz, Country Editor of global media group The Business Year (TBY) Qatar has said.

In an interview with The Peninsula ahead of releasing the latest edition of TBY Qatar, its Editor highlighted Qatar’s recently announced reforms in the country’s investments laws, including Freehold Property Law and Non-Qatari Capital Investment Law. He said the reformed laws will help increase the pace of foreign capital inflow to the country. Ortiz added that the recent changes have already attracted the attention of international investors that have seen Qatar an incredibly good opportunity to invest and grow their business in the region.

Ortiz, who has been investigating the projects and developments in Qatar’s business sector, also emphasised the general commitment and strong ambition of the country’s business leaders. “Qatar is in the best hands possible. The country is well on its way to an advanced level of development. In terms of real estate, we find state-of-the-art buildings incorporating the latest technologies. Parts of the country, like Lusail City and West Bay, are among the most developed smart cities on the planet, and Qatar is leading the globe in the rollout of 5G,” he added.

On Qatar’s readiness to host the upcoming Fifa World Cup 2022, Ortiz said the country wasted no time in developing the necessary infrastructure, including stadiums and transport links. “In terms of hospitality, a big number of hotels and tourist attractions, like malls and museums, have also been inaugurated recently. Qatar is ready to host the World Cup, but it is also ready to develop a proper and sustainable tourism sector, which will have a long-lasting impact on the country’s economy,” he added.

Ortiz went on to highlight programmes like The Single Window System by the Ministry of Commerce and Industry (MoCI) which aims to increase the ease of doing business in Qatar. “We have also been following closely the creation of the Free Zones, which will be without a doubt a truly appealing incentive for international companies to settle in Qatar,” he added.

According to Ortiz, the blockade, which unleashed Qatar’s maximum potential, has also led not only to the expansion of the country’s food sector, but to a renaissance in the industrial sector as well. He added: “Qatar is experiencing a vibrant industrial renaissance. That is easy to tell with just a quick visit to the Industrial Area, where it is easy to spot the large number of new factories that are being established. We need to be grateful to the amazing job carried out by the Qatar Development Bank, which is giving powerful incentives to new investors to set up industrial operations”.

In order to sustain the momentum, Ortiz highlighted the importance of easing the process for foreign companies setting up in the country, as well as the need to financially assist investors willing to start new factories, farms, and other companies in Qatar.

Speaking about the government’s efforts towards national digital transformation, Ortiz highlighted TASMU Smart Qatar programme by the Ministry of Transport and Communications (MoTC), and added that fintech was another sector that Qatar is investing heavily in.

However, Ortiz believes that while Qatar is making the right steps towards economic diversification, gas, especially with the estimated LNG capacity expansion by Qatar Petroleum, will remain the spine of the Qatari economy for the upcoming years.

“We have identified, though, an increasing interest from Qatar to produce value-added products using its natural resources, with a big emphasis on petrochemicals. Local companies are already feeling the impact of the TAWTEEN project, which will create a strong local supply chain for the oil and gas sector,” he added.

Looking ahead, Ortiz forecasts a positive growth for the country’s real estate sector. He added: “Qatar has the largest GDP per capita in the world, and that reflects in the purchasing power of its population, which is a good indicator for real estate growth. I believe Lusail City is an area which offers the perfect conditions for real estate to flourish. It will also de facto become the centre of Doha in the upcoming years”.

Ortiz added that the large number of expatriates who will be attracted by the new LNG expansion programme and by the new companies being established in the country will also boost Qatar’s real estate sector. He added: “Qatar will host some of the most coveted sport events in the world. And this has already created strong incentives for a large amount of investments to be placed in new residencies and hotels. Regarding oversupply in the market, I believe that dropping the housing prices will increase the appetite for real estate and bring dynamism to these areas. But I understand that as a result of bullish market forecasts Qatar’s real estate market for the upcoming years, some sellers prefer not to drop their current prices,” Ortiz added.