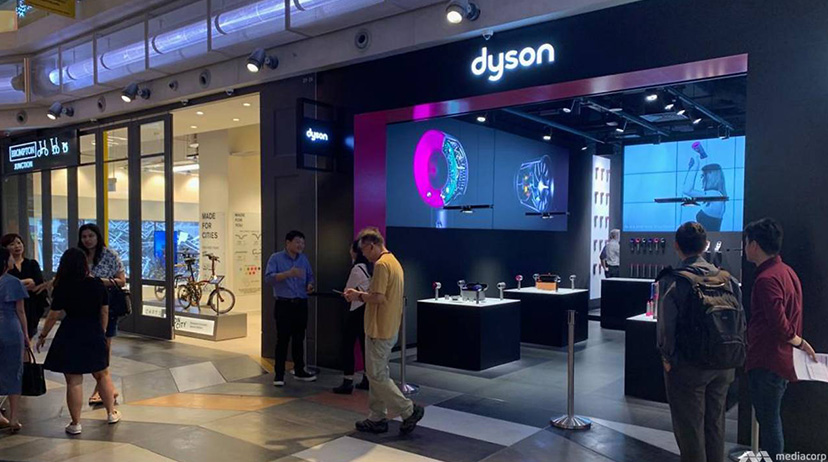 SINGAPORE: British technology firm Dyson is looking to hire “substantially” more workers in Singapore, its CEO Jim Rowan said as the company continues to ramp up production and capabilities in facilities across the country.

Dyson currently employs about 1,100 people at a manufacturing facility in Jurong, a technology centre at Science Park and a commercial office in one-north.

“That (number) will grow quite substantially over the course of the next few years,” Mr Rowan told reporters on Tuesday (Jul 9).

“We’ll continue to add capability and production at the digital motor facility in Jurong. And we continue to expand the Singapore Technology Centre in the Science Park … to facilitate growth and engineering.”

Dyson makes its patented digital motor – which powers its cord-free vacuum cleaners and personal care machines – at the Jurong facility and develops future technologies like artificial intelligence at the Science Park centre.

Last October, the company also announced that it would build its electric car in Singapore and in January said it would move its corporate head office to the country.

While Mr Rowan declined to reveal how many more workers Dyson would hire in Singapore, he said the figure would be “significant”, especially as the company shifts from mechanical engineering to software and electronics.

“We’ve been having so much software and electronics in our products, and so much intelligence that that’s the skillset that we need,” he said.

Dyson is also looking for skills like digital marketing, Mr Rowan said, pointing out that digital retailing has become more important with a decline in traditional brick-and-mortar stores.

This means building more websites and sales channels through platforms like WeChat to “reach the social media shopper”. 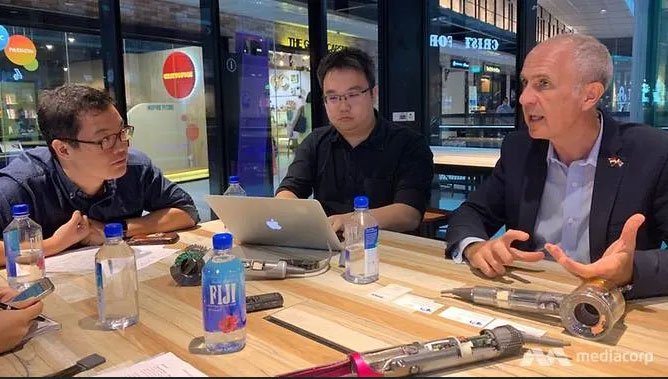 Nevertheless, Mr Rowan said he is confident of getting the right people with the right skills “if we put (in) enough effort”, stating that competing for labour in Singapore is not tougher than, say, in the United Kingdom.

“We can actually get the skills we need partly because the education levels in Singapore are so high,” he said. “We can get very high-quality graduates that we can then probably train up.

“So, they come to Dyson with all the ingredients that we need: Cognitive intelligence, a degree in engineering disciplines that we need.”

Mr Rowan said Dyson could also tap on the fact that Singapore is a hub for the disk drive and semiconductor industries.

“That’s driven a capability of precision engineering and mechatronics,” he explained. “In the digital motor facility, we have a lot of ex-disk drive people. They’ve joined us and we’ve managed to use those skills that they’ve honed in different industries.”

Source: To read the full article, read more at https://www.channelnewsasia.com/news/singapore/dyson-hire-substantial-engineers-digital-marketers-11704320

Why Singapore? – The Economic Development Board

Gardens by the Bay
Scroll to top
error: Content is protected !!