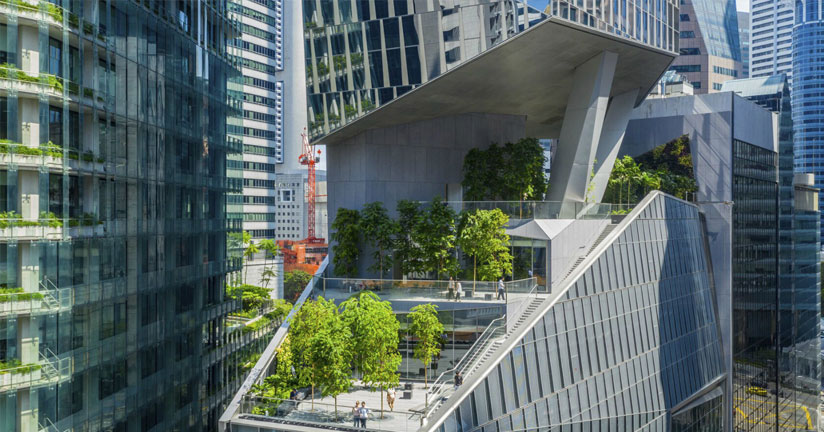 The newly opened Robinson Tower in Singapore’s Central Business District might baffle you at first glance: the upper section appears to float above the lower, with a leafy garden between the two.

Get a little closer and you’ll spot the slender core that elevates the upper tower, maximizing views of the nearby marina from the twenty floors of offices, as well as providing space for the terraced rooftop garden.

Designed by New York’s Kohn Pedersen Fox Associates (KPF), the tower also houses retail and food and beverage spaces in the lower podium, arranged around another garden in a central atrium. 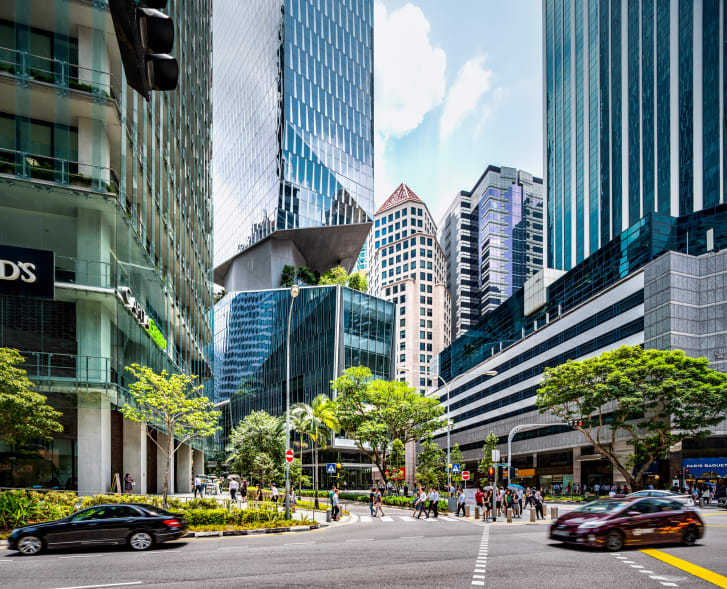 Described by KPF as addressing “sustainable urbanism,” the design was influenced by Singapore’s Landscape Replacement Policy, which requires developers to incorporate publicly accessible green spaces equal in area to any greenery removed.

Designed as a symbol of unity, Hong Kong’s flag becomes the focus of protest

The building’s faceted exterior “dematerializes and reflects the sun and sky differently,” KPF said in a press release. It was also designed to “form a contextual relationship” with Lau Pa Sat, also known as Telok Ayer Market, a historic food market with a distinctive angular roof that sits adjacent to Robinson Tower.

Source: To read the full article from Emily Dixon at CNN then visit the website at https://edition.cnn.com/style/article/singapore-sustainable-tower-building-scli-intl/index.html