Cambodia’s capital is a lively thrum of markets, temples and unrivalled people watching

Begin in the south of the city with a wander through the bustling covered market (known by locals as Psar Toul Tum Pung) and the grid of leafy streets that surround it. My favourite roads are on the eastern side, from 440 to 456. You’ll spy carts selling everything from snails to sweet coffee, tuk-tuk drivers napping in hammocks, plus signs of gentrification – students packed into cafés Tini and Deja, queues for smart restaurants Nesat and Eleven One, and trendy bars Intégrité and Long After Dark.

The market is a great place to take in the hum of daily life, as locals slurp lunchtime noodles, hardy grandmothers chop up slabs of meat, and seasonal fruit is handed over by the bag. Open dawn to dusk. 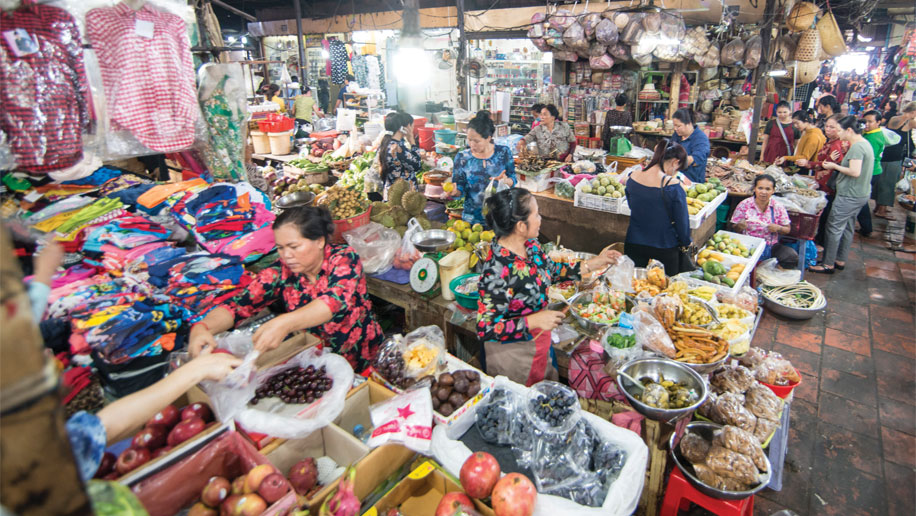 Take a break from the heat at this relaxed rooftop bar and restaurant, which can be reached via a staircase on the Street 440 side of the market. Despite the towering condos springing up all around, it’s one of the only places for a drink with a view in this part of town, even if it is just three floors up.

Take a balcony seat and look down at the action on the street below, across the colourful, haphazard tin roofs of the market, and up at the rapidly changing skyline. As the name suggests, it’s also a good place for sunsets. The menu offers fruit juices, cocktails and other drinks, while the spicy fish tacos are excellent. Open 12pm-11pm; facebook.com/sundownsocialclub 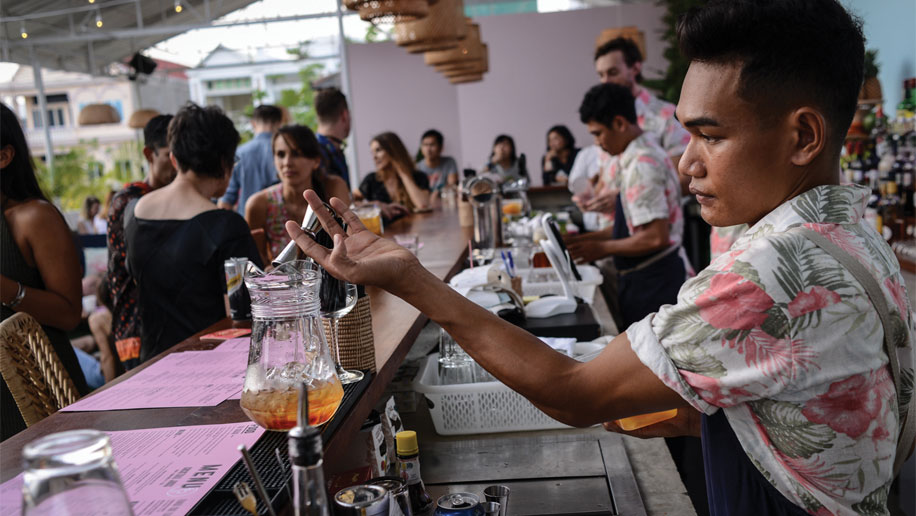 Ride-hailing apps have transformed how people get around the city. As well as the classic method of hopping into the nearest tuk-tuk, you can now use Grab or local rival Passapp to get a pre-set price in a smaller Indian-style rickshaw. Take one or the other to the Olympic Stadium, designed by the country’s best-known architect, Vann Molyvann, dubbed “the man who built Cambodia”.

Explaining his fascinating life story and school of New Khmer Architecture – which fuses traditional Southeast Asian styles with the modernist principles he picked up in Paris – would make a whole article in itself. Sadly, many of his beautiful yet painstakingly practical designs have since been pulled down or compromised because of poor urban planning (including the stadium itself, which was initially designed with ponds along the perimeter to prevent flooding, all of which have now been filled in).

Some of his other works in the city include the Chaktomuk Theatre, Institute of Foreign Languages and Independence Monument. English-language tours guiding you around the highlights can be booked at ka-tours.org. 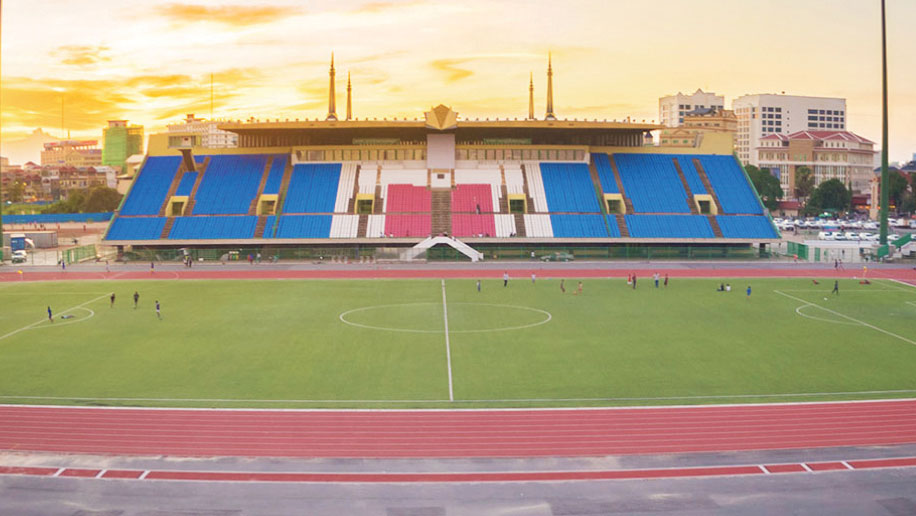 Ride another tuk-tuk to Wat Ounalom (“wat” means temple) for a quick look inside its peaceful grounds. Then stroll south along the river, past the Royal Palace and the fan-shaped Chaktomuk Theatre, to Wat Botum. En route, take a small detour one street back from the river, along Sothearos Boulevard, to walk past the Mansion – a dilapidated yet stunning building from the French colonial period that now hosts events. 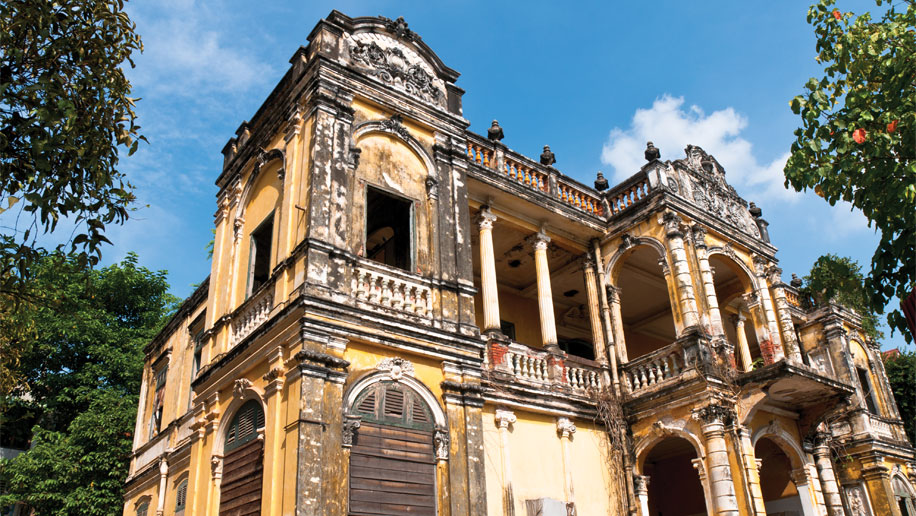 If time permits, this is a walk best done around sunset. Areas that by day can be unforgivingly hot and all but deserted come alive in a city lacking in pleasant public spaces, and by dusk the atmosphere is electric. Along the riverfront, monks and smartly dressed locals place orchids and incense at the Preah Ang Dorngkeu Shrine, while at Wat Botum catch everyone from older folks doing their evening aerobics to teens practising skateboard tricks around the central fountain. 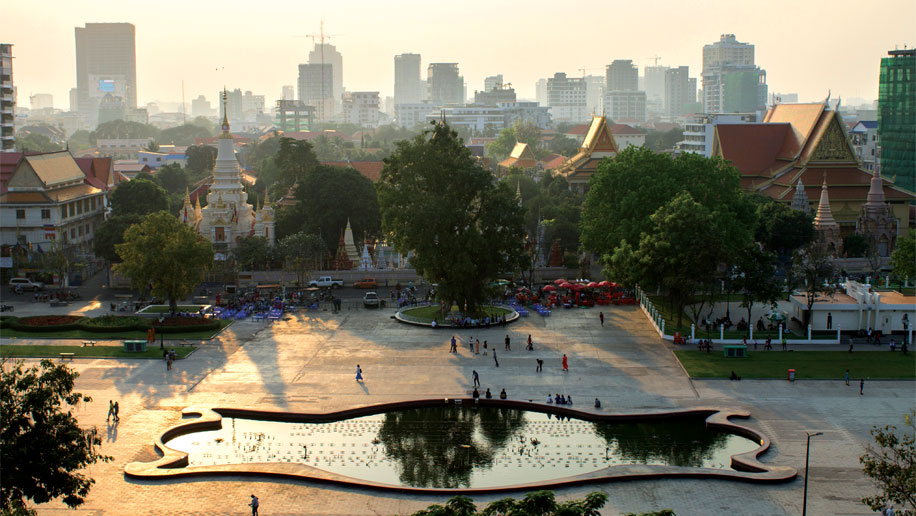 Going beyond your four hours and into the evening, a 20-minute walk north to Street 178 will lead you to Meta House. Recently moved to a new home, this German cultural centre also hosts local and regional exhibitions, documentary screenings and talks on topics such as journalism, the environment and international development. 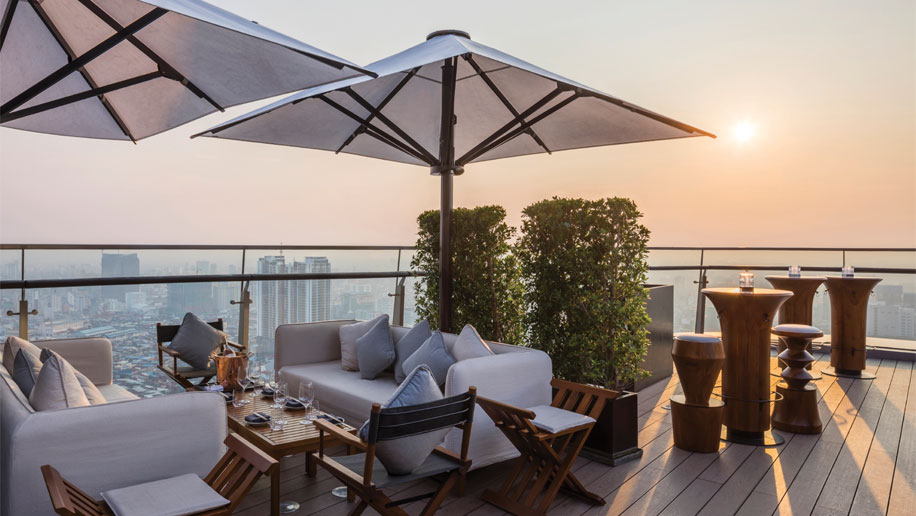 If nothing appeals there, hop in a tuk-tuk to the Rosewood Hotel in Vattanac Capital Tower, Phnom Penh’s tallest building, for a drink at its sophisticated rooftop bar (pictured above). If it’s been a few years since your last visit to the city, the changes observable from this vantage point are staggering. meta-house.com; rosewoodhotels.com 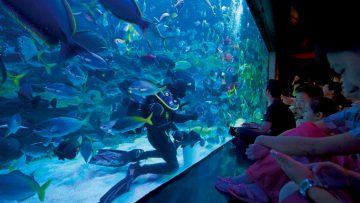 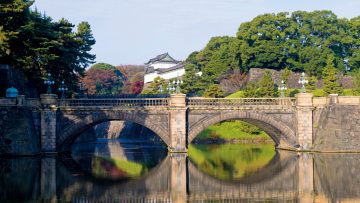 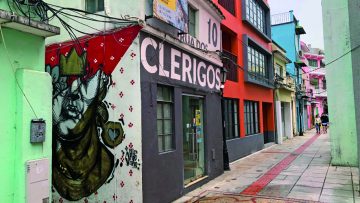 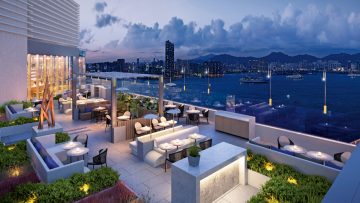