Colaba stretches down the southernmost part of Mumbai’s peninsula, and you could spend a day exploring the area. If time is limited, start with Sassoon Dock, which gives you a glimpse of the city at its most real and, well, smelly. The fish market starts in the early hours, so by the time you arrive they will probably be finishing up, sorting out shrimps in the warehouses on either side. It may look half-derelict, but a working fleet brings its catch in here daily, and many five-star hotels and reputable restaurants buy their fish here.

Completed in 1924, this huge basalt arch on the port side of south Mumbai commemorates the visit of King George V and Queen Mary in 1911, and was then used in ceremonials for the British departing the city. It’s a tourist area not least because boats leave here for Elephanta Island, but if you ignore the ticket touts and take a few pictures, it’s the one distinctive image of Mumbai that everyone will recognise. 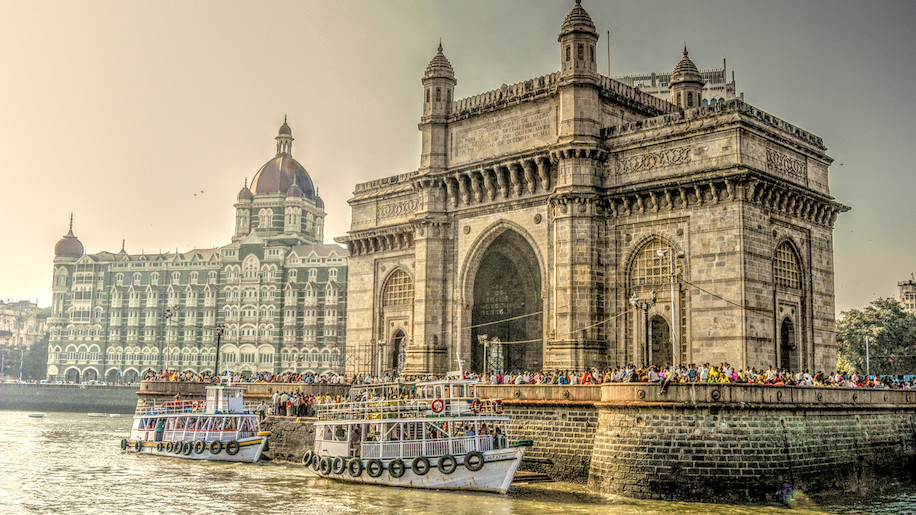 Mumbai has religious buildings of every variety, from stunning Jain temples – which you will pass later on your way up Walkeshwar Road on Malabar Hill – to the 1884-built Keneseth Eliyahoo Synagogue.

St Thomas’s on Veer Nariman Road is one of the oldest British buildings in the city – its construction began in 1676, and it remains a working, and worshipping, cathedral. Check out the memorials inside and the myriad fates that befell the colonials in India – including war, pestilence, or just plain exhaustion.

The most famous railway station in Mumbai is Victoria Terminus, now known as Chhatrapati Shivaji Terminus. Probably the second-best known is Churchgate station – a great place to watch the dabbawalas, also known as tiffin walas, who bring hot lunches to office workers throughout the city from their homes in the suburbs.

The boxes are coded with their ultimate destination, and are delivered so accurately, apparently, that business analysts have declared their operation to be six sigma (3.4 defective features per million). Each Hercules bicycle is loaded with 35 tiffin boxes and off they go through the intense midday heat, or quite often, monsoon rains. It’s a uniquely Indian phenomenon. 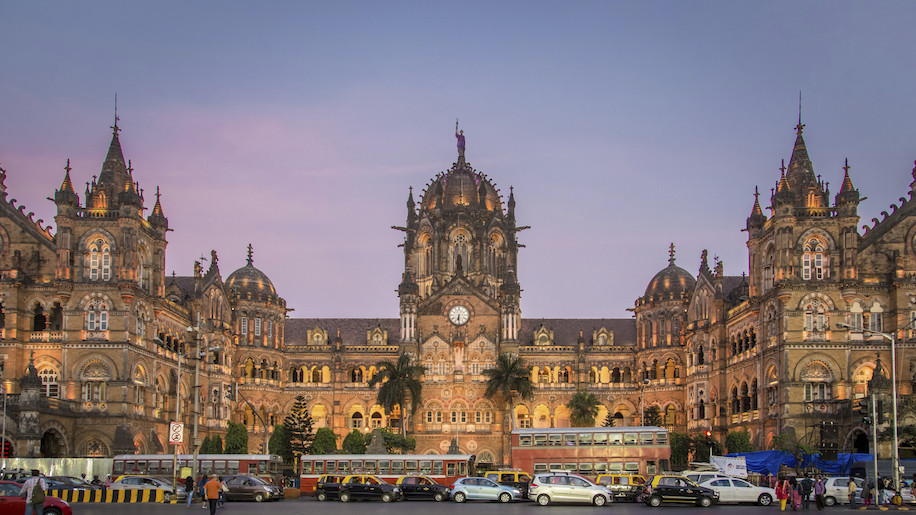 If there’s one Indian everyone has heard of, it’s Gandhi. This house, where the revolutionary lived when he was in Mumbai between 1917 and 1934, is filled with his books, correspondence and possessions – his bedroom is preserved as it would have been, and there are pictures illustrating how his personal style evolved, from a smartly dressed schoolchild and barrister to the archetypal image we all recognise today. Open daily 9.30am-6pm; donation recommended. 19 Laburnum Road; gandhi-manibhavan.org

The name might evoke some kind of Babylonian Seventh Wonder but, depending on your guide, it comes either from the terraced nature of the gardens on top of Malabar Hill, or from the ingenious system devised for the huge water cisterns underneath, built by the British, which hangs beneath the gardens and supports them when the cisterns empty during the summer.

The site is a pleasing place to take a stroll. Adjacent, although not accessible, is the intriguing Tower of Silence, the area of Malabar Hill used by the Parsi community, who dispose of their dead by leaving them on the hill to be eaten by vultures. It is supposed to be the best way to cleanse the body after death, but recently, because there are fewer vultures around, the Parsis have had to resort to cremation. You cannot visit the tower (dakhma), as only the dead are allowed in (apart from the pallbearers), but you can catch a glimpse of it over a high wall through the trees. 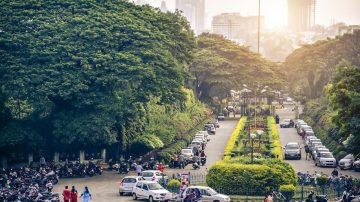 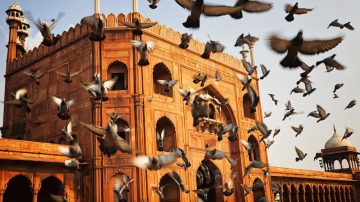