Chicago’s central Loop district contains many of the city’s best-known sites, and there is some buzzing nightlife to be found to its north. But the West Loop – a former industrial district that has spent the past decade building a trendy reputation – offers some great restaurants and bars, as well as small businesses and a community feel.

Begin at Union Station, in the area’s southeast corner. The Beaux Arts structure was designed by Daniel Burnham, the architect behind New York’s Flatiron Building, and opened in 1925. Its exterior is made from Indiana limestone but it’s the interior that is most impressive, with dark oak benches sitting on an expansive marble floor, surrounded by imposing classical-style columns and statues, all covered by a 67-metre long, barrel-vaulted skylight.

Owner Amtrak is spending tens of millions of dollars on refreshing the building, two-thirds of which is not currently accessible to the public. So far that has included recarpeting the staircase that features in 1987 movie The Untouchables and refurbishing former lounges. Outside, it is planning a new green public space and entrance on the western side. Rail and architecture buffs can book a one-hour tour (US$20). chicagounionstation.com 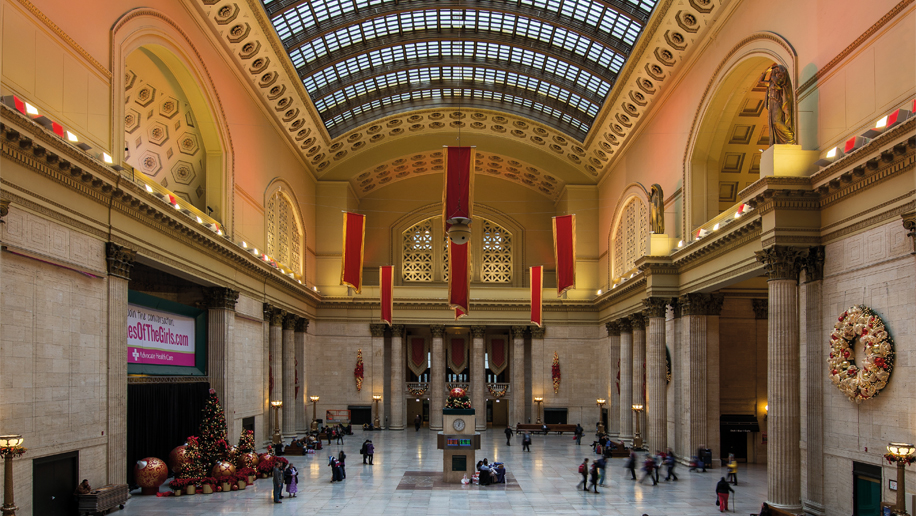 Walk north up Jefferson Street, past the imposing Presidential Towers, and turn left on to Washington Boulevard. Pop into the Kavi Gupta Gallery, run by the eponymous gallerist, who also has an outpost in Berlin. Open Tuesday to Saturday, it hosts a range of temporary exhibitions, generally showcasing emerging or mid-career artists, as well as permanent galleries. Until September, you can catch Better Nights by Mickalene Thomas, an immersive experience based on the New Jersey-set play Put a Little Sugar in My Bowl, as well as a curated selection of work by artists of colour.

According to the gallery website, Chicago-born Gupta was “one of the first to see opportunity in West Loop” in the late 1990s, when the neighbourhood was known for struggling industry, abandoned buildings and drug use. He has another gallery in a refurbished warehouse on nearby Elizabeth Street, which has shorter opening hours but can be visited by appointment. kavigupta.com

Head one block north for a stroll along West Randolph Street, the red-brick buildings of which house buzzing restaurants and bars. The likes of Google and Linkedin have set up bases in West Loop, and halfway down West Randolph you’ll spot “Hamburger University” – the global HQ of McDonald’s, where you can pick up items from its global menus. If that’s not your thing, grab a coffee from La Colombe, which roasts its beans in the Chicago suburbs, try a pale ale at Haymarket pub, or a glass of red at City Winery, which produces its own bottles with grapes from California and Oregon. Scandi-inspired restaurant Elske has a Michelin star, while Little Goat is an upmarket take on the American diner. Or try Lou Malnati’s for deep-dish pizza with a buttery base. 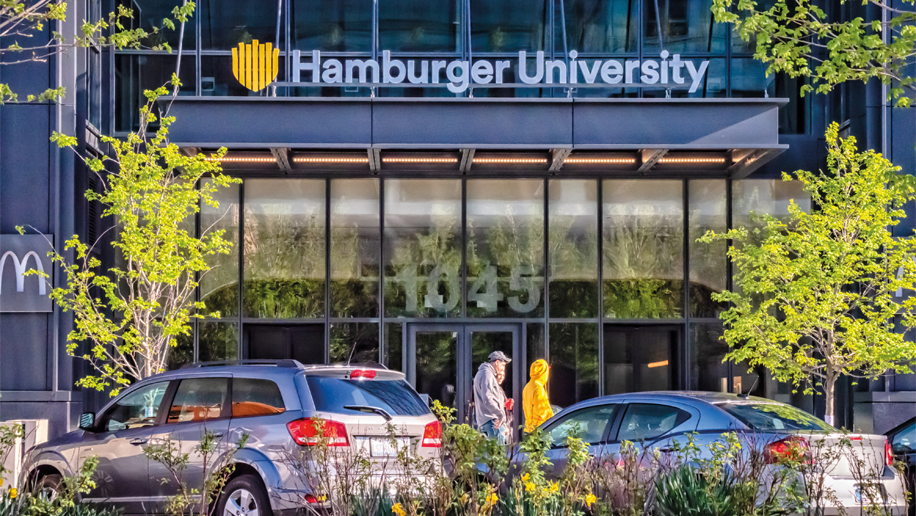 A block north, on West Lake Street, you’ll find the friendly team behind Open Books, a shop that is also a non-profit social venture. It runs free reading sessions and creative writing clubs for young people and delivers thousands of books each week to schools in the city. The West Loop store stocks more than 50,000 new and used books, with squishy leather sofas and armchairs to retreat to – a good pitstop if you’re starting to get sore feet. open-books.org 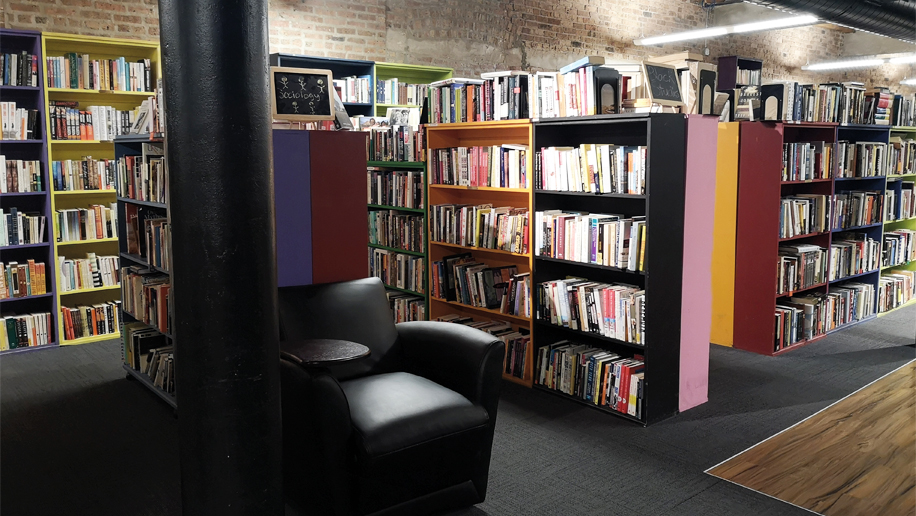 Follow the elevated train line west towards West Fulton Market and the streets around it. This was once the meatpacking district (look out for some colourful graffiti depicting this), but today it is being wholly transformed by gentrification. Former market buildings with ageing exteriors are being gutted to house glass-fronted shops, offices, bars and restaurants, and new buildings are on their way that will raise the height of its skyline. 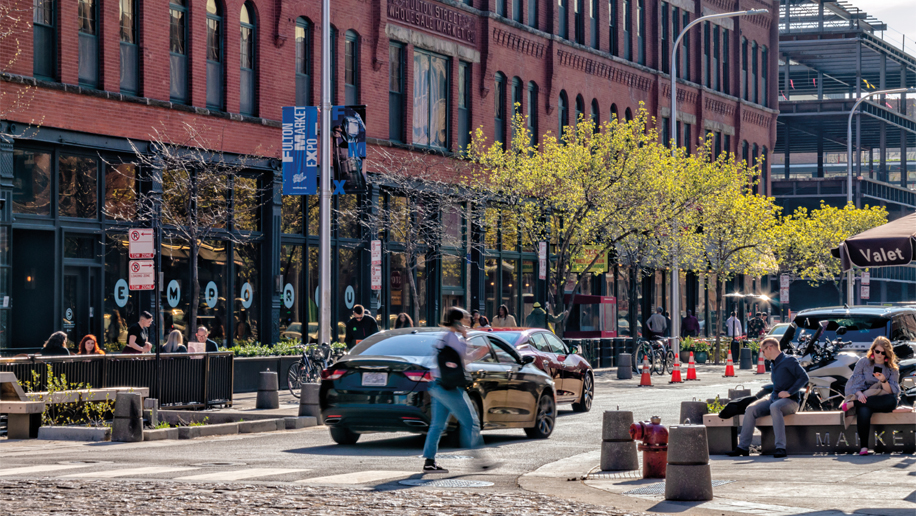 It’s an interesting area for a wander and, if you’re not already sated from your trip to West Randolph Street, has a wealth of food and drink venues. One hotspot is the rooftop restaurant and bar at the Hoxton hotel, opened by the London-based chain in April 2019. Time Out recently opened a 4,645 sqm food hall, or channel your inner child at Punch Bowl Social’s vintage arcade. 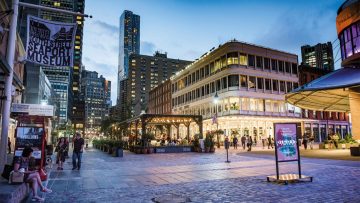 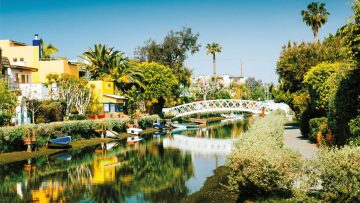 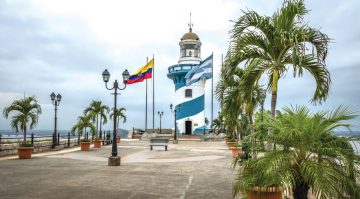