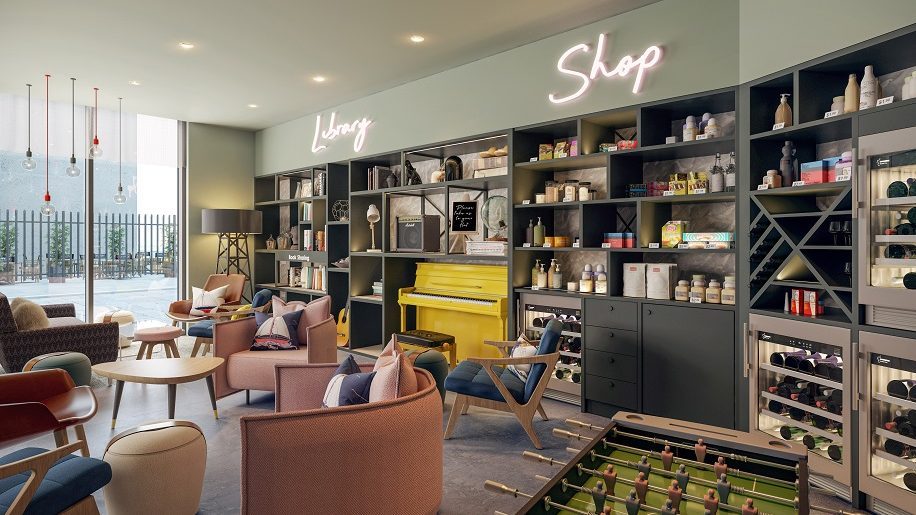 Aparthotels Adagio will open a property in Glasgow next month.

The 162-room Adagio Glasgow Central will open at the beginning of December, with modern design inspired by the city’s industrial history.

Wave patterns and rope will pay homage to the location’s nautical history, while the rugged forms of ship cranes which sat on the River Clyde’s banks in the 20th century will be referenced through the fitted furniture featuring slanted panels. Most of the furniture and finished will be made in Britain, including fabrics from Scotland’s Isle of Bute.

The aparthotel will be located on the banks of the River Clyde, within walking distance of the international business district, Argyle Street and both Glasgow Central station and St Enoch’s underground station.

The pet-friendly hotel will include facilities such as a gym, laundry room and guest library.

The aparthotel will collaborate with final year students from the BA (Hons) Textile Design course at the Glasgow School of Art, inviting students to create their own version of the Glaswegian designer Charles Rennie Mackintosh’s rose. Three winning designs will be selected and displayed within the property.

To celebrate the opening, Business Traveller has partnered with Adagio to offer one lucky reader and a guest the chance to be one of the first to experience the new property with an overnight stay.

The opening will mark Adagio’s eighth property in the UK and second venture in Scotland, following the Adagio Royal Mile in Edinburgh.

A joint venture between Accor and the Pierre and Vacances Center Parcs Group, Adagio currently operates 125 properties in 14 countries, with plans to expand its network to 200 aparthotels with 15,000 flats by 2024. 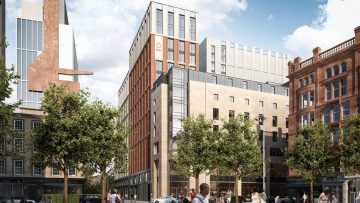 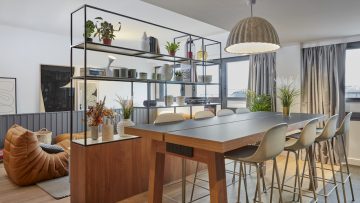 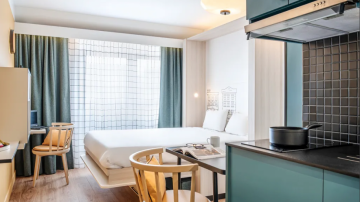 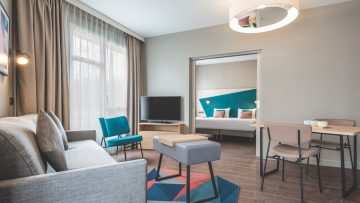