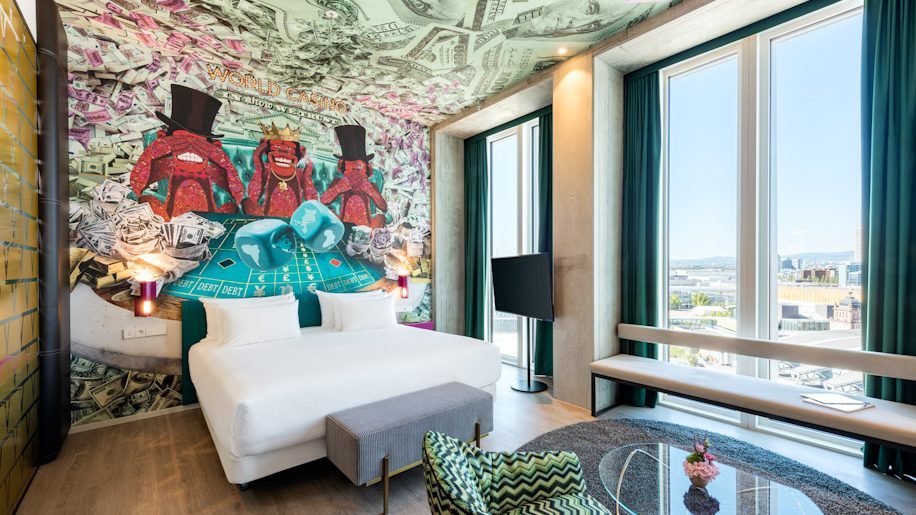 NFT Skybar and Restaurant will open this autumn, and will be Germany’s highest rooftop bar, with 360-degree views of the city.

The hotel features interior design by Spanish studio Rafael de La-Hoz, inspired by the motto ‘The Art of Money’. 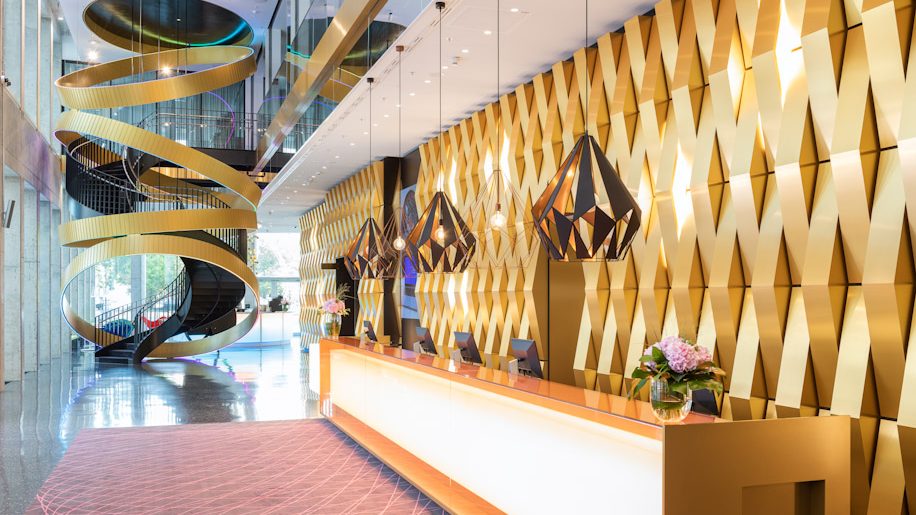 Design elements include a golden staircase in the entrance inspired by falling coins, and mural artist David Zuker has created “large-scale, artistically interpreted pop-art-style banknote motifs” throughout the building, while rooms feature “bold, gaudy graffiti on the walls and ceilings”.

Nhow Frankfurt joins the existing Nhow Berlin, as well as six other hotels under the brand in Amsterdam, London, Milan, Rotterdam, Marseille and Brussels.

In 2019 plans were announced for the 136-room Nhow Hamburg, located on the roof of the city’s St Pauli bunker.

“The latest Nhow openings, in important European capitals such as Brussels, London and Amsterdam, have been very well received.

“Now, we arrive in the economic capital of Germany and provide the brand with a unique location and with the best team, which will allow us to differentiate ourselves from the rest of the hotels on offer in the city and continue promoting Nhow as the design and lifestyle brand of the NH Hotel Group.”

For our Tried and Tested review of Nhow London (published in December 2021), see: 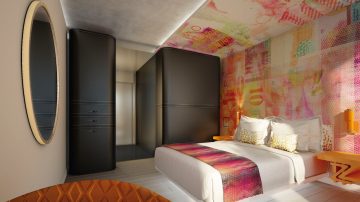 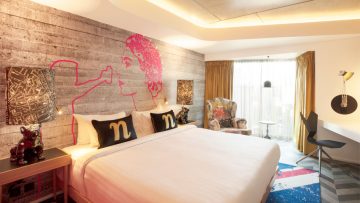 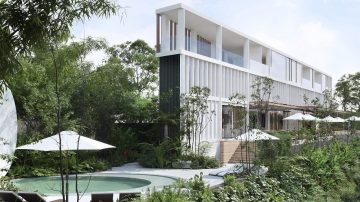 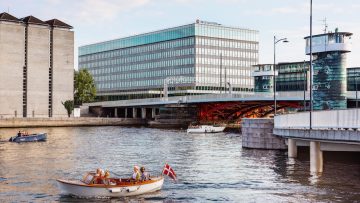