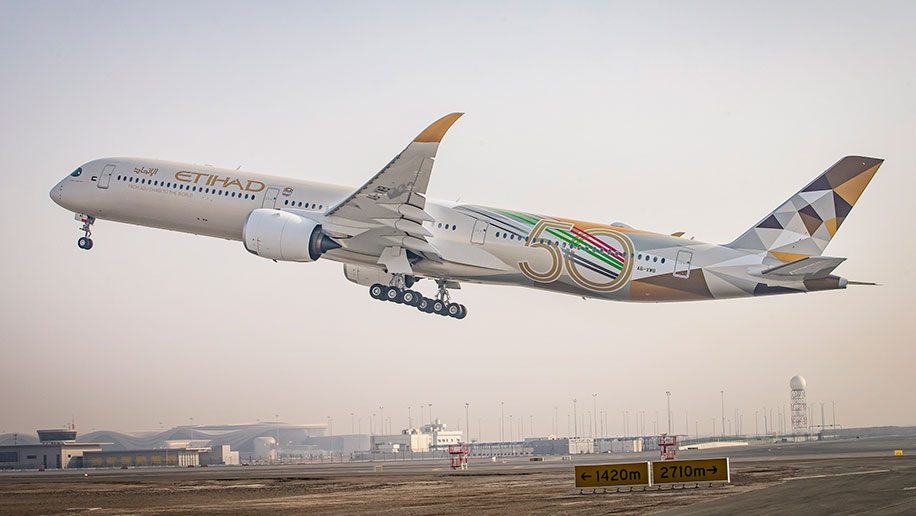 UAE national carrier, Etihad Airways, has reiterated plans to strengthen its US operations including ramped up services to New York’s John F. Kennedy International airport and an expanded partnership with Jetblue.

The carrier has already launched its A350 aircraft to the Abu Dhabi-JFK route. Starting November 15, Etihad will add four weekly flights on the Abu Dhabi–New York route, providing a total of 11 weekly nonstop services to JFK. The new flights will be operated with a Boeing 787-9 Dreamliner, while existing daily services will continue on Etihad’s new Airbus A350 aircraft, which has been deployed on the New York route since June.

In June, Etihad launched its new A350 aircraft, Sustainability50, which carries a livery that marks the 50th anniversary of the federation of the UAE and Etihad’s commitment to net-zero carbon emissions by 2050.

The Rolls-Royce Trent XWB-powered Airbus A350 is reportedly has 25 per cent less fuel burn and CO2 emissions than previous-generation twin aisle aircraft. Developed in partnership between Etihad, Airbus and Rolls Royce, the Sustainability50 programme will see Etihad’s A350s used as flying test beds of new initiatives, procedures and technologies to reduce carbon emissions.

With regards to its partnership with Jetblue, Etihad and Jetblue have been codeshare partners since 2014 and currently codeshare across 46 destinations throughout the Americas.

Jetblue recently began code sharing on Etihad flights from Abu Dhabi to Chicago and New York, with Washington DC to be added soon too.

As Etihad prepares to increase flights to New York’s JFK International Airport in November, the partners are planning to add additional destinations too.

In addition to increasing connectivity through the codeshare partnership, Etihad and Jetblue are also reportedly developing a frequent flyer partnership that will allow both Trueblue frequent fliers and Etihad Guest members to earn and redeem miles across each other’s networks.

In addition to the introduction of the A350, increased services to JFK and expanded partnership with Jetblue, in June, it was announced that Etihad would be one of the first airlines, and first Middle East carrier, to be offered a permanent presence at JFK’s New Terminal One.

“The US remains one of our leading markets and that is why New York and Chicago were amongst the first destinations to be serviced by Etihad’s new A350. We are proud to continue to offer our guests a premier travel experience and enhanced connectivity through our growing partnership with Jetblue,” said Tony Douglas, Etihad Airways group chief executive officer at an event held in New York at Cipriani Downtown last week to reiterate the carrier’s commitment to the US market. 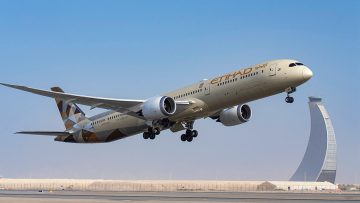 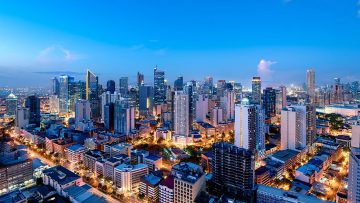 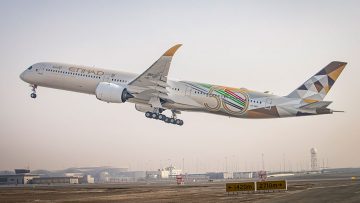 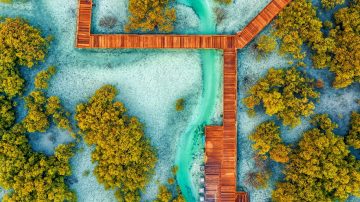