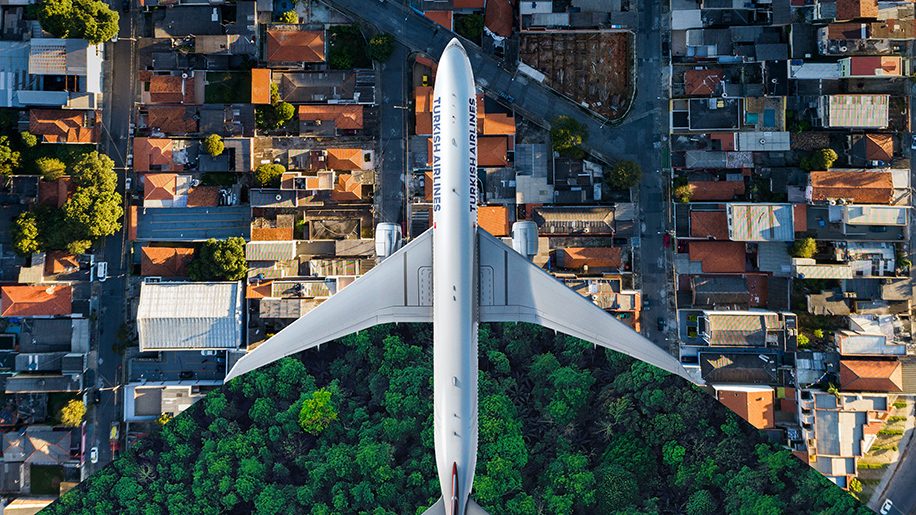 The programme offers flyers the chance to offset the emissions form their flights with a selection of projects which can be chosen at the time of offsetting.

The projects supported are predominantly within Turkey, though there are also projects in Eritrea (cookstoves) and Uruguay (reforestation).

All of the projects have been accredited by VCS  and Gold Standard.

The projects in Turkey are:

This solar project is located in the Maden district of Küçükova village, in the Elazıg province of Turkey. The project includes installing and operating four solar power projects as a bundle and has a total capacity of 3.83 Mwe with an estimated net electricity generation of 6963 MWh per year. The project is responsible for reducing 3,952 tonnes of CO2e per year.

Located in the Eastern Black Sea regional basin, Gümüshane province, Kurtun district of Turkey, this project has an installed capacity 70.844 MWm / 68.862 MWe. The project was commissioned and had been operating since 31 May 2012. It has an expected operational life of 35 years.

This wind power plant is located in the Balıkesir province of Turkey, near the coastline of the Marmara Sea. The project has been operational since 2006 and has 20 units of GE1,5SE wind power turbines with a total capacity of 30 MW. The project’s power plant has an estimated electricity generation of 109.9 GWh per year. The project activity will result in the annual emission reduction of 71,710 tonnes of CO2e.

In Eritrea the project is

This involves the distribution of approximately 8000 fuel-efficient cookstoves to households within the Anseba district in Eritrea. These cookstoves are intended for domestic use. Biomass is used widely in rural areas of Eritrea as a domestic fuel. Consumption of biomass as fuel has led to deforestation, loss of biodiversity, and CO2 emissions. The project aims to reduce wood fuel consumption through the domestic use of efficient cookstoves. The distribution of stoves started on 9th March 2015. The project will lead to a 60-70 per cent reduction in the wood fuel demand. Activities of the project will help stop environmental degradation and greenhouse gas (GHG) emissions and improve the living standards of rural communities and provide better health conditions, especially for the women and children who are managing the stoves. The project is in line with the National Energy Program of Eritrea, which aims to deliver environmentally sound energy services.

In Brazil the project is

The Maisa REDD+ Project is developed by the partnership between Biofilica Environmental Investments, Sipasa-Seringa, and Maísa-Moju Agroindustrial. It is located in Pará, in the city of Belém in Brazil. The project area has a historical background of land conflicts. This area faces the threat of deforestation due to timber production and extensive cattle ranching. The project is aimed to stop deforestation and forest degradation. Its activities cover three essential areas for forest conservation: climate, community, and biodiversity. Concerning climate subject, the project will result in emission reduction of a total amount of 2.023.743,8 tCO2eq. On average, the project activities will result in 67.458,1 tCO2eq emission reductions per year. The project aims to empower the local communities on the regional decision-making processes, which is vital for maintaining sustainable forest management practices. Lastly, the project supports biodiversity by helping to protect endangered species in its area. 8 tree species are endangered, and at least 29 animal species are at threat of extinction, as identified by comprehensive surveys.

Sharing his thoughts on the voluntary carbon offset project “Co2mission”, Turkish Airlines Chairman of the Board and Executive Committee, Prof. Dr. Ahmet Bolat stated; “We are continuing to take the initiative to combat the climate change which stands at the forefront of today’s global problems. Soon we will add another to our sustainability focused projects which are proving themselves with successful results. The projects supported by the carbon offset program will also show our heartfelt commitment to United Nations Sustainable Development Goals. The decision to implement this program is the result of our desire to conduct all our operations responsibly. I am sure that our passengers will also show great interest in the program with the knowledge that all of us are responsible for this beautiful world we share.”