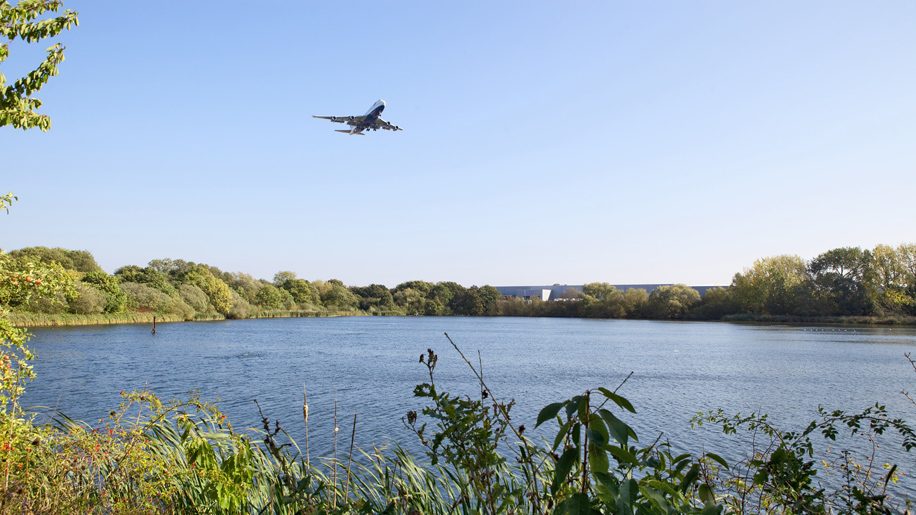 American Airlines has listed 12 airports at risk of climate change-related flooding in its latest environmental, social and governance (ESG) report. The airports include Miami, New York JFK, Los Angeles and Heathrow, all of which the airline uses ‘as major hubs’.

The list has been compiled because the airline says “rigorous management of ESG risks and opportunities is critical to the success of American Airlines and to the health of our planet.”

“It includes making targeted investments to address the demonstrated and high-probability risks associated with climate change that may affect our business, such as the impact of extreme heat on aircraft or of sea level rise at our major hubs.” 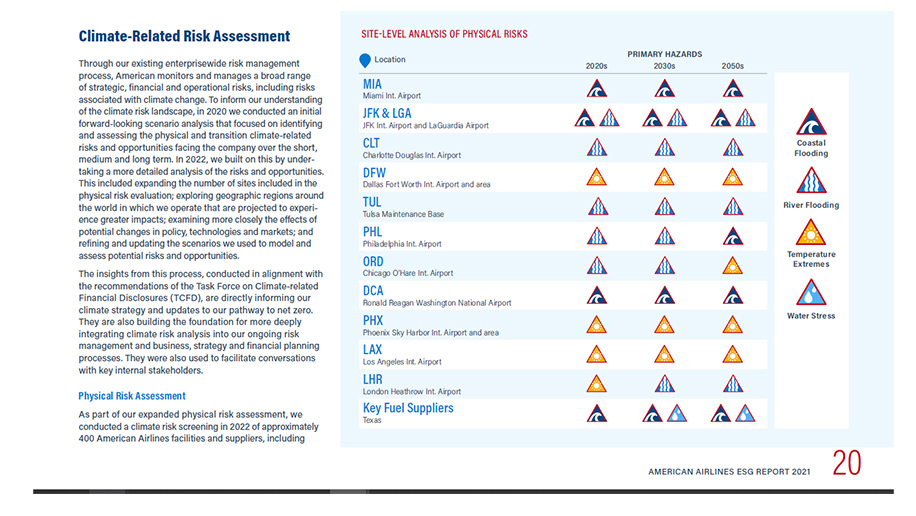 The focus on American hubs means that other airports, potentially more at risk of flooding, are excluded. These include a large number of airports in Europe, Northern American and Oceania, but risks are highest in Southeast and East Asia, a report from 2020 concluded.

That report said that these “coastal airports are disproportionately important to the global airline network, by 2100 between 10 and 20 per cent of all routes are at risk of disruption (see ‘Global analysis of sea level rise risk to airports‘, Aaron N. Yesudian from the School of Engineering, Newcastle University and Richard J. Dawson,Tyndall Centre for Climate Change Research).

American previously published its ESG report in 2020, but in this new report, there is “a more detailed analysis of the risks and opportunities.” This extra details includes:

As part of the physical risk assessment, the airline conducted a climate risk screening in 2022 of approximately 400 American Airlines facilities and suppliers, including airports, cargo facilities, data centres, maintenance facilities, offices and training centres around the world.

For each of these sites, it assessed the risk associated with temperature, coastal flooding, fluvial (river) flooding, tropical cyclones (Eastern Atlantic basin only), water stress, drought and wildfire. Its analysis was supported by The Climate Service (now part of S&P Global), a leading provider of climate science and analytics for business.

The results of its analysis “refined our focus on 12 strategically important sites for our company, which include hub airports that form the foundation of our network; our largest maintenance facility; our corporate headquarters, which is also home to our integrated operations centre and primary training facility; and a key fuel supplier. For each site, we assessed the exposure and implications of the projected key physical hazards in the 2020s, 2030s and 2050s…”

Heathrow has recognised the potential for flooding from ‘precipitation’ in its Climate Change Adaptation Report (CCAR) Third Round Progress Report.

Under ‘current climate-related physical risks’ it says that “High levels of precipitation can lead to drainage infrastructure becoming overwhelmed and lead to both surface and ground water flooding events”. 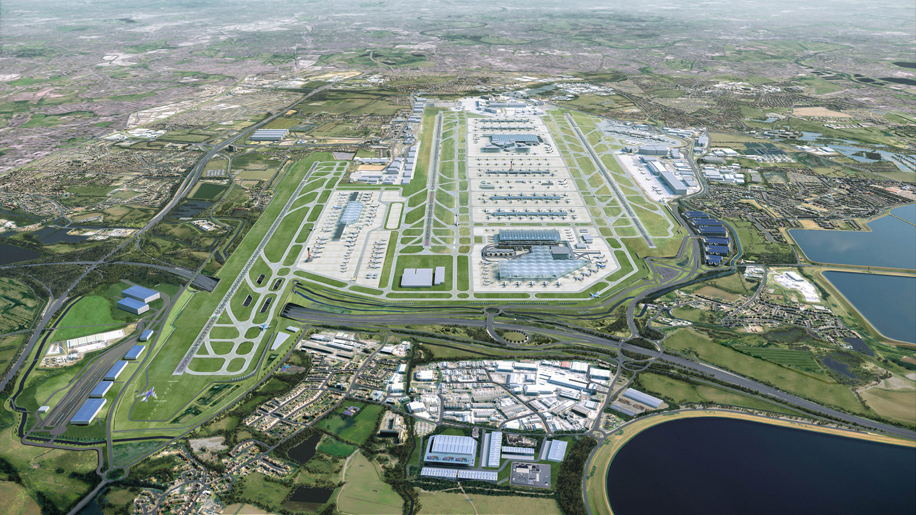 The airport details various improvements it is making to “Enhance adaptation strategies to identify areas most vulnerable to flooding, as well as parts of the network crucial for emergency services,” including integrating “green infrastructure solutions into developments, alongside implementing green Sustainable Drainage Systems (SuDS) to help reduce surface water flood risk”.

The airport says that it has “counter measures which range from increased monitoring and inspections of potentially affected areas of the airport to the deployment of flood barriers and use of pumping equipment.”

It has also completed a £30 million investment project to upgrade one of the three major surface water catchments at the airport since the last CCAR in 2016… “An updated assessment of the airport drainage network to respond to significant rainfall events is planned in 2022 to inform future operational and investment planning”.

For its part American says that “Scenario analysis is not a prediction or forecast of future events but rather a tool to explore and highlight central elements of possible futures”. Nevertheless, its new ESG report makes clear the situation.

“We know that the challenge of climate change is acute and imminent, and we recognize our industry’s contribution to it. We believe we have an obligation to our customers, team members, shareholders and the communities we serve to transition to operating a low-carbon airline.”

The news comes as UK Met Office’s latest State of the Climate report says that sea levels are rising much faster than a century ago.

State of the Climate 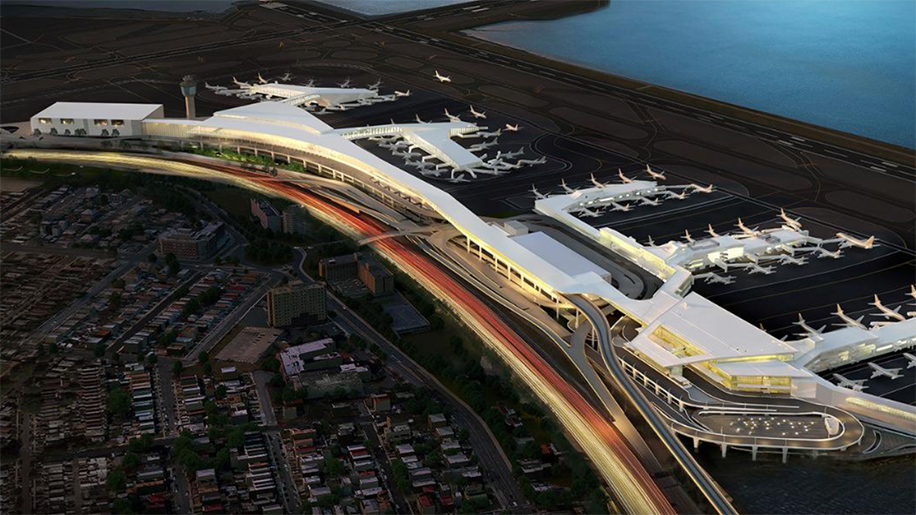 LaGuardia Airport – a hub for American Airlines – is run by the Port Authority of New York and New Jersey, and is currently undergoing a massive $8 billion redevelopment programe.

The Port Authority says that “To guard the airport against coastal flooding, a range of advanced flood mitigation measures have been implemented.”

An earthen berm and steel wall around the airport’s perimeter have protected the facility from an average of nine feet of water from high tide flooding and minor storm surge events for decades.

While the massive pumps placed strategically along LaGuardia’s perimeter are designed to be submersible, the sensitive electrical equipment (such as substations) that powers them still must be protected. Elevating substations reliably protects them from tidal flooding and storm surge, and the platforms on which they sit have been designed to accommodate projected future sea level rise.

The finished floor elevation at Newark Airport’s new Terminal One has been raised to elevate the facility over projected future flood levels. Critical areas of the new terminal will also be protected with deployable flood shields and flood doors. These measures can be deployed rapidly before the arrival of an impending storm.

Details of the measures being taken at New York JFK airport are currently not available.

Amsterdam Schiphol has been working hard to increase its resilience to flooding. It says that ‘green’ roofs are becoming increasingly common on its new buildings, acting like sponges to make sure that water is drained gradually.

It is also adjusting its rainwater drainage system with the regional water board and construction company Heijmans, installing three interconnected water systems below and next to the ‘U-platform’ (an area where aircraft are parked). These three systems are a larger than normal gutter to stop the rea from flooding.

When it is 70 per cent full, the water then flows into a water-storing foundation under the parking area which is 40 per cent hollow, storing the water, and also to a similar crate system under the grass next to the runway, further storing the water before it is then allowed to drain away, avoiding the ‘flash flooding’ which might otherwise take place. A video from Schiphol demonstrates the system (below- in Dutch). 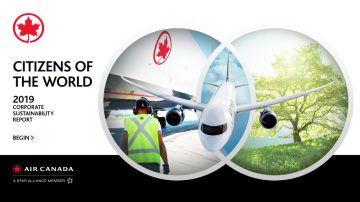