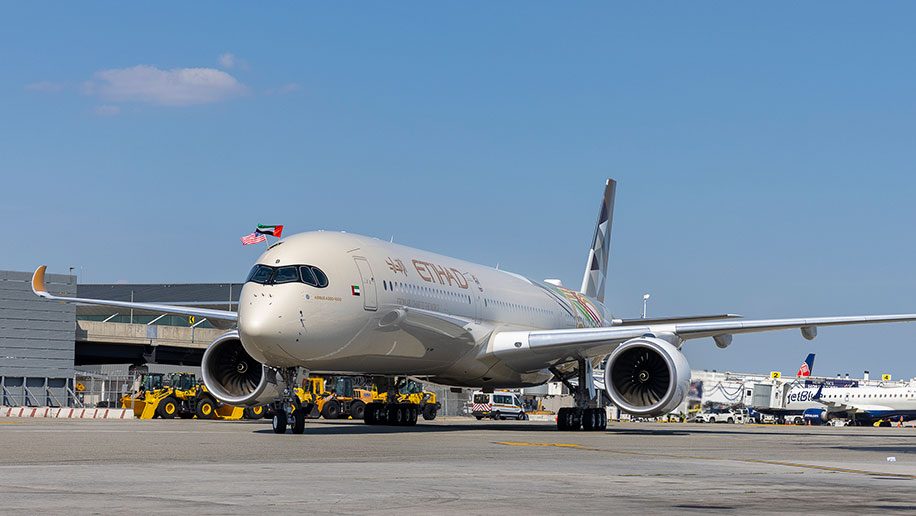 The aircraft, which accommodates 371 passengers, is one of five new Airbus A350s to join Etihad’s fleet this year.

Beginning now, all Etihad flights servicing New York and Chicago O’Hare International Airport will be operated by the A350, joining Mumbai and Delhi routes that began flying in April this year.

Martin Drew, senior vice-president Global Sales and Cargo, Etihad Airways said, “By introducing the A350, we have almost doubled premium capacity on our New York and Chicago routes to 44 seats in the business cabin, which provides a luxurious experience comparable to first class on other international airlines.”

The business class on this aircraft has 44 business studios with sliding doors that provide privacy to each suite. Etihad’s economy cabin is configured with 327 seats in a 3-3-3 arrangement, of which 45 ‘Economy Space’ seats have been enhanced with an additional four inches of legroom.

The Rolls-Royce Trent XWB-powered Airbus A350 is a fuel-efficient aircraft, with 25 per cent less fuel burn and carbon dioxide emissions than previous-generation twin aisle aircraft.

Formed as a partnership between Etihad, Airbus and Rolls Royce in 2021, the Sustainable50 programme will make use of Etihad’s A350s as flying testbeds for new initiatives, procedures and technologies to reduce carbon emissions. The airline says that it will also build on the learnings derived from Etihad’s similar Greenliner programme for the Boeing 787 aircraft type. 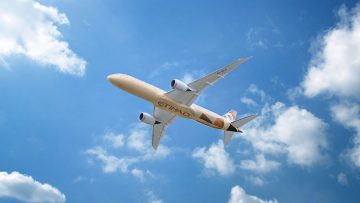 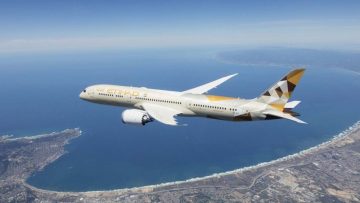 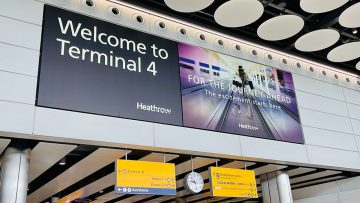