Qantas and Airbus have unveiled plans to “kickstart the Australian biofuels industry”, with an investment of up to US$200 million.

The Australian Sustainable Aviation Fuel Partnership follows the carrier’s order earlier this year for Airbus A350-100, A321 XLR and A220 aircraft, as part of its Project Sunrise ultra-long-haul flights and Project Winton domestic fleet renewal.

Qantas – which has committed to using 10 per cent SAF in its overall fuel mix by 2030 – said that the current lack of a local commercial-scale SAF industry meant the Australia was exporting millions of tonnes of feedstock every year, to be made into SAF in other countries.

Qantas will reduce carbon emissions by 25 per cent by 2030

The partnership with Airbus will initially run for five years, and Qantas’ financial contribution will include AU$50 million previously committed to research and development of SAF in Australia.

The airline said it had started to talk to its major corporate customers about their interest in accessing SAF offsets for their organisation’s flying, with the input “shaping the design of a programme that could also be extended to individuals in an expansion of the existing offsetting program Qantas already has in place”.

Last year the carrier announced a new Green tier for its Frequent Flyer loyalty programme, which sees members rewarded with benefits including bonus Qantas points or status credits in return for completing “sustainable activities” across six areas including offsetting flights, and “contributing to a sustainable organisation or project”.

“The use of SAF is increasing globally as governments and industry work together to find ways to decarbonise the aviation sector. Without swift action, Australia is at risk of being left behind.

“With this investment, Qantas and Airbus are putting our money where our mouth is and betting on the innovation and ingenuity of Australian industry.

“Aviation is an irreplaceable industry, especially for a country the size of Australia, and one that’s located so far away from so much of the world. Future generations are relying on us to get this right so they too can benefit from air travel.

“This investment will help kickstart a local biofuels industry in Australia and hopefully encourage additional investment from governments and other business and build more momentum for the industry as a whole.

“It makes a lot of sense for us to put equity into an industry that we will be the biggest customer of. We’re calling on other companies and producers to come forward with their biofuel projects. In many cases, this funding will be the difference between some of these projects getting off the ground.

“The aviation industry also needs the right policy settings in place to ensure the price of SAF comes down over time so that the cost of air travel doesn’t rise. We’ve had some encouraging discussions with the incoming Australian Government given their strong focus on emissions reduction and look forward to that progressing.” 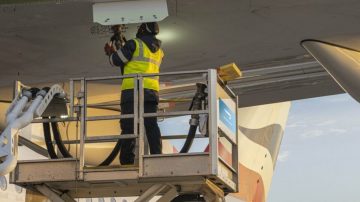 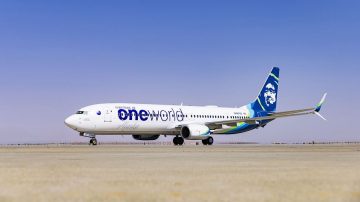