The Chief Executive Officer of Heathrow Airport, John Holland-Kaye, has warned that the disruption in the aviation industry could last for another 18 months.

Speaking at a conference organised by the Financial Times yesterday, Holland-Kaye said, “I think it will take 12 to 18 months for the aviation sector to fully recover capacity, so we will have to really carefully manage supply and demand.”

The solution, according to Holland-Kaye, was for the government to further ease the rules around security background and employment history checks for new staff.

“The airlines had a very tricky time over the last couple of years so it’s not that surprising in some ways that they find themselves in this situation. I think overall, outside the half term holidays they have managed the restart of travel relatively well, considering the hand of cards they were dealt with.”

“They were the first into Covid restrictions and the last out. The furlough scheme that the government offered stopped in September even though the restrictions remained until March this year. So they found themselves in the a difficult position of having no support from the government, and no demand, and therefore no cash, so that was why they had to restructure and take people out of the business because they couldn’t afford to pay them. And then they arrived back in a very very saturated labour market, probably the most saturated it has been in decades and have a difficult job now of re-resourcing up to meet the demand which has come back in a lot faster than anyone was expecting, both on the holiday side and on the business side.”

Crawley said to help this resourcing the government should open up, on a temporary basis, EU visas.

“Some airlines relied on European workers for up to 30 per cent of their workers, so that labour pool not being available adds to the challenges.”

Crawley also said that the “Use it or lose it rule” on airline slots was also causing cancellations, since before the pandemic airlines had to use it for 80 per cent of the time. This was suspended but then reinstated, and the UK government said airlines must use the slots 70 per cent of the time, while the EU went to 60 per cent. Crawley said that if the airlines didn’t have to fill all those slots, it would also help the situation. Finally there are delays on background checks. “What before the pandemic used to take three to four weeks is now taking up to 12 weeks, which obviously adds a lot of problems.”

With regards to business travel, Crawley said it was returning

“The momentum of the recovery is very strong. By mid-April we were back to 70 per cent of pre-pandemic demand and that trend continues – that was down at 25 per cent in January, so you can see the pace of business travel recovery.”

“The actual disruption doesn’t affect business travellers quite so much. Most of the airlines have done most of their cancellations outside the two week window when business travellers book, and indeed they tend to fly on routes with higher frequencies, so if one is cancelled you can get another, unlike leisure passenger routes.” 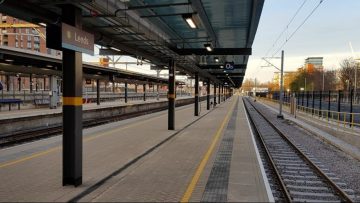 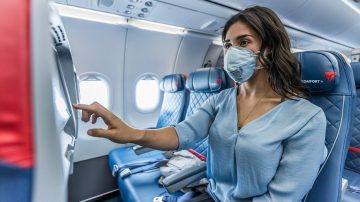