Singapore Airlines has returned to pre-pandemic flight frequencies on its key London Heathrow route, and will increase flights to Manchester from next week.

Meanwhile the airline’s service between Singapore and Manchester (and onwards to Houston – a fifth freedom route which resumed in December 2021) will increase to four-times-weekly from June 7, using A350 aircraft.

Between Manchester and Singapore

Between Manchester and Houston

“We are very pleased to offer more travel options to our passengers, who will also enjoy award-winning service from our cabin crew on all flights.”

Loading comments...
Read Next
Five reasons why InterContinental Fujairah Resort is a must-visit this summer
Read Previous
Westin Hotels and Resorts teams up with Strava for Global Running Day 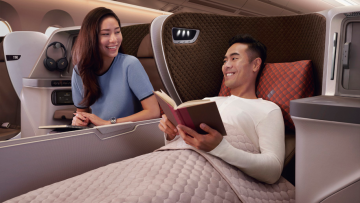