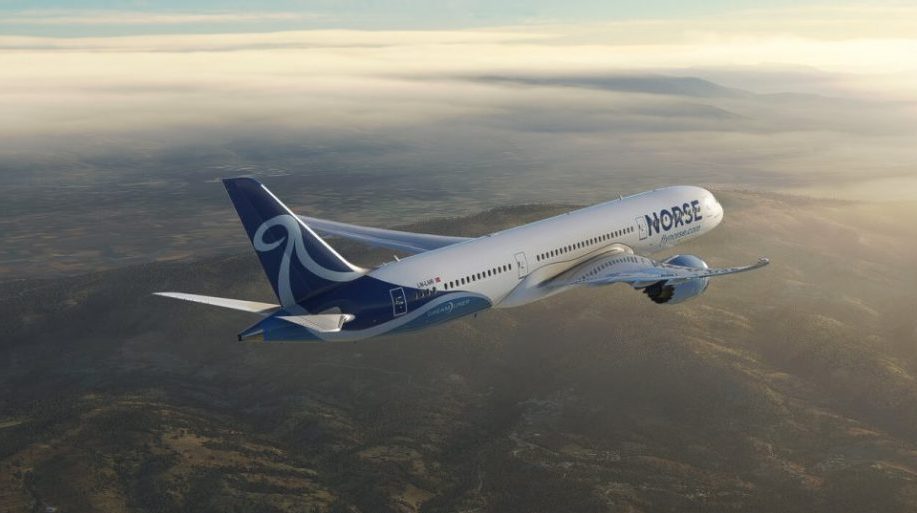 Norse Atlantic Airways has announced details of its initial routes and fares, with flights set to launch from Oslo in mid-June.

The start-up carrier will operate its first transatlantic service between Oslo and New York JFK on June 14, with daily flights available from July 4. One-way fares on the route will start from NOK 999 or $129 each-way, including taxes.

These last three destinations will all operate three-times-weekly. Tickets are now on sale for the launch routes.

Norse Atlantic will offer a two-class economy and premium layout on its B787 Dreamliner aircraft, the latter of which features a 43-inch seat pitch and 12-inch recline.

There are three fare options – Light, Classic and Plus – the last of which includes “the maximum baggage allowance, two meal services, an enhanced airport and onboard experience and increased ticket flexibility”.

Norse plans to eventually operate a fleet of 15 B787 aircraft previously flown by Norwegian, but recently announced plans to sublease four of its Dreamliners to Air Europa, stating that they are now “aircraft that we were not planning to fully utilize in our start-up phase”.

In March the carrier confirmed that it had been awarded slots at Gatwick airport “at no cost”.

“This is a major milestone for all of us at Norse Atlantic Airways and a testament to the dedication and determination of colleagues from across the airline who have made this possible.

“Norse now offers the lowest one-way point to point transatlantic fares in the market. Whether travelling on business, leisure or simply wishing to explore the world, Norse now makes it possible for everyone to explore for less.

“Our modern, comfortable and more environmentally friendly Boeing 787 Dreamliners are ready to take to the skies and our pilots and cabin crew are looking forward to welcoming customers on board from June.

“The introduction of affordable Norse Atlantic Airways point-to point flights between Europe and the United States, will benefit both local tourism and businesses.

“Not only are we directly investing in the countries that we operate by employing local staff we are also supporting job creation across the wider tourism and service industry.”